12 Of The Worst Queens In History 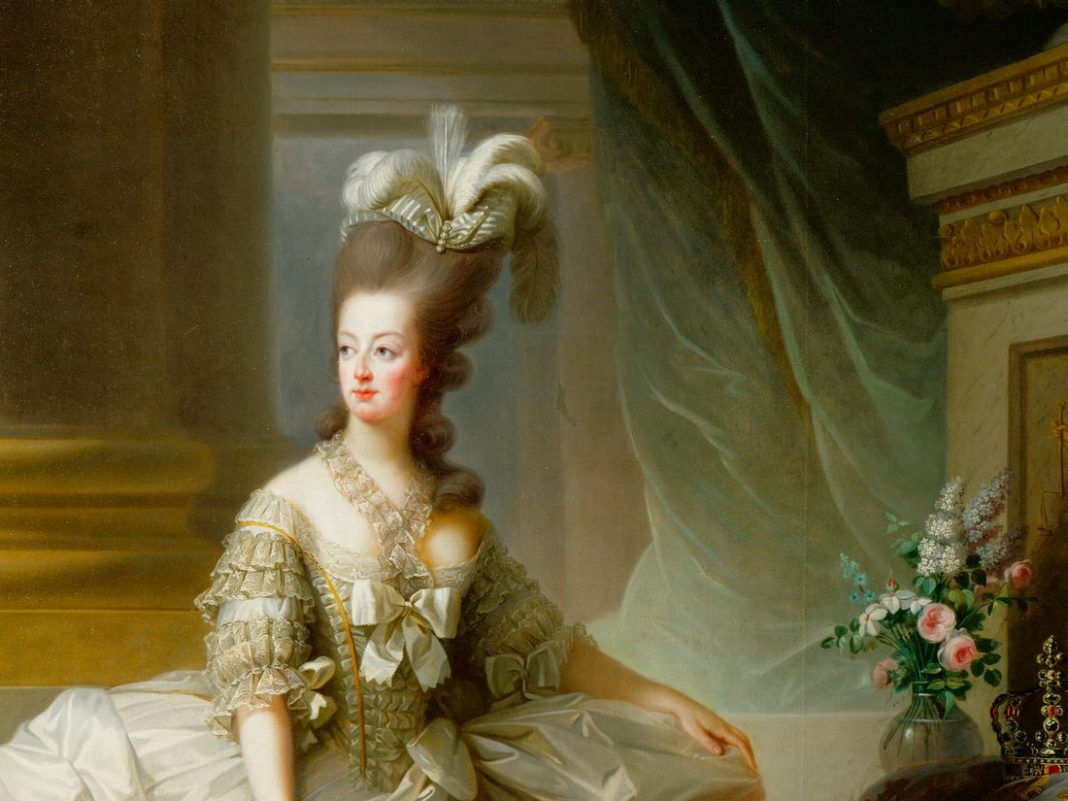 Whenever you hear the words “worst queens in history”, French queen Marie Antoinette comes to mind first right? However, history is littered with other queens who were equally worse if not more. It is often said that the ill-behaved always make it to the books. Over the years, we’ve heard of royals who changed the course of history, in both good ways and bad. These queens are just like us; however, they assumed that they could get away with anything. A few of them were strong rulers but were heartless and the others were simply deranged.

Take a look at the 12 worst Queens in history.

1. Maria Eleonora of Brandenburg thought her daughter was a “monster”

Maria Eleonora of Brandenburg, the Queen of Sweden, wasn’t thrilled after delivering her daughter, Queen Christina. After desperately wanting a son, Maria screamed that she was given a dark and ugly daughter, with black eyes. She referred to her as a “monster” and tried to kill her several times. She even made Christina sleep next to the rotting body of her dead father. How evil is that!?

2. Wu Zetian – The Empress who killed her mother and grandchildren

Empress Wu Zetian was the only female supreme power throughout China’s history. She is said to have taken the position by force and carried out several slayings in the Tang dynasty. She did so to protect her status. Rumour has it that she killed her mother and her grandchildren for going against her.

3. Spain’s Queen Isabella forced Catholicism on the people of her kingdom

4. Portugal’s deranged Maria I – One of the worst Queens in history

The first Queen of Portugal, Maria I, is known for her madness. She began losing her sanity in 1786 after the death of her husband. The queen showed signs of violence, derangement and was hysterical. In 1792 she was declared legally insane after losing both her son and confessor. Soon, her younger son John took over the throne.

5. Empress Irene of Athens ordered her son’s eyes to be gouged out

Byzantine empress, Irene of Athens, ruled between 797 to 802 CE. She co-ruled with her son for two decades before leading the kingdom by herself. Her son Emperor Constantine VI was an unpopular Emperor; the mother-son duo was indeed a Greek tragedy. The Empress was an ambitious woman and wanted full control of the Byzantine Empire. With the help of some political allies, Irene led a conspiracy against her own son.

Ultimately, the mother and son reconciled; however, that wasn’t the end. In 786, the public turned against Constantine after he decided to divorce his wife and marry his mistress. Irene took advantage of this and once again conspired against her son. She ordered the arrest of Constantine and gouged his eyes out.

6. Queen Ranavalona I, one of the worst Queens in history who subjected her mother to extreme hunger

Queen Ranavalona I ruled Madagascar between 1828 and 1861. There is no doubt that she was fierce and would do anything for her kingdom. After King Radama I, her husband, passed away, she took over the crown. During her reign, she got her uncle executed to protect her power and some records state that she ended her mother’s life by subjecting her to extreme hunger.

7. The Queen with no heart – Catherine de Medici

It was no new news that Henri II of France had a lifelong affair with his mistress Diane de Poitiers. While on his death bed, he begged his wife, Queen Catherine de Medici, to allow him to see her. However, the queen didn’t give in to his plea and even denied Diane entry into the room. The King died a lonely and painful death without his love by his side. However, that wasn’t what made her a terrible Queen.

The Queen Mother had a rebellious daughter named Margaret who dared to cross her and Catherine took her revenge for this. Catherine would fight over her married daughter’s adultery and affairs. It is said that Catherine’s screams could be heard echoing throughout the palace. During one instance when the Queen Mother found out about her daughter’s new romantic interest, she locked her up in a castle and never saw her again.

We understand that these emotions may have stemmed from the fact that Catherine’s husband had a mistress. But, she proved herself as one of the worst queens in history when she ordered her daughter’s romantic interest to be executed in front of her! Her son, King Henry, found that cruel as well. He had him executed, but not in front of his sister.

8. One of the all-time hated queens, Marie Antoinette

France’s Queen between 1774 and 1792 was Marie Antoinette. She was also the last Queen before the French Revolution. Marie Antoinette had quite a reputation for splurging on expensive things and found herself in many scandals.

One such scandal was the Affair of the Diamond Necklace. Countess de La Mott, a young lady, pretended to be the Queen’s friend and entered the French court in 1785. She fooled a high society member into believing that Antoinette loved him. She even hired a prostitute and disguised her as the queen and convinced the man that Antoinette wanted to purchase a diamond necklace. The jewelry cost $1,600,000 Livres then, which is almost $12,000,000 today. The money was never paid and the Queen had no clue about what had taken place. Although Antoinette was innocent, the public despised her.

History’s most hated Queens, Marie Antoinette, is known for her infamous dialogue. When the French subjects could not afford bread, she said, “Let them eat cake” – which fueled the French Revolution and ultimately led to her execution. Till date, Antoinette is regarded as one of the worst queens in history. However, historians now believe this was all just clever propaganda. Read about 5 Myth-busting Facts about Marie Antoinette.

Mary I, also known as “Bloody Mary”, ruled a Protestant county as a Catholic queen. Although Mary I was the first real Queen of Britain, her reign only lasted five years. She ordered war against the Protestants and slew several of them for heresy. She even burned some on the spot; the Queen was responsible for burning over 300 Protestants.

10. Queen of Castile caressed her husband’s dead body for years

Juana la Loca was the Queen of Castile from 1504 to 1516 and she suffered from various mental disorders. After her husband died in 1506, her father buried his body. However, Juana used to open the tomb and caress her husband’s dead body. Ultimately she ordered to dig out the body and kissed her husband’s feet. Additionally, she would carry his coffin everywhere with her and kept it under her bed. Years later, she allowed his burial outside her window.

Queen Catherine the Great of Russia wasn’t Russian and her name wasn’t Catherine either. After her mother-in-law died in 1762, Catherine came into power. Her husband Peter became the Emperor. However, people didn’t like him much as he showed a very obvious dislike for Russia. Catherine, on seeing this, decided to overthrow her husband. Although there is no evidence of the queen’s involvement, Peter was assassinated and Catherine was crowned as Empress Catherine II. Records state that “it was committed by her supporters, and public opinion held her responsible.” Although she was a strong ruler, she is also known as one of the worst queens in history.

12. Diane de Poitiers- The one who made Catherine de Medici a third wheel

Since we included Catherine de Medici in our list, it’s only fair to bring up her husband’s beloved mistress. During King Henry II’s reign, Diane was more than just a regular mistress. She was intellectually and politically sound. Due to this, she wrote several of Henry II’s official letters. She would even sign for him, with his permission of course. Moreover, he even allowed her to add her signature to some of these letters. Sometimes, they even signed the letters with their couple name “HenriDiane.” Cringe!