Why did the U.S. enter World War I? – Reasons | Key facts | Brief Overview 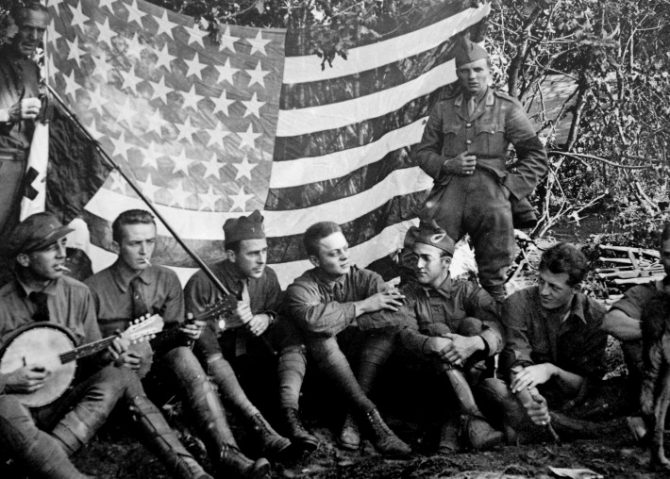 The question is why the U.S. entered World War I, it was neutral in the beginning so what made it change its decision later?

The U.S. entry in World War I was for a short while but it left a huge impact. By the time it participated in the war, half the world was already at war. World War I originated in Europe in 1914 and spread throughout the world. The war subsequently ended in 1918.

Let’s take a look at the main reasons, key facts and a brief overview as to why the U.S. entered World War I.

1) World War I began in Europe in 1914 and spread throughout the world. Subsequently, it became the largest and deadliest conflict in history.

2) In 1914, the president of the United States Woodrow Wilson declared that America would be neutral during the war.

4) The American companies also provided raw materials and food to both the Allies and the Central Powers during this time. 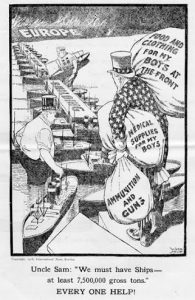 5) The banks of the U.S. also provided these warring nations with loans. 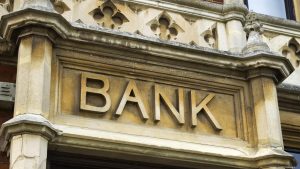 6) The U.S. starts having doubts about staying neutral during World War I.

The U.S. was maintaining its neutrality quite well, but one incident made it doubt its decision. The Germans were growing more and more aggressive in their warfare. They subsequently sank the RMS Lusitania which had 128 Americans on board. This incident was detrimental to the relationship between Washington and Berlin.

President Wilson then warned the Germans that such warfare would not be permitted and the U.S. restricts such violation of international laws.

The American public was outraged with the sinking on the RMS Lusitania, now they had an interest in the war. They wanted the president to take action against the Germans. Additionally, former U.S. President Roosevelt Theodore also wanted President Wilson to advocate the war, for this, he promoted the Preparedness Movement, whose aim was to prepare and strengthen the U.S. military. President Wilson was not in support of this movement then and opposed it.

Pancho Villa, a Mexican general launched a raid against Columbus, Mexico. Following which many American troops were sent to hunt him down. This incident arose doubts about the preparedness of the American military.

9) The signing of the National Defence Act.

The lack of preparedness of the U.S. military was a major concern. To solve this problem, Congress passed the National Defence Act in June 1916. This act significantly increased the number of troops in the Army and National Guard. Subsequently, in August, Wilson signed a law to strengthen the Navy.

The slogan for Wilson’s 1916 campaign was that he kept the American public out of World War I, but America’s neutrality was soon about to change.

In spite of the U.S. warnings, Germany severely damaged a French passenger ship. All the people on the French ship Sussex were killed and the victims included American passengers. Due to this incident, the U.S. threatened to cut off all ties with Germany.

Following this threat, Germany issued the Sussex pledge. They promised not to sink passenger ships without prior warnings.

Although Germany issued the Sussex pledge, it did not keep its promise for long. In January 1917, Germany made a radical declaration. It declared that it will implement unrestricted submarine warfare. Subsequently, within the next 3 days, the U.S. severed all diplomatic ties with Germany. This incident was another reason for the U.S. entry in World War I. 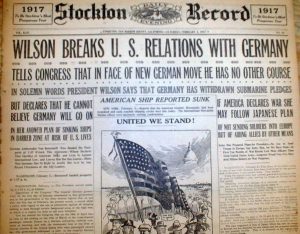 Just within 3 hours after America broke all ties with Germany, they sank the American liner called Housatonic. The U.S. Congress subsequently passed the $250 million arms appropriations bill on 22 February 1917. The U.S. was hence preparing for war.

The Zimmermann Telegram was another major reason for the U.S. entry in World War I. In January 1917, the British intercepted a telegram between Germany’s foreign secretary Arthur Zimmermann and Heinrich von Eckardt, the German ambassador to Mexico. The telegram was deciphered and it showed the proposed alliance between Germany and Mexico.

The proposal was that if America was to side with the Allies, Mexico should subsequently be allied with Germany. Once Germany became an ally of Mexico they would help Mexico win back the territories Mexico lost during the Mexican-American war. These territories consisted of Texas, Arizona and New Mexico. Additionally, the telegram communicated of forming an alliance with the Japanese so that they could be a part of the German cause.

The British then showed this message to President Woodrow Wilson on February 24, 1917. Subsequently, the telegram was featured and showed in the American press. The telegram along with the sinking of various American ships done by the Germans enraged the American public. These proved to be major reasons as to why the U.S. entered World War I.

16) On April 2, 1917, President Wilson met Congress and asked for a declaration of war against Germany. He proclaimed that the world must be a safe place for democracy. Four days later, Congress came to a decision and granted his request.

18) Another reason why the U.S. entered World War I was because they had a vested financial interest. The U.S. had loaned a huge amount of $1.5 billion to the Allies! In comparison, they had only loaned $8 million to the Central Powers. Hence if the Allies didn’t win they were unlikely to get their enormous sum of money back.

19) Anti-German Propaganda additionally fuelled the U.S. public’s sentiments. The Germans were often painted as monsters for the atrocities they committed. Numerous war propaganda posters, pamphlets and articles were distributed throughout the nation.

These depicted German as barbaric people. Some propaganda even compared them to the Huns, the Asian warriors who destroyed the Roman empire, the Germans were said to be doing the same to Europe.

World War I was a war which involved most of the world. Many unusual and historic events took place during this war. Read Pigeons, dogs and Kings. These 12 World War I Facts will blow your mind