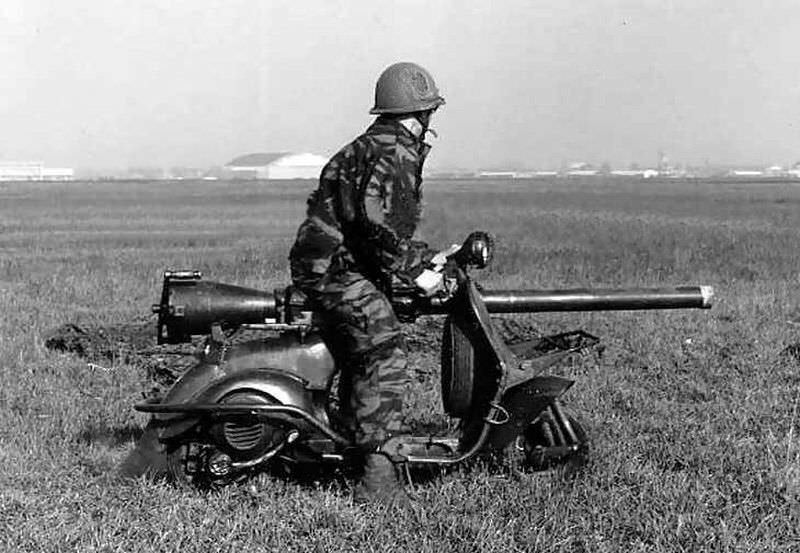 Since time immemorial, weapons have been an integral part of warfare. Consequently, humans have invented weapons as per the need of the hour. In the end, we invented destructive and effective weapons such as guns and tanks. However, some tried inventing weapons that seemed to have come out of a fictional novel! Let us explore such weird weapons in history, from lipstick guns to exploding rodents.

Let us take a look at the 15 Weird (Yet Deadly) Weapons in History.

The gauntlet dagger is a pretty straightforward weapon. It is also known as the punching dagger. The weapon encompassed a push dagger that extended from a leather or metal sleeve. It was designed for close combat and the bearer would essentially punch holes in his opponent. 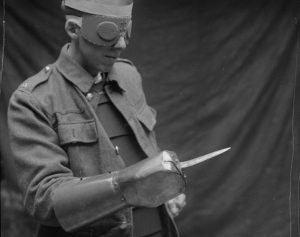 2) The claw of Archimedes

This weird weapon in history was essentially an iron claw devised by the Ancient Greeks to defend the city-walls of Syracuse from naval attacks. The ancient weapon was sort of a crane equipped with a grappling hook. This mechanism allowed the weapon to partly lift the attacking ship out of the water and either cause it to capsize or suddenly drop. These devices were also used during the Second Punic War and were instrumental in sinking many Roman ships. 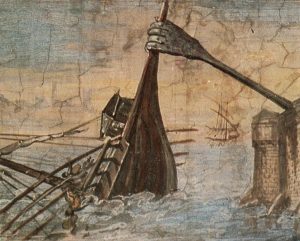 The Nazis planned to build an orbital weapon that would harness the heat from the sun. The concentrated heat would then be focused to burn cities and boil water sources. According to the plans, the space weapon would have been mounted on a satellite with a concave mirror attached to it. This would allow the weapon to focus the sun’s heat on a single target. 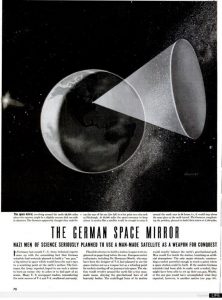 The Soviets came up with an ingenious weapon against the Germans during World War II. Essentially dogs were strapped with explosives and were sent on missions to destroy enemy equipment. The dogs were intensively trained and carried up to 12 kgs of explosives on their backs. 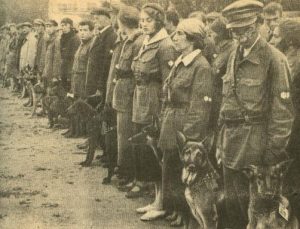 During WWII, Britain’s Special Operations Executive(SOE) came up with various weird weapons, one of them included ‘exploding rats’. Essentially about 100 dead rats were sliced open and then stuffed with explosives. The plan was to strategically place them near specific boilers. Once someone noticed a dead rat next to the boiler, they would have tossed it into it- thus causing a huge explosion. However, the plan was never tested as the Germans intercepted the box of dead rats. 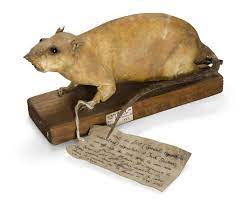 A poison pen sounds like something out of a spy novel right? However, this weird weapon exists in real life as well. The poison pen was one of the weapons found in the briefcase of a North Korean assassin in 2011. The device was essentially a Parker ballpoint pen that contained a poison needle; that paralysed and suffocated its victim.

Another weapon found was the flashlight gun. The unsuspecting flashlight was loaded with up to three bullets that were capable of firing accurately.

The Vespa 150 TAP was specifically designed for the use of French paratroops. These ‘bazooka scooters’ were mounted with an M20 75mm recoilless rifle which was a light anti-armour weapon. According to sources the weapon could either be fired from the moving scooter or was dismounted and fired. During the war, the scooters would be parachute-dropped in pairs and were accompanied by a two-man team. Plus they were deployed with a trailer which was used to carry additional supplies and a lightweight stand for the M20. 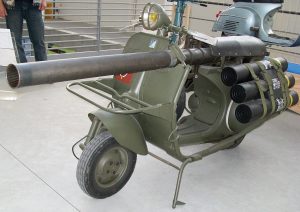 Another weird weapon developed during WWII was the bat bomb. The U.S. military essentially planned to strap bats with bombs and have them dropped onto the Japanese cities. However, due to complications in logistics, the plan was nixed. 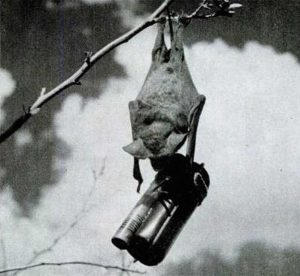 In an attempt to spy on the Russians, the CIA came up with a bizarre idea to use cats as spies. The project was titled ‘Acoustic Kitty’; where the cat was implanted with a microphone in its ear canal, a small radio transmitter at the base of its skull and a thin wire into its fur. This enabled it to record and transmit sound from its surroundings.

For its first official mission, it was supposed to eavesdrop on two men sitting in a park. The cat was released nearby, however, it wandered into the streets and was fatally hit by a passing taxi. The CIA held subsequent tests as well but they were a failure. Project ‘Acoustic Kitty’ was thus nixed. 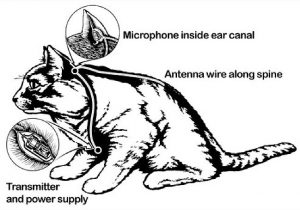 The Americans developed the stink bomb in an attempt to humiliate the Germans. The weapon was called ‘Who me?’ and was filled with noxious fluid. Although the bomb got the job done, it had one big drawback. The mixture was so foul-smelling that it was impossible to ‘bomb’ the target without contaminating everything in the area, the sprayer included. 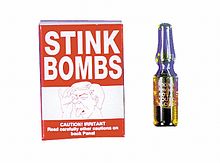 The kiss of death was a lipstick gun developed by the KGB during the Cold War. This weird weapon in history was a single-shot pistol that was disguised as a tube of lipstick. 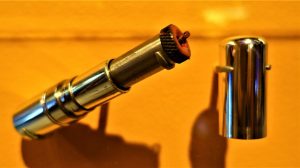 The Fu-Go balloon bombs were developed to instil fear in the Americans. The Japanese would launch paper balloons that carried explosive devices. These balloons would then silently float all the way over to America. According to reports, by April 1945 about 1000 Fu-Go balloon bombs reached North America. However, due to the weather conditions, the balloons were rendered ineffective. Ultimately, despite so many launches, only one resulted in the loss of human life.

A Bulgarian umbrella was a poisonous umbrella that contained a hidden pneumatic mechanism. The mechanism allowed the user to shoot a poisonous pellet at a particular target. This umbrella was used during the assassination of a dissident writer. The man thought he had been stung by a bee and died four days later. 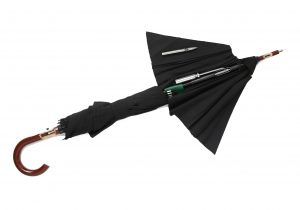 Krummlauf essentially translates to a curved barrel. It was a curved rifle designed by the Germans during WWII. The weapon included a periscope sighting device and was meant for shooting around corners. Ultimately, the weapon was a failure and had a very short lifespan. 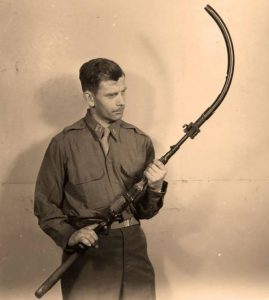 The gun is named so as it resembles the musical instrument. The harmonica gun is also known as the ‘slide gun’. It was a breechloader firearm and had a steel slide. Additionally, it contained several chambers bored in it and these were filled with projectiles. 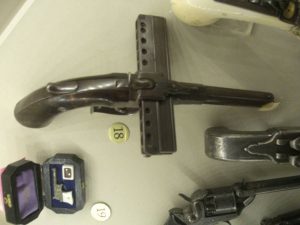 Enjoyed the above article? You may also enjoy 8 Forgotten weapons you need to know about!