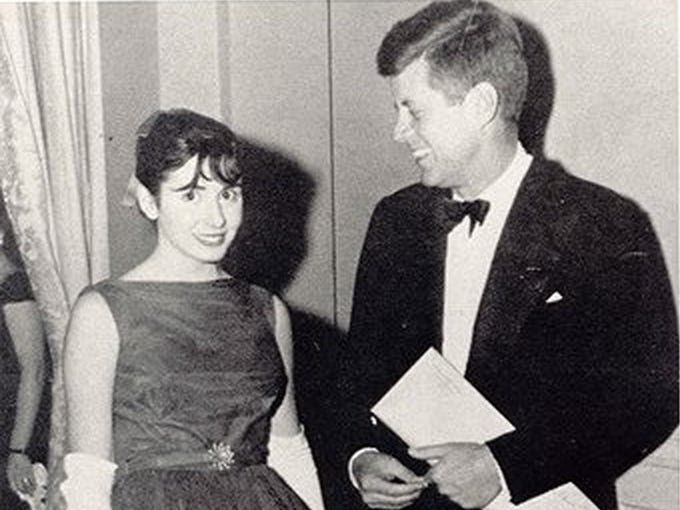 Presidents worldwide have been and are always under the limelight, especially in the United States. More often, the public loves to hear about their family lives rather than their political careers. It is no doubt that former President Barack Obama and First Lady Michelle Obama gave us relationship goals and are the inspiration for several. While swooning over their adorable gestures and photographs, you must read of some presidents who had the worst family lives owing to their ‘tendencies to stray’. Check out some of the most scandalous US presidential affairs!

1. There is DNA evidence that Thomas Jefferson is the father of slave, Sally Hemmings’ children

Thomas Jefferson had a long term sexual relationship with Sally Hemmings, a slave. He was accused of fathering her children when he started off as an office-bearer. A DNA test taken in 1998 revealed that Hemings’ children showed as descendants of Jefferson.

Warren G. Harding served as a president for only two years, after which he died of a heart attack in 1923. After his death, Harding’s mistress Nan Britton released a book with all his secrets. Through this book, the public learned about his secret daughter, Elizabeth Ann, with Britton. Although Harding’s relatives went against these claims till 2015, a DNA test said that the president’s grandniece and grandnephew were second cousins to Nan’s great-grandson. This proved that Elizabeth Ann was the biological daughter of Harding.

This isn’t it; in 2014, some intense love letters between Harding and his other mistress, Carrie Fulton Phillips, was leaked. In the letters, “Jerry” was the code name given to Harding’s penis. The family tried hard to keep the messages under the sheets and we aren’t surprised as to why they did so!

3. Does Franklin Roosevelt’s paralysis come to his defense?

Many weren’t aware that Franklin Delano Roosevelt, the US president who serve for the most extended period, was a victim of polio and confined to a wheelchair most of the time. Marguerite LeHand worked for him before polio struck when Roosevelt worked as a Wall Street lawyer. When he got posted as the governor of New York, she accompanied him to Albany as his secretary. LeHand did the same when Roosevelt moved to the White House in 1933. Although his family denies any sexual relationships between the two (an argument supported by the nature of his disease and paralysis), several others disagree as the duo were inseparable before Roosevelt contracted polio. After Marguerite died in 1944, Eleanor Roosevelt claimed that the former provided “…someone else to meet the need…” when she couldn’t. Although we don’t know for sure if this was a US presidential affair, many consider it one.

4. Roosevelt’s presidential affair ended after his lover fled the scene seconds after his death.

Eleanor Roosevelt hired Lucy Mercer as her secretory in 1914. An affair between Franklin Roosevelt, who was Assistant Secretary of the Navy, then and Mercer began in 1916 when Eleanor and her children left for a vacation. Although the wife fired her in 1917, Mercer enlisted herself in the Navy and Franklin assigned her in his office.

After discovering a series of letters between the duo, Eleanor demanded a divorce in 1918. However, Franklin was afraid that it might impact his political career. His wife then forbade Franklin from having any contact with Lucy, who left Washington and married a rich widower. However, for almost a decade, the two kept in touch. They met a lot, but the intimacy the couple shared was questioned due to Roosevelt’s disease. In fact, Lucy was with him when he was hit with fatal bleeding; however, she left the spot in minutes. After hearing this, Eleanor was beyond furious according to sources.

5. Number of times the Trumps gave us couple goals = 0

Let’s admit it; the current American president Donald Trump isn’t always featured in the headlines for the noblest of things. This includes his alleged troubled marriage with wife Melania Trump. Several reports suggest that in 2018, Trump paid a porn star to keep his alleged affair with her beneath the sheets. The duo’s supposed affair dates back to 2006 – a year after he married his wife and the same year, their son Barron Trump was born. This sex scandal almost ruined Trump’s presidency campaign too! Although we don’t exactly know what might have been up between the two on those days, you are sure to have seen Melania Trump refusing to hold her husband’s hand on various occasions. A presidential affair or not, the Trumps most definitely are nobody’s couple goals.

6. George Washington is the alleged father of an estate slave’s children

George Washinton is undoubtedly one of America’s most significant figures, as he was the country’s first president. However, was his personal life all that great? Take your guess. According to reports, Washinton fathered children of one of his Virginia family estate’s slaves, Venus. Between 1784 and 1785, Venus gave birth to a boy named West Ford. The masters gave Ford special treatment; he was free and taught the trade. Although some historians believe that Ford’s father was the president, others say that Washinton may have been sterile since he and his wife Martha had no children. Moreover, Washington was unlikely to take such a risk in his political career. Although there is DNA proof the Sally Hemmings had sexual encounters with Thomas Jefferson, the third president, there is no evidence about Venus and George Washinton’s relationship.

7. Lyndon Johnson, the ‘master of presidential affairs’, boasted that he slept with more women than JFK

Lyndon B. Johnson had an on and off affair with Alice Glass from 1939 to the early years as president. As Glass and one of Johnson’s donors were together, the duo took a massive risk. She broke up with him later due to her opposition to the Vietnam war. Although the president didn’t seem to care much about his wife, Lady Bird Johnson, she knew about Glass and the other women her husband slept with. A source said, “[Lyndon] Johnson was so casual in his affairs with Alice Glass and his congressional colleague Helen Gahagan Douglas that Lady Bird … was openly humiliated.” We aren’t too surprised since this comes from a man who exposed his genitals with pride.

8. John F Kennedy may have slept with Marilyn Monroe

Although not many spoke about it about during his time, almost everybody knows that former president John F Kennedy slept around with many women, including Marilyn Monroe, some suspect. There is evidence suggesting his sexual relationship with a nineteen year old intern and his wife’s friend.

Check out some intriguing facts about George Washington!

Previous articlePigeons, dogs and Kings. These 12 World War I Facts will blow your mind
Next article10 Legendary Medieval Knights in history