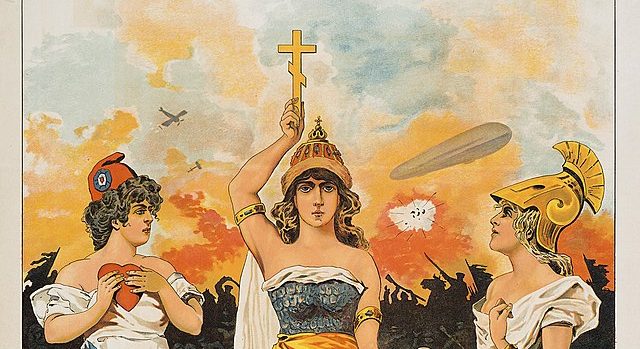 The triple entente is an association between the nations of Britain, the Russian Empire and the French Third Republic. Entente comes from the French word ‘entente’, which means an agreement or friendship. The triple entente was established upon the 1894 Franco-Russian Alliance, the Paris-London agreement of 1904 and the 1907 Anglo-Russian entente.

Let us look at the 18 key facts about the Triple entente.

1) 1894- The forming of the Franco-Russian Alliance

Russia had large manpower but their nation wasn’t financially strong. Additionally, the French worried about the Germans. And the Russians shared the same worries. Russia was also recently diplomatically isolated due to the non-renewal of the Reinsurance treaty. Moreover, due to this fact, Russia had developed a rivalry with Austria-Hungary. These factors made them enter into an agreement with France, known as the Franco-Russian Alliance.

During the last decade of the 19th century, Britain practised the diplomatic policy of ‘splendid isolation’ which means that it wasn’t forming any permanent alliances. However, the growing German threat changed that. Realising its need for allies, they turned to Berlin for an agreement. However, it wasn’t reciprocated. Hence they instead turned to St. Petersburg and Paris. In 1904, Britain formed a series of 5 agreements with France, called the Entente Cordiale.

3) Britain was also fearful of the growing German naval aggression. Further fearing that the ambitious German navy would attack them.

4) The original title for the Entente Cordiale was the ‘Declaration between the United Kingdom and France Respecting Egypt and Morocco’.

5) The main reason for France’s agreement with Britain was that after its defeat in the Franco-Prussian War, it needed to defend itself from the Germans.

6) The Entente Cordiale wasn’t an alliance, and Britain was free to make its own foreign policies. An official of the foreign office called the entente a ‘frame of mind and a general view’.

There existed a great rivalry between the British Empire and the Russian Empire, called the ‘Great Game’. Additionally, they had a series of disputes over Persia, Tibet and Afghanistan. Signing the Anglo-Russian agreement resolved all these disputes and helped the empires unite to defeat the Germans.

8) The Franco-Russian Alliance, Entente Cordiale and the Anglo-Russian agreement went on to culminate into the Triple Entente, a powerful and strong counterweight against the Tripple Alliance. The Triple Alliance was an alliance of Austria-Hungary, Italy and Germany.

9) Contrary to the Tripple Alliance, the agreements between France, Britain and Russia were not alliances for mutual defence but were informal understandings.

10) The Entente which forged an understanding between the Russian Empire and the European Empires was controversial for both sides.

12) At the beginning of World War I, all the members of the Triple Entente entered the war as the Allied Powers. The Allied Powers went on to fight against the Central Powers. 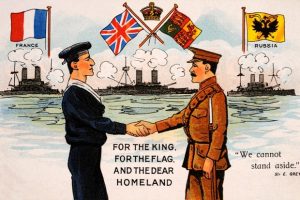 13) The outbreak of World War I

World War I began after the assassination of Archduke Franz Ferdinand, who was the heir to the Habsburg throne and the Austro-Hungarian Empire. His assassination was an excuse and opportunity for Austria-Hungary to start a war against Serbia, which ultimately put half the world at war.

14)  The division of Europe

World War I divided Europe into two powerful parts, on one side were the Triple Entente who were the United Kingdom, Russia and France and on the other hand were the Triple Alliance: Germany, Austria-Hungary and Italy.

15) The Triple Entente prior to the war wasn’t a military alliance, it became one due to their problems with the Triple Alliance. The alliance was further made stronger due to pacts with the United States, Spain and Japan.

Italy had been a part of the Triple Alliance since 1882, but it switched sides during the war and joined the Triple Entente. In 1914, at the beginning of World War I, Italy states that it’s going to be neutral. The Italian government was convinced that they are not going to get back their conquered territories. These territories belonged to Austria, its old rival. Hence to re-obtain them they signed a secret pact and joined the Triple Entente.

17) The secret pact of Italy with the Triple Entente

In 1915, Italy joined the Triple Entente by signing the ‘secret treaty of London’. This was an agreement signed to bring Italy to the side of the Allied Powers during the war. In return, Italy would regain its territories back. On May 3, 1915, Italy dissolves its agreement with Austria-Hungary and Germany, and on May 23, 1915, declares war on them.

18) Following the Russian Revolution, Russia left the Triple Entente, however, France and Britain maintained their agreement till 1940, when Germany invaded France.

Enjoyed the above article? You may also enjoy  Why did the U.S. enter World War I? – Reasons | Key facts | Brief Overview