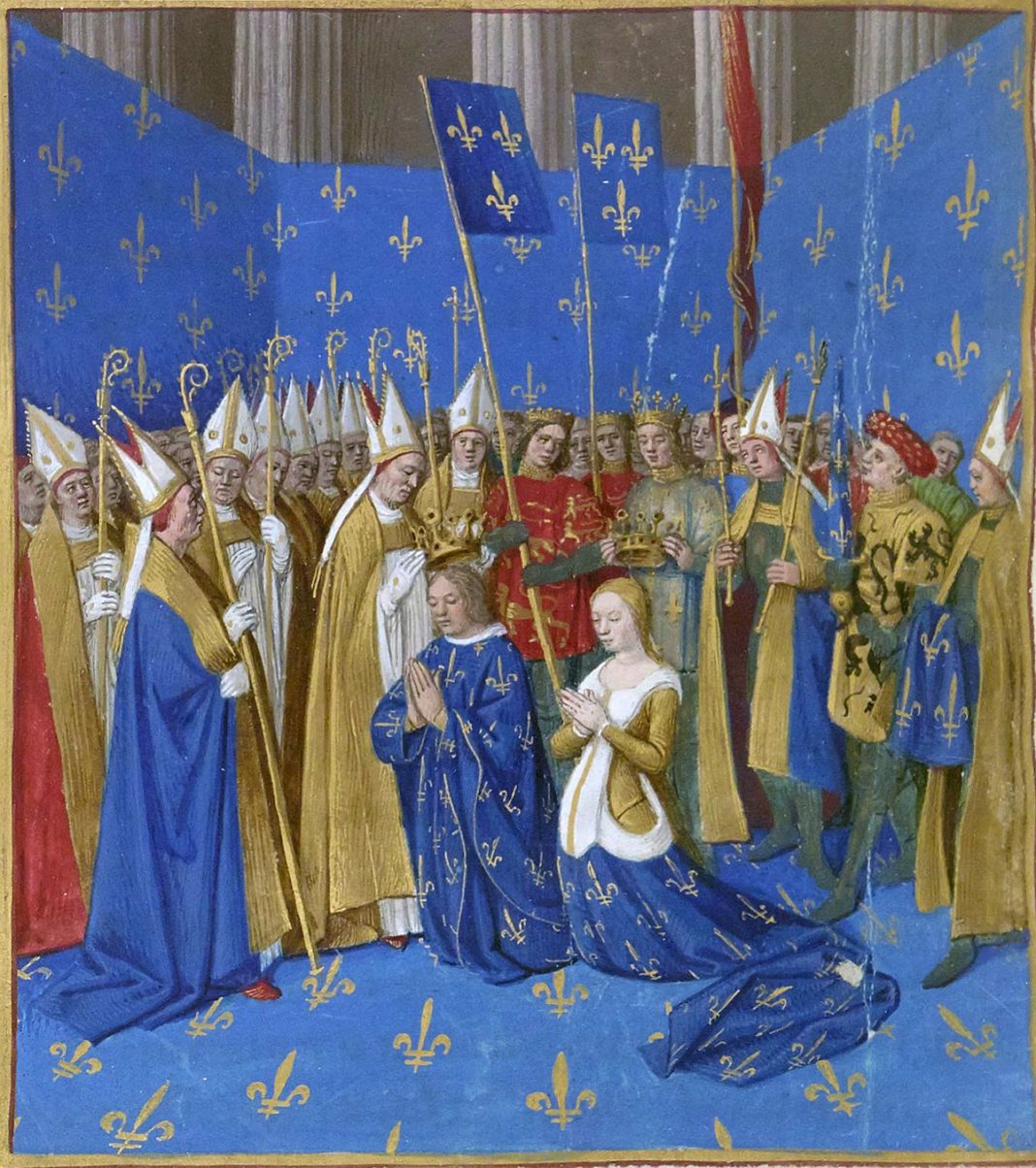 The French Monarchy has famous kings and queens who brought in key changes during their reigns. As with other things in history, we have the good and the bad. The good French monarchs were instrumental in making a big difference within the Kingdom of France. Moreover, these rulers went down in history as the best kings and queens of France.

Let us take a look at the best French kings and queens.

Henry IV is considered one of the best kings of France. The French monarch holds the titles of “Henry the Great” and the “Good King Henry”. Henry IV was the first French king who belonged to the House of Bourbon. Although he was raised as a protestant he converted to Roman Catholicism in order to win Paris and unify France. Henry IV was the one who brought unity and prosperity to France after the turbulent Wars of Religion. The monarch has numerous achievements under his belt. He was the promoter of agriculture and undertook various public works. He advocated education and sought to regularise the state finance.

The French monarch was also an environmentalist and protected trees from devastation, he was instrumental in building a tree-lined highway where he planted elms, pines and fruit trees. Additionally, he restored Paris and transformed it into a great city. He is also behind the construction of the Grande Galerie of the Louvre Palace, thus making it the longest edifice in the world at that time. Moreover, Henry IV introduced the silk industry to France and advocated manufacturing of luxury goods in France. His understanding of people, efficiency to rule and military leadership make him one of the best kings of France.

Blanche of Castille was the queen of France and was married to the French king Louis VIII and was the mother of Louis IX. She was born in Spain and is the daughter of the King of Castille, Alfonso VIII. Upon Louis VIII’s death in 1226, Blanche was named regent. After the coronation of the young Louis IX, many nobles refused to acknowledge his status as monarch. They planned to rebel against him, Blanche of Castille then effectively formed an army and thwarted the nobles’ plans.

Blanche of Castille was also responsible for the ‘Treaty of Paris’, which officially ended the Albigensian Crusade. She was also instrumental in thwarting King Henry III’s efforts of invading France, hence establishing herself and her son Louis IX as stable rulers of France.

Blanche of Castille became regent once again in 1248 when her son was away on the Eighth Crusade against the Hafsid Dynasty. In his absence, she maintained peace within the kingdom. Blanche of Castille was a formidable ruler and hence holds the title as one of the best queens of France.

Louis IX is another king who is considered as one of the best kings of France. He is also called as Saint Louis and is the only French king to be canonized by the Catholic Church. Following the death of his father Louis VIII, he was crowned king at the Reims, and he was only 12 at the time. Louis IX is one of the most famous monarchs and his reign is commemorated as the medieval golden age. It was during his reign that France reached its political and economical peak.

Louis IX ruled with justice and was widely esteemed by his fellow European monarchs. He was a fair ruler and reformer. He banned the infamous “trials by ordeal” and introduced the concept of “innocent until proven guilty” in the French royal justice system.

A truly Christian king, he ruled with Christian values and morals, possessing chivalry and kindness. The French king went on 2 crusades during his lifetime, the latter one making him fatally sick. Following his death, he was canonized by Pope Boniface VIII.

After Charles VIII’s death, she personally took charge of the Duchy of Brittany and made many administration changes. She even minted a gold coin bearing her name. Anne was subsequently married to King Louis XII after the annulment of his marriage with Joan of France. Anne was made Queen Consort in 1504. However, she was now a dowager queen and was determined to have her rights as a duchess get recognised. Her husband King Louis XII then formally gave her the rights of the title ‘Duchess of Brittany’. As a duchess, Anne fiercely defended the independence of her Duchy. Moreover, she ensured that her child would be made the heir of the Duchy of Brittany. These qualities make her one of the best queens of France.

Louis XIV, known as the ‘Sun King’, was the ruler of France for over 72 years. His reign is the longest recorded reign of any European monarch over a sovereign country. His reign marked an ‘age of absolutism’ in Europe. French king Louis XIV took the throne as a child and his chief minister Cardinal Jules Mazarin ruled over France for most of his early reign. It wasn’t until the minister’s death that Louis XIV took full control of the kingdom.

Louis XIV had the vision to reform France. He transformed France into a leading European power. The king also had an excellent team of ministers who helped him rule and govern France. He led extensive war campaigns throughout Europe, establishing France as the dominant power in Europe. He also built the grand palace of Versailles and curbed the power of the French aristocracy, ruling with absolute monarchy. His ability to transform the French military and economy deems him as one of the best kings of France.

6) Anne of Austria- The efficient regent of France

Anne of Austria was the Queen Consort of French king Louis XIII of France and the mother of French King Louis XIV. She was the princess of Spain and the archduchess of Austria. After her husbands’ death, in 1643 Anne of Austria was given the title of the regent of France. After crowning her four-year-old son as the king of France, she assumed the regency, however, she bestowed that power upon the chief minister Cardinal Mazarin, her alleged lover.

With Mazarin’s aid, she overcame the ‘Fronde’, a revolt by the aristocrats. In 1651, her son Louis XIV came of age and her regency officially ended. In spite of this, she kept most of her power and influence until the death of Mazarin. Anne also advocated the construction of the Académie Royale, an academy for visual arts. These factors deem her as one of the best queens of France.

The last in our list of best French kings and queens is Francis I of France. The monarch held many epithets, his famous title is ‘the knight-king’. He was a patron of the arts and advocated the French renaissance. His reign saw many important developments in regards to the culture of France. His rule also saw the spread of humanism and Protestantism.

Francis I was also called as the ‘Father and Restorer of Letters’, as he was behind the standardization of the French language. During his reign, he travelled extensively on his horse and showed himself to the people who had never seen a king. He spoke to his subjects in a warm manner thus making him very popular with the people.  Francis I also formed the Franco-Turkish alliance, one of the most important foreign alliances at the time. This alliance with the Ottoman Empire was considered controversial of a Christian king.

The above list consists of the best monarchs in history, now how about the very worst, read about 12 Of The Worst Queens In History

Previous articleJust before George Washington died in 1799, he allegedly said he would never set foot on English soil ever again”. So, when they erected his statue in London, they had to put US soil under his foot to honour that claim.
Next articleThe Top 7 Worst Kings and Queens of France