The Metropolitan Museum of Art or the Met, NYC takes you on tour worldwide and even back to the middle ages with its treasures. It is impossible to summarise the Met museum, NYC in a few lines with 17 of its curatorial departments and more than 2 million permanent collections. Some of its most famous works include the Washington Crossing Delaware by Emanuel Gottlieb Leutze and Van Gogh’s Wheat Field with Cypresses.

From its residential florist to thievery to appearances in popular movies, find out why it is one of the best museums in the world!

1) The Met has a resident florist who creates 20 feet tall bouquets!

Every week, the museum’s residential florist, Remco van Vliet, produces five 10 to 12 feet bouquets for the Met Great Hall. Some of the floral works on the museum’s Egyptian wing can reach up to 20 feet as well.

2) The world’s oldest piano can be found here

The Met boasts of collections that interest all kinds of individuals. Even though its a “museum of art”, you are sure to enjoy it as a music lover too as it houses the world’s oldest piano and 5000 other instruments. The piano dates back to 1720 and was made by Bartolomeo Cristofori. Say you’re not into music, then you could have a look at the battle gear such as that of Henry VIII’s! Fashion lovers, you can witness over 33,000 pieces of famous clothing across the world spanning over seven centuries. 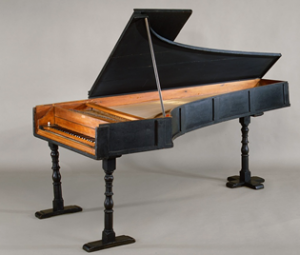 The Met is mentioned in several children’s literary works, such as the Mixed-Up Files of Mrs Basil E. Frankweiler by E. L. Konigsburg. If you looked closely, you must have seen Billy Crystal and Meg Ryan taking a stroll the museum’s Egyptian area in the movie, When Harry Met Sally (1989). Every Gossip girl fan would relate the famous steps of the Met, where Blair, Serena and their clique would chat.

Although the Met is the highlight of the Fifth Avenue today, it didn’t start there. It was created in 1870 by many philanthropists, forward-thinking financiers, and art enthusiasts. The Met opened two years at 681 Fifth Avenue in a comparatively smaller building. It possessed less than 200 collections and the first one, a Roman sarcophagus, is still seen. The collections grew while the home did not. So, the Met moved to the Douglas Mansion estate on West 14th Street until its home on Fifth Avenue was finished in 1879.

5) A famous spot among burglars

With a museum as magnificent as the Met, it would be surprising if there was no burglary. A 23-pound marble sculpture worth 150,000 dollars was stolen in 1979. The statue was that of Hermes, the Greek god. Other thievery tales are mentioned in the book Stealing the Show, by John Barelli. He was the chief security officer at the Met until 2016.

One of the biggest attractions of the museum is its stunning lobby or the Great Hall. However, although it looks like a dream, the entrance to it sure doesn’t feel like one. It is filled with tourist lines throughout the year and can deter your experience at the museum. But, did you know that you could avoid the rush at the lobby by entering through the 81st street, at the Uris Center for Education Entrance? Here you’d find shorter lines, elevators, a gift shop and a shorter route to the Great Hall.

7) The magnanimous museum and its adorable tiny mascot

We can’t stop looking at the adorable, blue hippopotamus below, bet you can’t either! It turns out it is more than just a cute showpiece. According to the ancient Egyptians, this blue statuette of a hippopotamus laid a threat in the afterlife as it could attack fishers on the Nile or hamper the afterlife journey. However, this piece was discovered in a tomb in Upper Egypt, with three of its legs broken (which got repaired). The broken legs must have been a measure to keep it from causing harm in the afterlife. William earned his nickname in 1931 from a humour magazine that referred to him as an oracle. Since then, he is the Met’s mascot; how cute!

8) An artist slept in the Met museum, NYC for nine days!

The artist in residence at the Met museum for 2019–2020 is Nikhil Chopra. He took it to the next level by staying in the museum for nine days from September 12 to September 20; yes, he slept there too! It was the artist’s most prolonged durational performance and is called Lands, Waters, Skies. He ventured through the Medieval Sculpture Hall, Temple of Dendur, the Sol LeWitt Wall Drawing #370 installation and other stops while playing music. What a lavish stay Mr Chopra must have had!

The Met expanded so much more when it moved to today’s Central Park. Several planners and architects added to the building with their additions as years passed. These range from the modern glass sides at the rear of the museum to the highlight, that is the Grand Stairway. In fact, it is said that several of the makers fought over the arrangements. 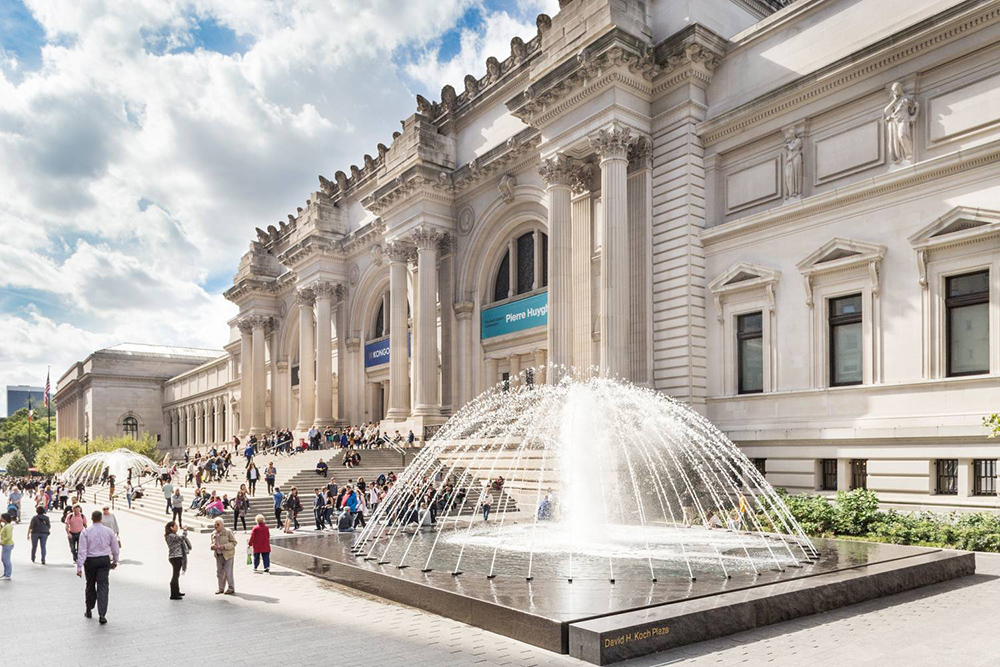 If you are looking to enrich your child’s learning experience with a tinge of history, the Metropolitan Museum of Art has something special for you. The museum runs a Family Circle program through which children till the age of 12 can enjoy the museum’s education in a fun manner. You, too, will gain access to members lounges and exclusive exhibition tours. They also organise some exciting activities for your kids!

11) The Metropolitan Museum of Art has siblings too

The Met has some lesser-known yet marvellous looking siblings, one such is the Cloisters at the Fort Tryon Park. John D. Rockefeller founded it and the museum showcases medieval European architecture, decorative arts and sculptures. The Met Breuer opened in 2016 on Madison Avenue is equally beautiful as well. Nasreen Mohamedi created its first exhibit, titled “Unfinished: Thoughts Left Visible,” that covered everything about the Italian renaissance.

Enjoyed the above article? You may also enjoy 17 Guggenheim Museum Facts that will amaze you!