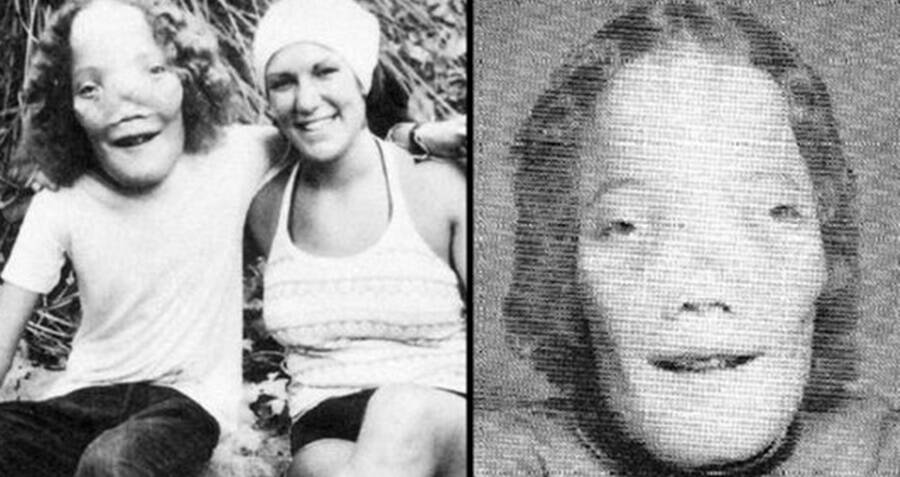 There have been many people throughout history who didn’t let their disabilities stop them from living fulfilling lives. One such person was Rocky Dennis. He had an extremely rare disorder and doctors expected him to die before the age of seven. However, Rocky defied those odds and lived a full life. Additionally, he also became the inspiration for the 1985 movie ‘Mask’.

Let us take a look at The Incredible Life of Rocky Dennis.

Roy Lee Dennis, nicknamed Rocky was born on December 4, 1961. He was born to Florence “Rusty” Dennis and had an older half-brother, Joshua. Rocky was a healthy baby boy and showed no signs of any abnormality. However, it wasn’t until he was a little more than two years old that the first signs of his impending disorder appeared in his medical exams. Upon conducting further tests, it was discovered that Rocky had an extremely rare disorder called craniodiaphyseal dysplasia, also known as lionitis.

The disorder essentially causes calcium to build up in the skull, consequently distorting facial features and reducing life expectancy. Additionally, the doctors foretold that Rocky Dennis would become progressively deaf, lose his eyesight and die before his seventh birthday.

2) Florence “Rusty” Dennis did not give up on her son

Rusty Dennis, a headstrong woman wasn’t going to accept her son’s fate. She wanted him to have a normal life. Consequently, she enlisted him into a public school at the age of six and raised him like any other boy. Despite his disorder, Rocky Dennis went on to become the star student and was also popular with other kids.

Additionally, his mother tried healing him with natural remedies like vitamins and alfalfa sprouts. Rusty also raised him to believe in himself and advocated the philosophy of healing through willpower. Whenever Dennis had severe headaches, she would simply send him to his room to rest, advising him to “make yourself well”.

Rocky Dennis’ mother instilled a sense of strong self-belief in him. According to his mother when Rocky was seven he visited an eye specialist who said Rocky would never have enough vision to read. Rusty handed him a book and the boy promptly read it. The astonished doctor asked Rocky how he had done it. To which he simply replied, “I don’t believe in being blind”. 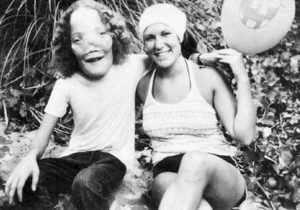 3) Due to his mother’s perseverance, Rocky Dennis got to live a relatively normal life. At the Southern California summer camp for handicapped children he attended, Rocky went on to win many awards and medals after being voted “best buddy,” “most good-natured,” and “friendliest camper”.

According to his mother, one day he came home from the playground crying because a kid called him ugly. His mother consoled him and firmly said that “if they laugh at you, you laugh with them. If you act beautiful, you will be beautiful and the people will see that and they’ll love you”.

He faced judgement in school as well. Doctors and teachers always tried to hold him back. In one instance his teachers tried putting Rocky in a separate school for the handicapped ”because of his appearance”. However his mother would not allow it and raised hell. Rusty recalled that “they tried to keep him out of the classroom because they believed it would upset the kids’ parents”. But Rocky Dennis continued to excel at school and graduated at the top of his class.

5) As a teenager, Rocky developed a strong sense of humour about his condition and even joked about it

Halloween was one of his favourite holidays and he took full advantage of the occasion. He would go to trick-or-treat with the neighbourhood kids and pull pranks on unsuspecting people. After collecting the candy from the neighbours, Rocky would pull down the fake Halloween mask to reveal his face.

The neighbours would feign surprise thinking he’s wearing another mask. The boy would then pull at his own skin and say “Gee it must be stuck on”. Once the neighbours realised what was actually going on, they promptly gave him more candy. According to Rusty “Rocky always got a lot of candy”. 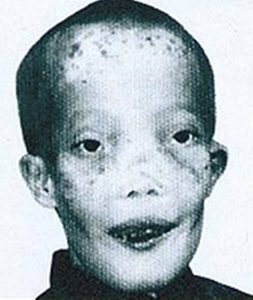 6) Rocky Dennis learned to accept himself the way he was to such a degree that when a plastic surgeon offered to make him look “normal”, he declined it.

Although Rocky Dennis had defied all odds, there was no denying his declining health and imminent death. Rocky became progressively weaker and his headaches got severer. On October 3, 1978, after suffering yet another headache, his mother sent him to bed with the instructions to feel better, but that was the last time she saw him alive. The next morning, on October 4, 1978, Rocky Dennis passed away at the age of 16. His mother subsequently donated his body to the UCLA genetics research centre.

Read about another inspirational figure who did not let his disability hinder him from living a fulfilling life: The Legend of the Green Man: Raymond Robinson