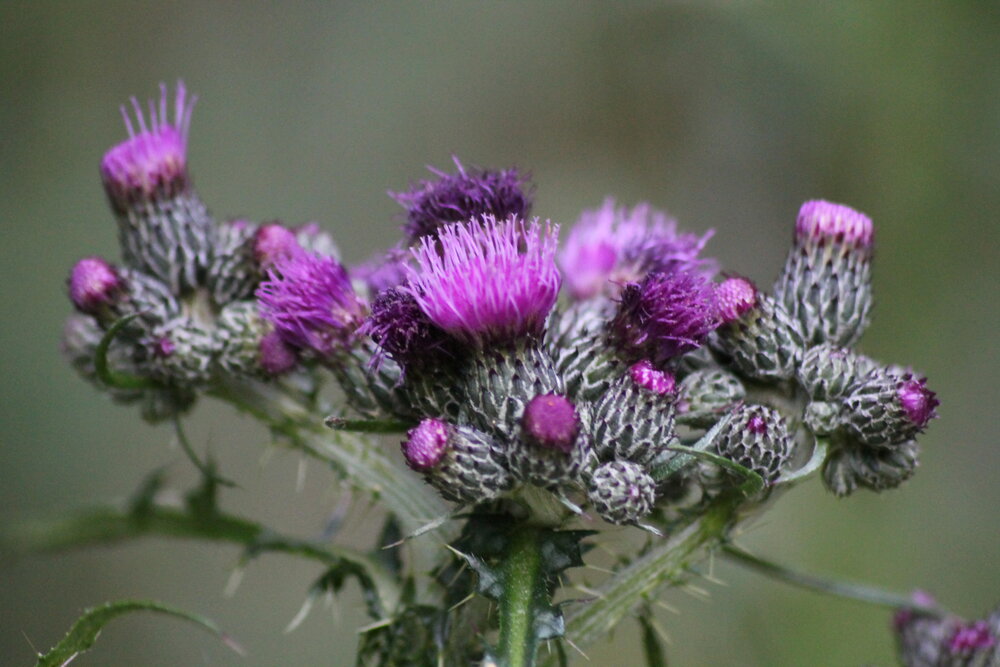 One of the most easily recognizable symbols of Scotland is the thistle. It is a wild flowering plant that is deemed as the flower of Scotland. Read below to find out how it became the emblem of Scotland.

Let us take a look at The Flower of Scotland- Brief History & Key Facts.

1) Thistle is essentially a wildflower that is either vivid violet or dark pink. The flower is covered with thorns which protects it from any natural enemies. Additionally, they are found in abundance throughout the Highlands, Islands and Lowlands of Scotland.

2) How did the thistle become the flower of Scotland?

Many legends surround the flower and how it eventually became Scotland’s national emblem. However, one legend stands out, it goes that during the mid 13th century, the flower was instrumental in saving Scotland from invasion. The suggested incident is said to have taken place during the 1263 Battle of Largs. During the reign of Alexander III (1249 – 1286), King Haakon of Norway planned to conquer Scotland. The king’s army subsequently landed on the coast of Largs in the dead of the night.

They intended to surprise the sleeping Scots and even removed their footwear to move stealthily. However, the men were not aware of the thistle which lay at their feet and one of them stepped right on it. He consequently screamed in pain and thus alerted the Scots. The Scots then fought the enemy off and saved Scotland from the Viking invasion. Subsequently, the importance of the flower was recognised and thus it became the emblem of Scotland. 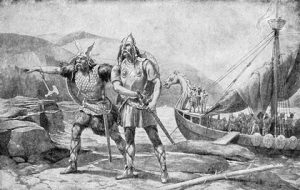 3) The thistle as the royal symbol of Scotland was first seen on silver coins issued by King James III.

4) The union of the thistle and the rose

The thistle was the symbol of Scotland and at the same time the Tudor rose was the symbol of England. In 1503, King James IV of Scotland was wedded to Princess Margaret Tudor of England. This union inspired the famous poem ‘The thistle and the rose’ by Scottish poet William Dunbar. Princess Margaret subsequently became known as ‘Mary Queen of Scots’. She then incorporated the thistle into the ‘Great seal of Scotland’ which became a symbol for longevity. Since then thistles and roses are a popular combination and are seen in bouquets for special occasions and are also embedded in various emblems.

5) The Most Ancient and Most Noble Order of the Thistle

The Most Ancient and Most Noble Order of the Thistle is the highest cavalry order in Scotland. With the thistle as the order’s primary symbol, the members wear a collar chain whose links are made of golden thistles. The exact date of its foundation is not known but according to legend, it was founded in 809 to commemorate the alliance between King Achaius and Emperor Charlemagne. It is also possible that it may have been founded by James III as he adopted the thistle as the royal badge and even issued coins depicting them. Additionally, it was James II (James VII of Scotland) who was responsible for reviving and restoring the order under new rules to reward Scottish Catholics for their loyalty.

The order’s motto is ‘Nemo me impune lacessit’ which translates as No one provokes me with impunity. Another translation derived from the Scots and Gaelic forms of the motto is No one can harm me unpunished.

6) The type of thistle deemed as the flower of Scotland

There are many types of thistles in Scotland. And the one deemed as the floral national emblem is the purple ‘Scotch thistle’, also known as the Scottish thistle. However, this species is not indigenous to Scotland and did not become prevalent until the 16th century.

Enjoyed the above article? You may also enjoy The Parthenon frieze- History| Interpretions| Facts