Studebaker- Their Evolution, History and Demise.

Studebaker was an American automobile company based in South Bend, Indiana. They are known as one of the foremost automobile companies in the world. The company was founded in 1852 and its incorporation took place in 1868. They were originally producers of buggies, harnesses, carriages and wagons. With the manufacturing of electric vehicles, they entered the automotive industry in the year 1902. In 1904 they were producing gasoline vehicles. Originally, Studebaker was manufacturing these vehicles by partnering with firms but in 1912, they produced a gasoline vehicle that was fully manufactured by them. Over the next 50 years, the company developed an excellent reputation for good quality and reliability, until it went out of business in the year 1966. In the below text we have compiled Studebaker’s evolution, history and demise in brief facts.

Let’s delve into the evolution, history and demise of Studebaker.

1) The Studebaker family comes to America.

A small family sailed from Holland, Germany to Philadelphia, USA. They were the Stutenbecker family. The English-speaking representative who filled out their paperwork anglicized their surname to Studebaker. The family consisted of Peter Studebaker, Clement Studebaker (Peter’s brother) and their wives along with Pete’s cousin Heinrich Studebaker.

Peter Studebaker was a wagon maker, and his trade would later become the cusp of the family fortune and the company which bears his name.

In 1704, he built the first Studebaker wagon factory adjacent to his home. It was in this factory that he started forging and tempering steel.

When Peter Studebaker died in the mid-1750s his trade secrets were passed down to his descendants and apprentices who were instrumental in flourishing the business and making it what it was.

In 1851, the Studebaker family settled in South Bend, Indiana. Two of the brothers Clement and Henry opened a blacksmith shop named H&C Studebaker. They first produced metal parts for freight wagons and later went on to produce complete wagons for consumer needs. The business expanded during the California Gold Rush when the business met the growing demands of the people. It was in 1857, that H&C Studebaker built its first “fancy” carriage and it was considered perfect for the purpose of courting.

At the same time, their younger brother John Mohler was producing wheelbarrows in Placerville, California. He had made quite a fortune in his business. In 1858, he returned to South Bend and invested in the business of his brothers. During this time H&C Studebaker had received a contract for building a large number of wagons for the Union Army for the American Civil War.

It was also during this time that Henry Studebaker was wary of their relationship with the US Army. Henry became tired of the business and simply wanted to farm and live a simple life. It was then that John Molger bought Henry’s share of the business.

3) The forming of the Studebaker Manufacturing Company.

In the year 1868, the annual sales of the business had reached $350,000. It was that year that the three brothers formed the Studebaker Manufacturing Company. With Clement as the president, Peter Everst as the secretary and John Molger as the treasurer. 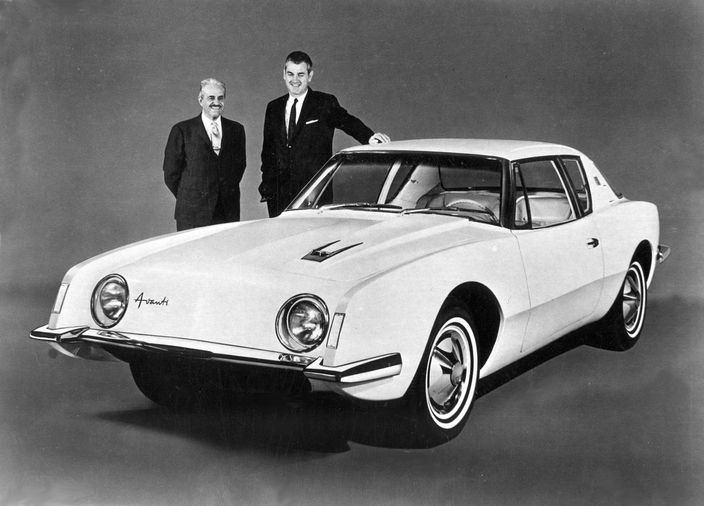 In 1875, the youngest brother Jacob Franklin stepped into the business. He was in charge of the Carriage factory, producing sulkies and five glass landaus.

Now Studebaker Manufacturing Company had the world’s largest vehicle house. Where one could choose from a great variety of vehicles. These included Studebaker sulkies, victorias, tandems, runabouts, phaetons, clarences, and broughams.

By the end of the 19th century, Studebaker was one of the largest producers of wagon and buggy works.

Studebaker started producing its own electric cars in 1902 and by 1904 they stepped in the business of making gasoline-powered vehicles. In 1911, they bought the E.M.F Company of Walkerville, which became Studebaker Canada. After the purchase, they became a complete car company.

In 1910, it decided to incorporate the Studebaker Corp and the company discontinued the manufacturing of electric cars the same year.

In 1913, Studebaker was one of the top three producers of automobiles in America, after Ford and Overland. At that time Detroit produced all Studebaker automobiles. However, production shifted to South Bend in 1920 after the discontinuation of horse-drawn vehicles.

The vehicles manufactured during the 1920s were named Bix Six or Light Six and even Special Six. But in 1927, the names were changed and automobiles were named as President and Commander. They even had a Dictator series. Additionally, in 1927, they introduced a new small car called Erskin.

The Great Depression had a great impact on businesses and Studebaker was also impacted heavily. Right before the Great Depression, they had purchased luxury automaker Pierce-Arrow in 1928, which was considered a financial misstep. After the Wall Street Crash of October 1929, the markets had collapsed and times were pretty bad. Studebaker then rolled out an inexpensive car called the Rockne. But given the bad times, it was difficult to sell it. Soon the company had to lay off workers and cut off wages.

The then company president Albert R. Erskine had faith in the inexpensive car Rockne and he rashly proclaimed large dividends in 1930 and 1931. Additionally, he acquired 95% of the White Motor Company in cash and that too at an inflated cost. Their financial problems grew and by 1933 they owed banks 6 million dollars and more in current assets. Studebaker entered receivership on March 13, 1933, Erskine was laid off as President in favour of more cost-conscious managers. On July 1, 1933, Albert R. Erskine committed suicide.

During the 1930s Studebaker got into the manufacturing of trucks. In 1936, they introduced a cab over engine truck and subsequently the coupe express pickup in 1937. They went on to manufacture quality trucks from 1929 to December 1963. 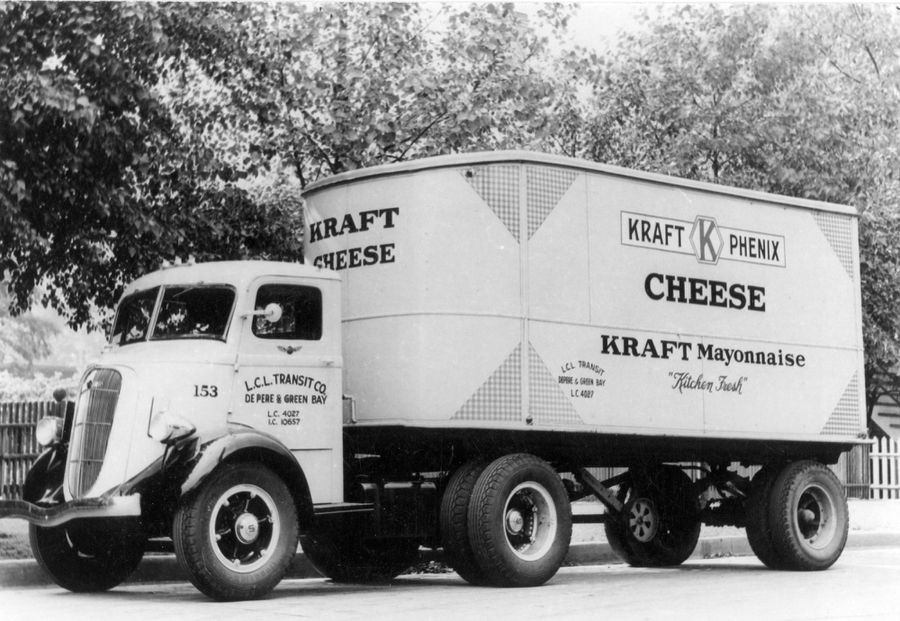 9) Studebaker during World War I.

During WWI Studebaker produced a large quantity of Studebaker US6 Truck and M29 Weasel Cargo and tracked personnel carrier. Additionally, they also produced aircraft engines. Moreover, one of the versions of the weasel was amphibious.

Post the WWI, they came out with new styling, and a new slogan which went by “First by far with a post-war car”. The design of 1947 was such that people nicknamed it as the “coming and going” car because the front and the back of the car looked the same.

The Studebaker Automatic Drive came in production in the mid-1950s and a modern and unique overhead-valve V-8 was brought in the market in 1951 for the Commander, the first from an independent automaker.

Studebaker Corp. celebrated its 100th anniversary in 1952. Subsequently, in 1953 they introduced the low-slung Loewy coupes; cars that are now considered ones with the most beautiful designs in the world.

11) The formation of the Studebaker-Packard Corporation.

In 1950, Studebaker had increasing financial troubles and there was cutthroat competition by The Big Three which were General Motors, Ford and Chrysler. By 1954, it rapidly lost money and thus negotiated a strategic merger with Packard Motor Company. Packard was a small car manufacturing company. However, the company did not turn a profit in spite of the merger. Packards discontinued in 1958. 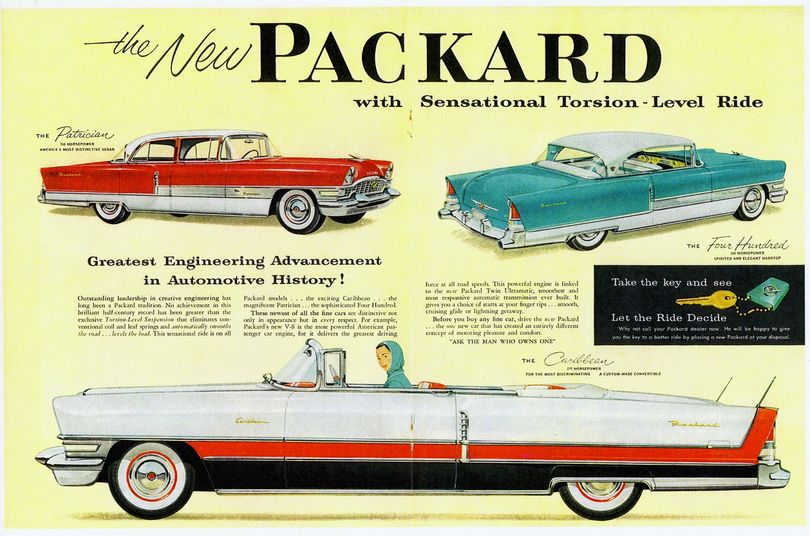 12) The introduction of compact cars.

In 1958, Studebaker introduced a new line of series called the Lark, a compact set of cars. In 1959, the new line met with tremendous success. It achieved the highest one-year profit they had ever seen at that time. However, The Big Three rolled out their own set of compact cars and Studebaker was once again struggling.

Studebaker wanted to come up with a sportier image hence they bought the Gran Turismo Hawk in 1962, and rolled out the Avanti in the year 1963. And it was the fastest production car in America

14) Closure of the plant in South Bend.

Towards the end of 1963, the company announced the closure of the plant in South Bend. Subsequently, selling the Avanti model name, tooling, and plant space to a dealership in the South Bend area. After the shutting down of the plant, they moved to Canada and started manufacturing at the Ontario Plant.

While it could manufacture cars, the Ontario plant had limited facilities and could not come up with new designs and development. Additionally, it needed to produce 20,000 cars annually to turn a profit against overhead. In 1965 they managed to produce only 18,542 cars. On March 17, 1966, the company exited the automobile business.

Want to know about other evolutions in history? Read History of C Sections And Its Evolution

Previous articleLady Margaret Beaufort was married off to Tudor at the age of 12. She gave birth to Henry VII at just 13. She was used as a political pawn during the Wars of the Roses and her first marriage was at just 3! However, she made sure none of her grandkids married young.
Next article12 Little-known facts about George Washington