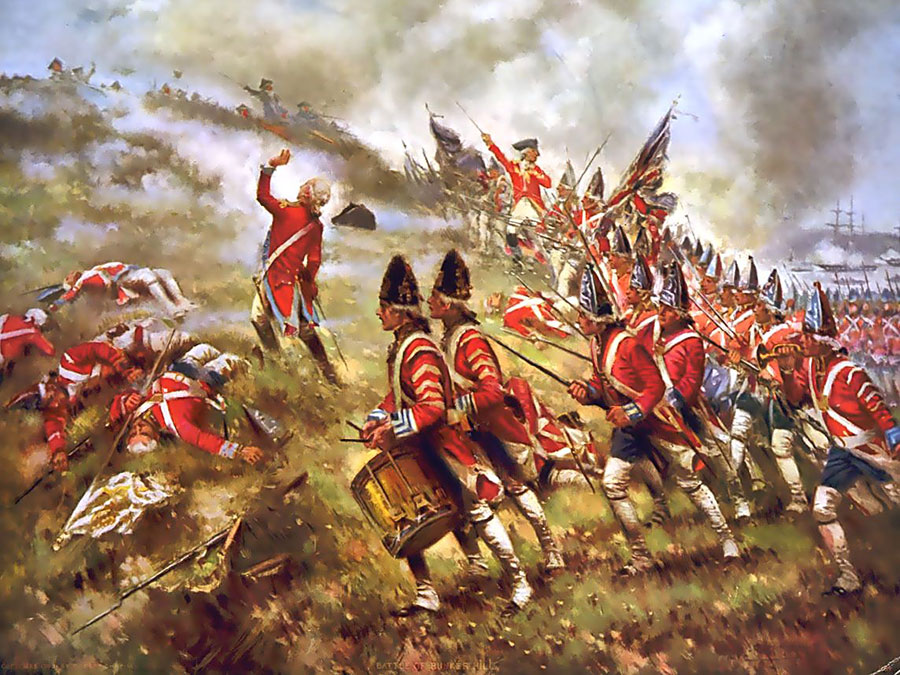 The Siege of Boston was essentially a siege laid out by the American militia, later known as the Continental Army on the British held Boston. Over the course of the siege, both armies had to deal with a harsh winter which resulted in a lack of resources and personnel issues. The siege began on April 19, 1775, and went on for 11 months, following which the British forces left the region and sailed to Nova Scotia. The siege of Boston finally ended on March 17, 1776.

Read about the Siege of Boston- Key Facts and Brief Summary

1) The Siege of Boston- Background

The siege began after the first two military engagements of the American Revolutionary War, the Battles of Lexington and Concord. Following these skirmishes, British forces under General Thomas Gage garrisoned at Boston, Massachusetts Bay. Subsequently, the American militia surrounded the area in an attempt to contain the British forces. Hence, the siege of Boston started on April 19, 1775.

2) The American militia set fire to a hay barn

After that, the course of the siege was littered with small skirmishes and nothing substantial occurred until May 21. The British forces learned that they needed hay for their horses. Hence Gage ordered an expedition to go to Grape Island and bring back hay to Boston.

The Continentals, however, spotted the troops and called for the militia. At first, the armies engaged in shooting over a long distance, but the militia was able to get their hands on a sloop and sailed to Grape island. Once on land, they set fire to the hay barn and essentially destroyed about 80 tons of hay. Consequently, the Continentals cleared out the cattle, sheep and hay from the islands around Boston.

3) The Battle of Bunker Hill

On June 13, 1775, the leaders of the Continental Army learned that the British forces were planning to fortify the nearby unoccupied hills. This in turn would give them control of the Boston Harbour. Subsequently, the American forces under the command of Colonel William Prescott immediately occupied the hills.

On June 17, 1775, the British forces learned that the Americans had occupied the hills and they launched an attack against them. The battle came to be known as the Battle of Bunker Hill. Additionally, most of the battle took place on an adjacent hill which later came to be known as ‘Breed’s hill’. Even though the British forces were victorious in battle, they suffered heavy casualties.

4) Following the Battle of Bunker Hill, the siege of Boston essentially became a stalemate, with both sides hesitant to attack.

5) The Continental Congress formed the new Continental Army on June 14 and General George Washington was named its commander-in-chief on June 15, 1775.

6) In early July 1775, General George Washington arrived in Cambridge to take charge of the newly established Continental Army. He had the objective of removing the British forces from Boston. To achieve this he worked to fortify the troops and organise the militia into an army.

7) Subsequently, in October 1775, General Thomas Gage was replaced by General William Howe as commander of the British forces.

8) Washington was growing frustrated with the stalemate. He then proposed to attack the British troops in September, but his generals were against the idea and the stalemate continued. The following month, he again proposed for the same but was denied again.

9) The harsh winter during the siege of Boston

The winter brought an array of problems for both sides. The Americans were facing a severe shortage of gunpowder. So much so that the soldiers were handed spears to fight with instead of guns in an event of a British attack. On the other hand, the British forces were facing a huge shortage of wood.

Washington wanted to break the ongoing stalemate. However, to achieve this he needed artillery. In November 1775, he ordered Colonel Henry Knox to bring back artillery captured at Fort Ticonderoga. Knox successfully transported more than 60 tons of captured armament from Fort Ticonderoga back to Boston. These supplies also included more than 55 cannons and they reached Boston by late January 1776.

11) Ongoing stalemate during the siege of Boston

On February 16 and 18 Washington once again tried to convince his generals to launch an attack against the British troops. However, he received the same answer as before. This was because his generals feared that they had lesser manpower and gunpowder than the British forces.  Moreover, instead of going offensive, they believed that it would be better to take over Dorchester Heights once they had sufficient firepower. In their opinion, this would force the British forces to come out of Boston and off of Noddle’s island and then they would be in the open.

12) Finally, on March 2, 1776, the Continental Army placed some of the cannons in fortification around Boston. They then bombarded the British forces for two days straight. The artillery was strategically placed at Lechmere Point, Cobble Hill in Cambridge, and Lamb’s Dam in Roxbury.

On the night of March 4, 1776, the Continental Army led by General John Thomas marched to Dorchester Heights and fortified it with the artillery. By morning, they had the artillery pointed towards the Boston Harbour and the city.

14) The British forces first decided to go on the offensive but soon realised its futility as their cannons could not reach the American forces stationed at a height. Howe then sent troops to dislodge the Continental Army’s guns from Dorchester Heights but a snowstorm hit Boston and that attack never materialised. 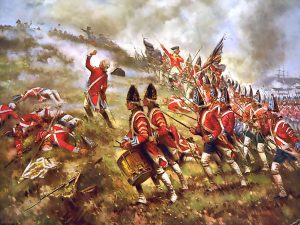 Enjoyed the above article? You may also enjoy the Battle of Camden- Key Facts & Brief Summary