Seven Black Heroes In History that you will love reading 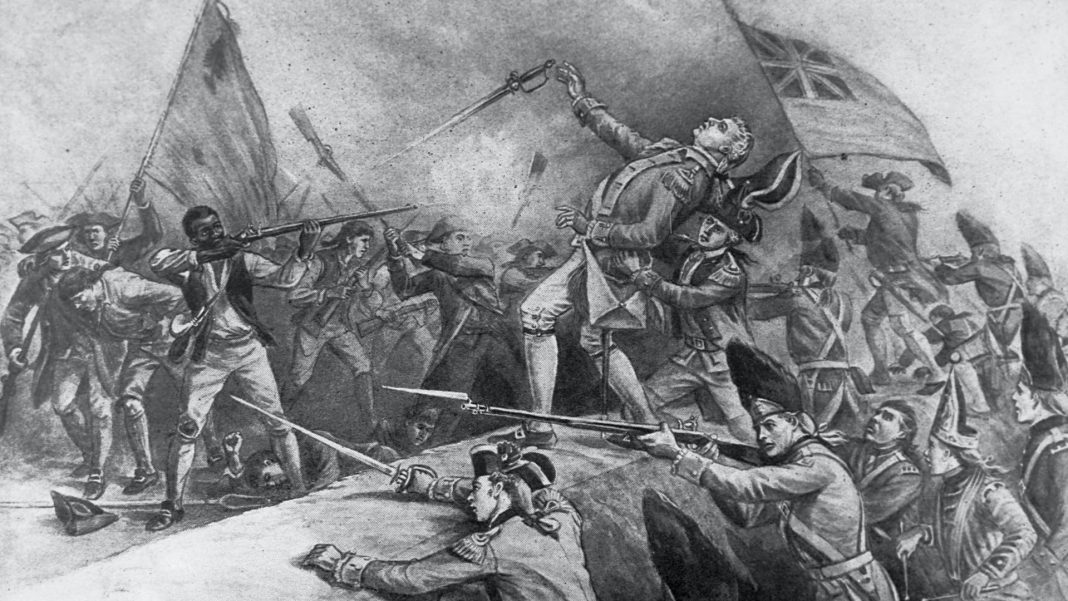 While wars broke out in America, thousands of Black Americans fought on both sides. However, unlike the whites, their fight wasn’t just for the country’s independence or to maintain British control. As they were living in bondage, Blacks were hoping to be free from the shackles of slavery. While the American Revolution took place, for several slaves turned soldiers, the Revolution’s promise of liberty was too good to be true. However, despite the lofty preaching about freedom and justice for all, America’s war for independence didn’t help with the emancipation of the coloured slaves. In fact, the northern states of the country didn’t pass laws against slavery until 1804. Even after which, some regions did not ban it. The southern states continued the atrocities towards the Blacks for more than half a century longer. However, many fought with great bravery and skill.

We give you the stories of some exceptional Black heroes in history who served their country.

Crispus Attucks became the symbol of Black American sacrifice and patriotism. According to several historians, he can be credited as the first man to die for the American Revolution. In 1770, tension grew between colonial sailors and the British in Massachusetts ports. Due to this, competition and distrust rose between the two sides. When the pressure was too much to bear, the parties came head on March 5th. However, the angry confrontation quickly escalated into a slaughter, called the Boston Massacre.

Several witnesses add that Attucks, a middle-aged runaway slave of African and American descent, played an essential role in the scuffle. He was a rope maker and sailor. He was the first killed out of the five colonists. Thus, making him the first individual martyred for an American cause. Legend says that two musket balls to his chest took him down. Click here to unravel some interesting facts about Black history.

Although Salem Poor‘s life began as a slave in Massachusetts, it ended as a historical American hero. In the later 1740s, he was born into bondage. But, two decades later, he bought his freedom for 27 pounds, which today is equal to a few thousand dollars. Later on, Poor joined the fight for the country’s independence.

According to historians, he fought the battle of Saratoga and Monmouth. But his heroism at the Battle of Bunker Hill specifically, is often remembered. In fact, fourteen of his colleagues recognised his skills at the General Court of Massachusetts with a petition. They referred to him as a “brave and gallant soldier,” and said he “behaved like an experienced officer.” Poor is remembered for killing the British Lieutenant Colonel James Abercrombie and several others from the enemy side.

An epitome of Black American sacrifice, Colonel Tye was known as the most formidable guerilla lead soldier in the Revolutionary War. While he fought for the British, Patriots feared him and slaves looked up to him as he helped with their liberation.
During his initial years of slavery in New Jersey, Tye was known as Titus. However, he escaped in 1775 and joined the British army. He did so after the Crown agreed to free any slave who enlisted themselves. Although Tye made a mark as a soldier from the start, the army didn’t station him in battles. Instead, they saw potential in his knowledge of the New Jersey territory. The area came in between the Patriot’s centre of government in Philadelphia and British-occupied New York. The Crown required the land and made use of Tye; they were right. Tye was successful and they awarded him the title of Colonel for his impeccable contributions.

This first continental army comprised of New England Blacks who displayed African American skill and commitment. After George Washington’s order to ban Blacks from the continental military came out, in the 1770s, due to massive manpower, he reconsidered his original decision. In 1778, the legislature of Rhode Island declared that both free and enslaved Blacks could enroll themselves in the army. Moreover, to attract more applications, the Patriots promised to give freedom at the end.

Although the regiment was small, with only about 130 members, it received praises. “Desperate valor in repelling three furious Hessian (German) infantry assaults” is what Commanding General John Sullivan describes them as. In Virginia, a French military officer said, “most neatly dressed, the best under arms and the most precise in all their maneuvers.” Several historians credit the First Rode island regiment for showing fierce loyalty. Their commander Colonel Christopher Greene died in an attack, in 1781. Historian William Cooper described what happened later as “the sabers of the enemy only reached him through the bodies of his faithful guard of blacks, who hovered over him to protect him, and every one of whom was killed.”

Known for his contributions at the start of the Revolution, Peter Salem is a popular black hero in America’s history. He was born into slavery in the mid 18th century in Massachusetts. He was commonly known as the “minute man” at Lexington and Concord, on the Patriots’ side. Salem fought some of the earliest battles. Soon, his owners supported him and granted him freedom so he could be enlisted.

His most significant contribution was to the 1775 Battle of Bunker Hill. Although the Patriots lost, they killed several from the British army. Several historians claim that Salem was the key officer during the fight. Apparently, his role is memorialised in John Trumbull’s painting The Battle of Bunker’s Hill.

Another one among the black heroes In history is James Armistead. During the Revolution, James Armistead worked as a slave in Virginia to a double agent passing information between the two sides. After joining the Patriots, they asked him to infiltrate the army. So, he went in the disguise of a slave wanting to serve the Crown and the British accepted him.

At first, they gave him just a support task, but later, he became a strategic resource after understanding his vast knowledge about the terrain. Later on, they asked him to spy on the Patriots and he brought them false information. In the meantime, he would report his findings of the British plans to his commander, General Marquis de Lafayette.

7. The 761st Tank Battalion and the Tuskegee Airmen

Final one in our Black heroes in history is a special one. Flash forward to a few centuries later and the Blacks once again proved themselves in World War 2. The Red Ball Express, a group of mainly Black drivers, delivered gasoline, ammunition, food, mechanical parts and medical supplies to General George Patton’s Third Army in France. This took place from August 1944 to November 1944. The men drove up to 400 miles on narrow streets at night without headlights to avoid confrontation with the Germans.

The first Black division to see ground combat in Europe was the 761 Tank Battalion. They joined Patton’s Third Army in France in November 1944. These men fought the Battle of Bulge and helped free 30 towns under Nazi rule. They spent 183 days as part of the combat.

The Tuskegee Airmen, an all-Black fighter pilot group, destroyed 237 German aircraft on the ground and 37 in air.