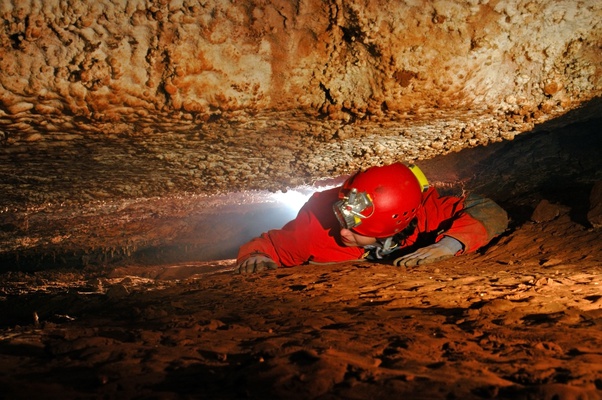 A spelunker is a person who explores and studies caves. They are known to navigate through the smallest of spaces during their explorations. One such spelunker was John Edward Jones who decided to explore the Nutty Putty Cave in Utah. However, things did not go as smoothly as he expected and ultimately he met a tragic end in the very same cave.

Let us take a look at Nutty Putty Cave- John Edward Jones And His Tragic Descent.

John Edward Jones was a 26-year-old medical student and a family man. Additionally, he wasn’t an amateur spelunker as he had gone on many such explorations before. When he was younger, he explored such caves with his father and his brother. Moreover, he also volunteered as a trapped victim for Utah Cave Rescue, an organisation founded by his father.

The Nutty Putty Cave was known for its notoriously narrow spaces. They were first explored by Dale Green in 1960 who named them for their clay. The hydrothermal cave is located south-west of Utah lake and 55 miles from Salt Lake City.

John was visiting his family for the holidays. He was with his wife and his 13-month-old daughter. As his family members were ardent spelunkers they decided to explore the Nutty Putty Cave to bond together. At the time John was 6’0″ and weighed around 200 pounds. He hadn’t been spelunking in many years. Even though he was taller than most explorers he was whip-thin and seemingly had the perfect stature for spelunking.

4) John, his family members and nine other friends entered the Nutty Putty Cave at around 8 p.m on the evening of November 24, 2009. The group was split into two: the children and few adults explored a less dangerous part of the cave, while the others decided to explore the cave a bit further.

About an hour into the exploration, John decided to find the entrance to the Birth Canal, a narrow path through which spelunkers must navigate very carefully. He subsequently found an entrance which he thought was the one and crawled through it. He started crawling using his fingers, hips and stomach but soon realised that he had made a grave mistake.

The narrow space he had crawled through was barely 10 inches across and 18 inches high, as a result, John had hardly any space to breathe. At that moment he could only go further in as there was no option to turn around. However, the crevice engulfed him and he could not move any further.

Additionally, even though the Nutty Putty Cave was very popular, it was not fully mapped. Hence John was stuck in a crevice that was in unchartered territory. 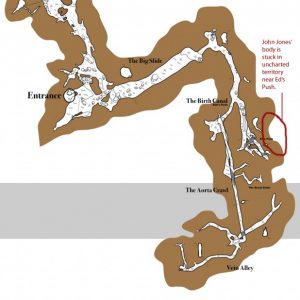 6) His brother Josh was the first to find him

Josh tried to pull his brother out to no avail. In a tragic turn of events, as he was pulling at John’s calves, John slid even further down the shaft. What’s worse is that now he was stuck upside down with one hand beneath him and the other wedged above.

As the boys were devout Mormons, they started to pray. John fervently prayed for guidance and to save him for his wife and kids.

7) Josh then navigated towards the entrance to call for help, however, by then John was trapped 400 feet into the cave and 100 feet below the Earth’s surface.

8) The first rescuer on the scene was Susie Motola, who arrived at around 12:30 a.m on November 25. By this time, John had been trapped inside the Nutty Putty cave for three and a half hours. Motola then spoke to John and introduced herself, even though all she could see of him were his pair of shoes.

John spoke to her saying, “Hi Susie, thanks for coming, but I really, really want to get out”.

9) Over the next 24 hours, more than 100 rescuers feverishly worked to free John. According to rescuer Shawn Roundy, “it was very narrow, very awkward, and difficult to get rescuers down there”. He further stated that the rescuers faced various difficulties.

Initially, that option seemed to have been working fine. After setting up the system, the rescuers managed to pull John up. Their progress was slow and they could only pull him a foot at a time. Things started to look very promising. Additionally, the rescuers also got the opportunity to feed John through IV tubes.

However, a tragedy struck and one of the pulleys suddenly broke. According to Roundy, the pulley came loose at its anchor point due to the clayish-rock of the cave. This marked the end of the rope and pulley operation and John was back where he was initially trapped.

To make matters graver, all this time, John was stuck upside down in the cave which was putting tremendous pressure on his heart and body. Moreover, his physical condition was deteriorating by the minute and he was having difficulty maintaining consciousness.

A medical professional then crawled close enough to pronounce him dead due to cardiac arrest and suffocation. Ultimately, rescue personnel had spent 27 hours trying to save John.

John Edward Jones wasn’t the first person who got trapped in the Nutty Putty Cave. Before him, in 2004, two boys had nearly lost their lives in separate incidents in the same place where John was trapped. In one of the cases, the rescuers took 14 hours to free a 16-year-old kid using several complex pulleys.

After the incidents, officials closed the cave for safety reasons. And it had only been reopened for six months when John and his family decided to explore it.

Ultimately, John Edward Jones’ body was never recovered from the cave. The officials deemed it too dangerous for its retrieval. As a result, that particular crevice is his final resting place. After a week of his tragic death in the Nutty Putty Cave, the cave was sealed permanently for good. Additionally, a plaque is put upon its entrance to commemorate John’s memory. 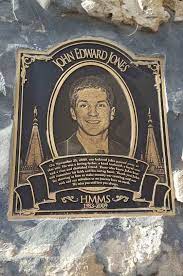 The Last Descent is a 2016 survival drama, which is based on the 2009 rescue attempt of John Edward Jones in Nutty Putty Cave. The feature film is directed by Isaac Halasima and showcases the terrible ordeal faced by John. It essentially shows us a glimpse of the varied emotions he must have experienced while being trapped.

Enjoyed the above article? You may also enjoy Marvin Heemeyer’s Killdozer Rampage