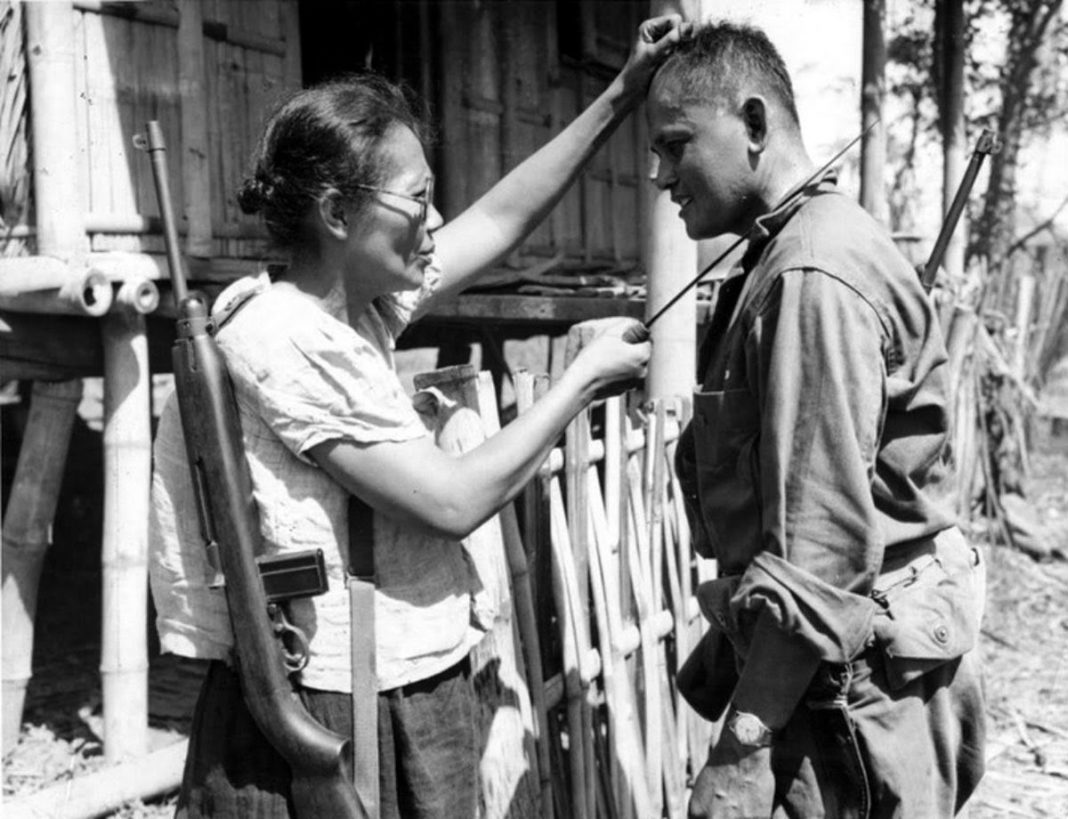 World War II was a large scale war that involved most of the major countries of the world. Consequently, both women and men were required to serve their country, on the home front as well as the war front. Women played a pivotal role during the war; one such woman was Nieves Fernandez, a Filipino school teacher who was instrumental in killing 200 Japanese soldiers.

Let us take a look at Nieves Fernandez- the silent killer during World War II.

1) Nieves Fernandez was just an ordinary school teacher in Tacloban City, Philippines. She was a beloved teacher and her students lovingly called her ‘Miss Fernandez’. She also owned a small wholesale business. However, her life was about to change drastically!

2) When the Japanese arrived in the Philippines in 1941, they took full control of the region

Subsequently, on May 25, 1942, their forces arrived in Tacloban City which was the beginning of Leyte’s two-year occupation. They conquered lands and took away all the possessions of the natives. Additionally, nobody was allowed to own any business, and if anyone refused to comply, they were forced into submission through torture. Plus nobody was allowed to teach anything unless it was approved by Imperial Japan.

“When the Japs came, no one could keep anything, they took everything they wanted”.- Nieves Fernandez, Lewiston Daily Sun in November 1944.

3) As Nieves Fernandez was a native of Tacloban City, she witnessed the inhumane treatment of the Filipinos by the Japanese. Subsequently, the Japanese took away Fernandez’s wholesale business and further threatened to take away her students. This was the last straw for her and that’s when she decided to take matters into her own hands.

The fearless Fernandez took on the persona of the ‘silent killer’; she would dress in an all-black ensemble and go barefoot in the forests and set up various ambushes for the Japanese troops. Her weapons were a bolo and a makeshift shotgun which she made out of a gas pipe.

At the same time, the Philippines had several guerrilla groups who were working to remove the Japanese forces from the region.

During the war, many Filipinos got skilled at making weapons out of scraps. One such weapon was the deadly makeshift shotgun that was made out of ordinary gas pipes. These guns were called “latongs” or “paltiks.”

The ‘bolo’ was essentially a long knife or machete and was usually used by the Filipinos while farming or clearing vegetation. As it was easily available, it became an optimum weapon of choice for peasants and farmers. Hence, by using these improvised weapons, Fernandez was able to carry out ambushes on her own for two and a half years.

6) Nieves Fernandez eventually started working with Tacloban’s natives and decided to create her own guerrilla group. She rounded up 110 men and named them the Waray guerrilla. She took their command and consequently acquired the title ‘Captain Fernandez’.

Although her group was small, they were highly efficient and deadly. Fernandez even taught her men how to kill using the bolo. Her method was to cut the carotid artery and the jugular, which efficiently and ‘silently’ killed the victim.

Hence it was due to her phenomenal bolo abilities that she got the title of the ‘silent killer’. The Japanese also called her the ‘crackshot’ for her remarkable shooting abilities.

Subsequently, American soldiers were shocked to learn that a woman commanded the team. The U.S. troops named Captain Fernandez’s group the ‘Gas Pipe Gang’ as they used makeshift gas pipe shotguns and handmade bombs loaded with gunpowder and old nails.

The fame of the silent killer spread far and wide and as a result, the Japanese issued a bounty of 10,000 pesos on her head. They were hoping that one of her acquaintances would betray her. Ultimately no one did.

9) However, everything wasn’t always so smooth sailing, and in one encounter against the Japanese, Fernandez was wounded and a bullet left a scar on her right forearm.

Additionally, they also sabotaged Japanese supplies and raided hundreds of enemy camps. Fernandez was also instrumental in freeing comfort women. According to Remedio Fallas, a former comfort woman and the author of The Hidden Battle of Leyte: The Picture Diary of a Girl taken by the Japanese Military, the guerrillas freed many young women. Further stating that the guerrillas annihilated Japanese troops in several villages. 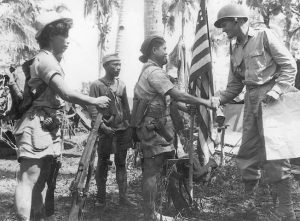 Enjoyed the above article? You may also enjoy Lucretia- The woman who ended the Roman monarchy

Previous article15 Weird (Yet Deadly) Weapons in History
Next article20 Interesting Facts About Ancient Greece That You May Enjoy!