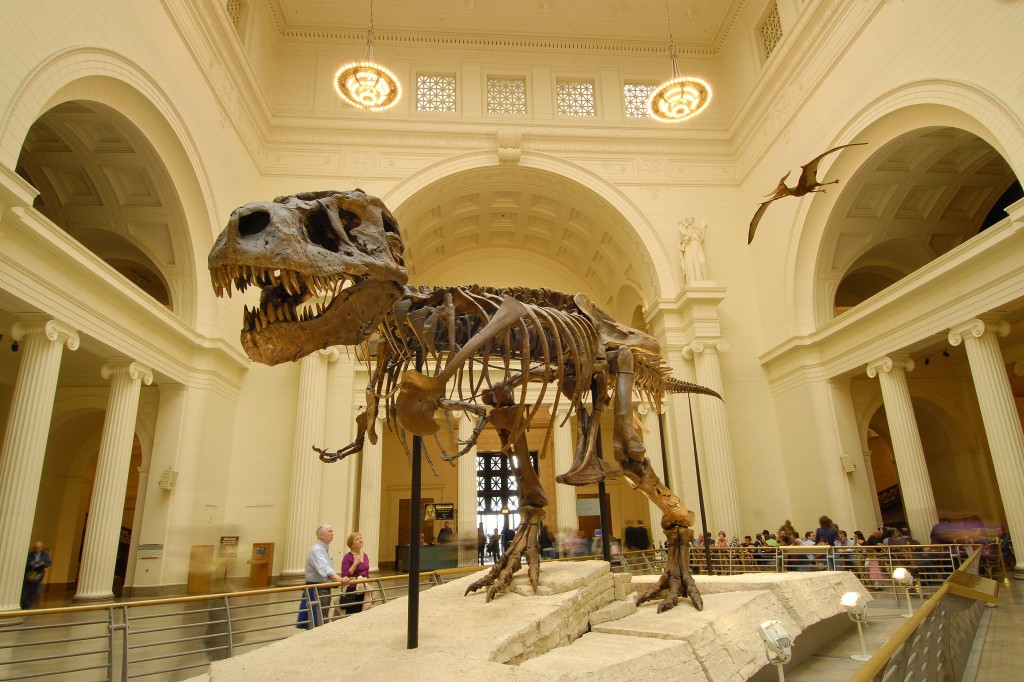 Most of us have visited a museum at some point or the other in our life. They are institutions that house ancient and modern artefacts. Additionally, they conserve these artefacts so that generations can view them and get a taste of the world’s history. Moreover, museums have vast importance hence we have compiled a list of interesting facts about museums from all over the world.

1) The first fact about museums on our list is about the etymology of the word. The word museum originally comes from the Ancient Greek word ‘museion’ which refers to a place of worship for the muses of the arts.

2) Titled by many historians as the first museum in the world, the Ennigaldi-Nanna’s museum was built by a Babylonian princess in circa 530 BCE.

3) Another interesting fact about museums is that the Ashmolean is the first public museum in the world.

The title of the oldest museum in the world, however, goes to Rome’s Capitoline Museums. The museum was founded in 1471 when Pope Sixtus IV donated a collection of bronze sculptures to the people of Rome. This collection includes the famed Capitoline She-Wolf, which would later become the symbol of Rome.

4) The Plastinarium museum in Germany houses a bizarre collection of plastinated corpses. The museum even demonstrates the fascinating yet graphic process of plastination to the visitors.

Yes, you read that right! The Momofuku Ando Instant Ramen Museum a.ka. the Cup Noodles Museum is a museum in Osaka, Japan. Its a museum dedicated to Momofuku Ando, the creator of the world’s first instant noodles. It houses an extensive collection of instant noodles from around the world. Additionally, the museum also allows you to create your own ramen noodles from scratch!

6) Mexico’s Museum of Mummies displays an exhibit of the world’s smallest mummy. Originally an ossuary, it rebranded itself as a museum by 1969.

7) The collection of the American Museum of Natural history grows by 90,000 specimens every year!

8) The camera that captured the only known footage of the first plane strike on 9/11 is on display at the Smithsonian museum.

9) India’s Sulabh International Museum of Toilets demonstrates the history of toilets spanning from 3000 BCE to the 20th century. It displays the gold plated toilets of Roman Emperors to medieval ones. Additionally, the museum also exhibits a collection of rare toilet poems!

10) The ‘froggyland’ museum in Croatia houses a collection of taxidermied frogs in human positions such as rowing boats and sitting in class!

11) A 2,000-year-old loaf of bread was discovered during excavations in Herculaneum, and its recipe has been recreated by the British Museum.

12) One of the important museums of the Ancient World was the Museum of Alexandria. Built by Ptolemy I Soter around 300 BCE; it was an esteemed centre for learning. Additionally, the famed Library of Alexandria formed a part of the museum.

13) Hollywood’s Museum of Death is a delight for all crime fanatics! It houses a collection of art and artefacts surrounding the subject of death. It includes the head of the French serial killer Henri Landru.

Located in Nagasaki, Japan, the museum is a remembrance of the tragic atomic bombing of Nagasaki by the U.S. on 9th August 1945. It covers the history of the event and is a reminder of the destruction caused by nuclear weapons.

It follows the perspective of the book of Genesis. The museum essentially makes you venture into biblical history. And states that the world’s creation took place around 6000 years ago in a period of 6 days. An interesting fact about the museum is that during its opening ceremony a plane flew over it with the banner ‘thou shalt not lie’.

16) The Museum of Broken Relationships, Croatia is dedicated to failed love relationships. It displays artefacts such as personal notes and objects left by former lovers.

17) It’s quite a laborious task to make one wax figure at Madame Tussauds. It takes at least 6 months, at least 200 precise measurements and photographs, 2,400 Ibs of wax and a whopping $300,000 to make each figure!

18) The Mütter Museum in Philadelphia houses quite a macabre collection of human skulls. Its most famous exhibits are pieces of Albert Einstein’s brain and the ‘soap lady’.

19) The Hermitage Russia had initially been the private collection of Catherine the Great. It was also the residence of the Tsars of Russia for almost 200 years. It officially opened its doors as a museum to the public in February 1852.

20) Another interesting fact about the Hermitage Museum is that it’s home to almost 50 cats! Cats have been around the museum since the 18th century when they were brought in to get rid of the mice. Catherine the great even titled them as the guardians of the museum.

21) The first and only museum for potato fries is the Frietmuseum in Belgium. The institution is devoted to the history of potatoes and the production of Belgian fries. The museum also has a section where you can sample the various fries.

22)  An interesting fact about the Guggenheim Museum, New York, is that it is one of the youngest monument to be designated as a National Historic Landmark. It was titled so in 2008 when the structure was 49 years old.

23) The Museum of Bad Art, Massachusetts, only displays the worst of art. An important criterion for accepting art is that it should have an ‘oh my god’ value and should not be boring.

24) As the name suggests, the Icelandic phallological Museum is for all things penile. It houses a collection of more than 200 penises and penile parts of land and sea animals. There is even a special section for whale penises!

25) St. Peters Basilica, the biggest Catholic church in the world is part of the Vatican Museums.

26) The Torture Museum in Amsterdam houses an extensive collection of medieval torture instruments such as the guillotine and the execution wheel.

27) The Gold Museum in Bogotá, Columbia houses the largest collection of gold artefacts in the world. Its most famous artefact is the el dorado raft.

28) Avanos Hair Museum displays a vast collection of locks of female hair. An interesting fact about the museum is that passing tourists and visitors deposit this hair at the museum.

29) But Avanos hair museum is not the only hair museum in the world. In fact, the oldest museum for hair art is Leila’s Hair Museum in Missouri. The displays here date back to the 17th century with exhibits including the hair of Elvis Presley and Michael Jackson!

30) A museum that is off-limits to the public but fascinating nevertheless, the CIA Museum houses war memorabilia and gadgets used by the agency. One of its notable exhibits is Osama Bin Laden’s AK-47.

31) The Museum of Counterfeiting, Paris is famous for exhibiting knockoffs of popular brands. The knock off goods ranges from pharmaceuticals to luxury fashion. 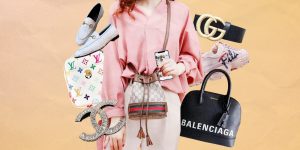 32) Galileo’s middle finger is on display at the Galileo Museum, Italy.

33) Described as the museum of painters, the Prado in Spain, hosts one of the finest collection of European Arts and the single best collection of Spanish Art. It was originally called the Royal Museum; then the National Museum of Painting and Sculpture. Finally, it got its current name as the Museo Nacional del Prado.

34) The largest museum in the United States is the Metropolitan Museum of Art, colloquially called the MET.

35) A museum located in the sewers

That’s right! the Sewer Museum is located in the sewers of Paris. And it is devoted to the history of sewers spanning from the 14th century to the 20th century. I don’t know about you, but I am certain, the It character Pennywise would have loved it!

36) Origami art is almost synonymous with Japan. Hence, it’s no wonder that Tokyo’s origami Museum was built to educate about the art’s history.

38) The underwater museum in Mexico has a vast collection of 500 sculptures. These are submerged deep in the ocean. Additionally, they are also instrumental in advocating the growth of coral reefs.

39) An interesting fact about the Louvre Museum, France is that it exhibits one of the largest sphinxes found outside of Egypt, the Great Sphinx of Tanis. The impressive structure dates back to 2,600 BCE.

40) Another fact about the Louvre is that it houses the famous Mona Lisa. Additionally, due to its 1911 theft, the museum keeps it encased in bulletproof glass.

41) Did you know that the Guggenheim faced harsh criticism when it opened in 1959? One critic dismissed it as “a war between architecture and painting, in which both come out badly maimed.” Another one called it “an indigestible hot cross bun.” NYC Parks Commissioner Robert Moses infamously said that it looked like “an inverted oatmeal dish.”

42) An interesting fact about the British Museum is that it exhibits one of the first-ever customer complaints. A stone tablet depicts that a man named Nanni wrote a complaint to his copper merchant around 4000 years ago!

43) Another fact about the British Museum is that their Department of Ancient Egypt and Sudan exhibits the biggest Egyptian collection in the world, second only to Cairo’s Egyptian Museum. Their vast collection of mummies attracts visitors from all over the world.

44) Did you know the MET houses the world’s oldest piano? An Italian maker of musical instruments Bartolomeo Cristofori built it in the year 1720.

45) The Mask of Warka is one of the earliest and oldest accurate depictions of a human face (3100 BCE). However, after the 2003 U.S. invasion, it was stolen from the National Museum of Iraq. Following that, the U.S. deployed a mission to recover lost artefacts. Eventually finding the piece, buried in a farmer’s backyard.

Enjoyed the above article? You may also enjoy this article 5 Bizarre & Creepy Museum Exhibits