A surname indicates a persons tribe or community. A surname denotes the last name or the family name. In Europe, up to the year 1000, individuals had the same name, it was only after the 13th century that surnames were introduced. In medieval times, a surname indicated a person’s occupation, topographic origin, patronymic and nickname.  These factors were the basis for Medieval English surnames.

Let us read about Medieval English Surnames- Origin and History.

During the middle ages, most of the Europeans were farmers and lived in small communities. In this way, most people knew each other so there wasn’t any need of a surname. This however changed as the population started growing. Suddenly there was a necessity to distinguish between people. 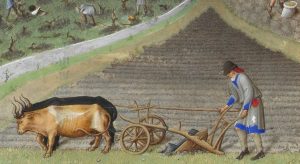 2) In England for example, individuals did not use surnames but instead used personal names. However, after the Norman conquest of 1066, the population of the country grew. Hence, it became essential to identify and distinguish between people.

3) Most of England’s population lived in small villages under the feudal system, but after the invasion of an army of Norman, Breton, Flemish and men from other regions of France, the population grew exponentially. This growth called for a system to identify and distinguish people more precisely. 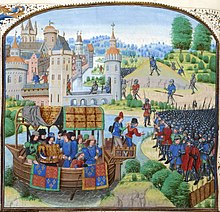 4) Subsequently, the Norman nobles introduced new Christian names in the country, as a result, many individuals had the same name. Hence the use of surnames became a necessity.

5) Medieval English surnames were derived from various sources. However, they are grouped into four main categories: A person’s occupation, locative, on a patronymic basis or a person’s nickname.

6) Medieval English Surnames were based on a person’s occupation

The medieval surnames of individuals were often derived from what they did for a living. For example, Thomas Baker indicates his occupation was a baker or the name John Knight indicates that he is a knight, or Richard Smith meaning he is a blacksmith.

Locative surnames are based on a person’s topographic origin, where they stay, the land they own or their place of work. For example, Sarah York, meaning ‘Sarah who works in the town of York’ or Jack Underhill, a reference to the hill where he might have lived.

Patronymic medieval surnames were usually based on the Father’s first name. For example, John’s daughter Elizabeth would have become ‘Elizabeth John’. Or if John adopted a son named Richard, he would be called Richard Johnson a.k.a ‘John’s son’.

A nickname or characteristics such as Little, Short or Big were often the basis for a person’s nickname. Another basis for surnames was complexion such as white or red(which became reed).

10) The usage of surnames continued long after, additionally, an increase in immigration saw an implementation of new surnames.

11) The unification of Wales and England in 1536 brought in an English system of surnames.

12) The guild system of medieval surnames

A way to transfer surnames was via the guild system. This system was based on apprenticeship. During the 13th and 14th century it became mandatory in London for an apprentice to use his master’s surname, either temporarily or permanently.

The introduction of the Parish registers in 1538 denoted a more distribution of family name. These registers made account of baptisms, marriages and burials by the church. As a result, surnames became hereditary so as to keep a record of that the family’s history and genealogy. However, at the same time, it was common to see that an individual was baptised under one name, married into another name and buried under a third name.

15) Surnames amongst the royalty

During the 11th century, the feudal royalty and gentry were the first to make use of surnames. Once the Norman nobles arrived in England, they often affixed a ‘de’ (of) before the name of their village. Or they used the father’s name preceded by ‘Fitz’ (from French word fils ‘son’). However, eventually, they dropped this practice and started using surnames based on their new England holdings.

16) In nobility, surnames indicated lordship and ownership of properties and regions. They often took the name of the most important castle they owned as their surname.

17) In spite of the nobility being the first to use surnames, they often made use of titles (Warwick, Northumberland, Suffolk, Norfolk, Gloucester, York, Lancaster) which often changed.

18) The nobles like dukes or earls were known by their titles. The titles of the nobility would be passed down to the heir, though often not inheritable by daughters. Additionally, if the heir was not in the direct line then he would change his name to that of the original family name.

19) Additionally, most of the high medieval ancestries only date to 1000, mainly due to the changes in naming patterns. Before that time patronymics did not exist and all individuals had one name.

During the middle ages, the monarchs did not have surnames. Instead, they used their baptismal names or their regnal names. Their regnal names were often followed by a regnal number which was a Roman numeral, for example, Charles VI of France or Henry V of England. Additionally, their surnames originated from the dynasty they descended from. For example, Richard I from the House of Plantagenet.

21) The first English ruler to use a hereditary surname was Edward IV.

Enjoyed the above article? You may also enjoy Famous medieval buildings and their history

Previous articleNew York City used to deliver mail through underground pneumatic tubes. They managed to deliver all sorts, including food using the same tube.
Next article“Knocker ups” used to walk the street in the morning and wake people up by shooting peas at their windows. They earned a good 6 pence a week doing this.