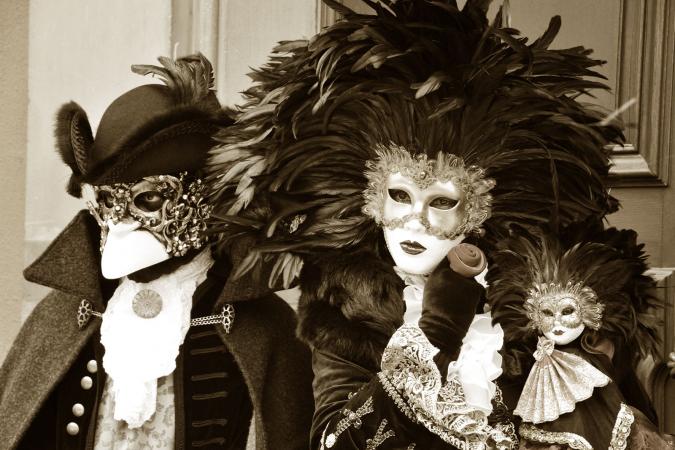 Masquerade balls are essentially events where individuals wear costumes with elaborate masks. Additionally, masquerade balls have existed since medieval times and have a fascinating history.

1) Dating back to the 14th and 15th centuries, masquerade balls were a feature of Europe’s carnival season. During this time individuals would don costumes and masks and participate in elaborate parties and parades. 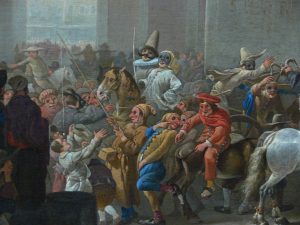 2) The masquerade ball fervour spread like a wildfire in France where most of these events were held by royalty. 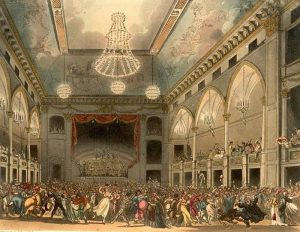 The notorious event was held by Charles VI of France in celebration of the marriage of the queen’s lady in waiting. The king and five other men essentially dressed as wild men; with a costume made of linen soaked with resin to which flax was attached. The costume was highly flammable. Subsequently, the king’s drunk brother allegedly threw a torch at one of the dancers and they all ended up catching on fire. Although the king was saved, the other dancers met a gruesome demise. 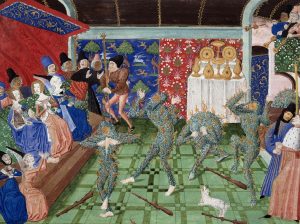 4) Masquerade balls became associated with Italy in the 16th century

While some sources claim otherwise, it wasn’t until much later in the 16th century that the concept of masquerade balls entered Italy. However, that did not deter the Italian aristocracy from taking full advantage of the ball’s anonymity. The Venetian society especially attended and threw these balls. For them, it was a night to indulge in scandals and debauchery undetected. Hence secret financial transactions, scandals and inappropriate sexual behaviour filled the Venetian balls. 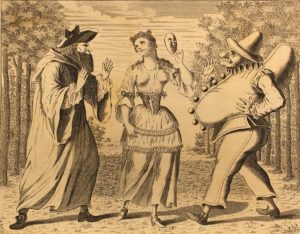 5) With the fall of the Venetian Republic at the end of the 18th century the masquerade balls gradually diminished in numbers until they were nothing but a memory. 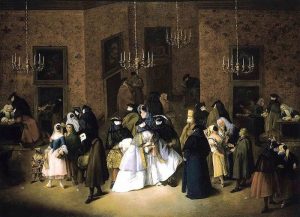 7) Subsequently, London’s public gardens such as the Vauxhall Gardens and Ranelagh Gardens transformed into gardens that were optimum for holding public masquerade balls. Additionally, the events became synonymous with unescorted women and unseemly behaviour and were deemed as “The Man of Taste”. 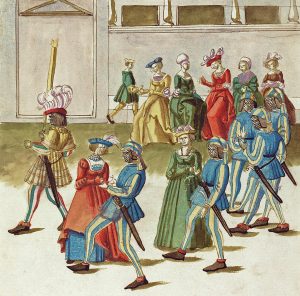 8) Masquerade balls became highly popular throughout mainland Europe during the 17th and 18th centuries. However, they had their fair share of fatal events.

One such event was the 1792 assassination of the King of Sweden Gustav III. The king was at a ‘masked ball’ when he met his death at the hands of an assassin. The event was subsequently showcased in Giuseppe Verdi‘s opera A Masked Ball.

9) Men and women usually wore puffy outfits with lace collars during the masquerade balls. These were called ‘Vandykes’; the term is derived from Flemish painter Anthony Van Dyke who is famous for portraying such outfits in his art.

Masquerade balls masks were important because they hid the wearer’s identity. In this way, one could freely express their opinions and emotions without any judgement. The Venetian masks consisted of various materials including velvet and clay. Additionally, they were adorned with various ornaments such as feathers and coloured beads. 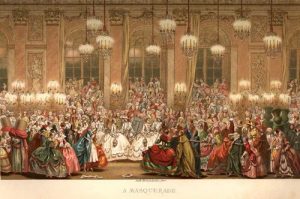 The Bauta was a traditional and archetypal Venetian mask. Both women and men wear it. It’s typically white and people wore them extensively throughout the carnival period. What made it popular was that it lacked a mouth and only covered the upper half of the face. In this way it allowed the wearer to talk, eat and drink freely.

Another popular masquerade ball mask is Colombina. These stunning masks are highly ornate and are decorated with jewels and feathers. They are popular today as well and are worn during various festivals and parties.

As suggested by the name, the Volto is a full-face mask. It is essentially a white fine wax cloth mask and has a three-dimensional structure. Additionally, the mask is paired with a three-cornered hat which gave a little mystery to the wearer.

An instantly recognizable masquerade mask is the Dottore Peste or the Plague Doctor mask. Charles de Lorme, a 17th-century physician is often credited for the mask’s unusual name. He essentially wore this type of mask while treating plague sufferers.

Pulcinella is a dark coloured mask that has a sizeable hook nose that looks like a beak, and slanted eyes. Additionally, it has very little adornment or decoration and is traditionally worn with loose-fitting black overalls.

A pierrot mask is similar to the Arlecchino. It is a full coverage white mask and represents a stock character of pantomime and Commedia dell’Arte.

12) Today, masquerade balls are held in Venice and New Orleans. And during celebrations such as Halloween and Mardi Gras. However, they are not a part of our culture anymore and are more of a novelty.

Enjoyed the above article? You may also enjoy The Parthenon frieze- History| Interpretions| Facts