Lucretia- The woman who ended the Roman monarchy 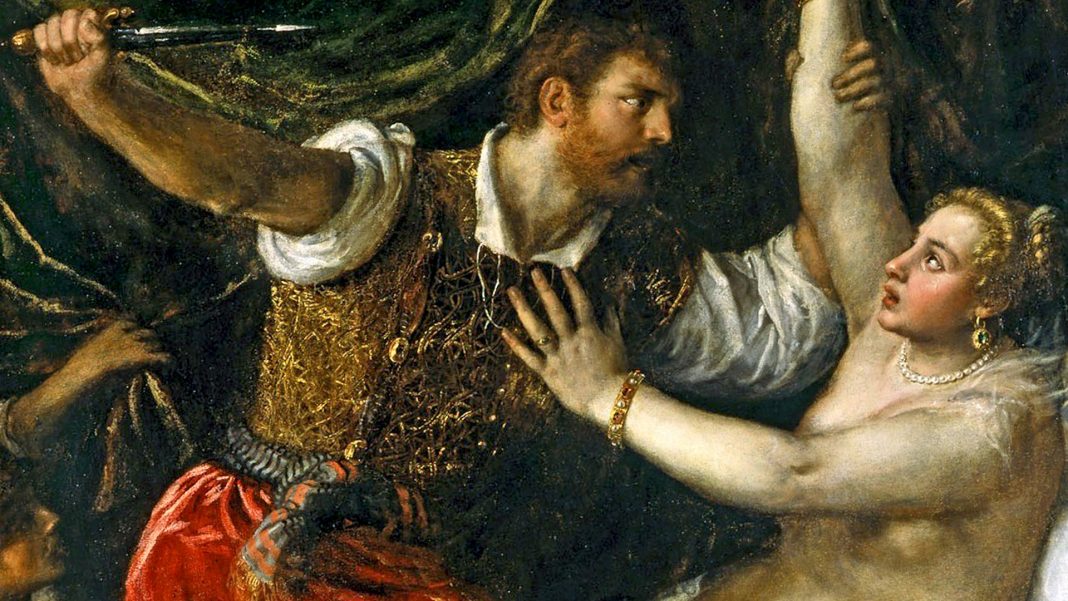 Here are 20 facts about Lucretia- The woman who ended the Roman monarchy.

1) There aren’t any contemporary records of the rape of Lucretia. Most of what we know is derived from the accounts of Roman Historians Livy and Dionysius of Halicarnassus.

2) She was the daughter of Spurius Lucretius Tricipitinus, the first Suffect consul of Rome. Her father went on to become a semi-legendary figure in Rome.

3) She was considered as an epitome of morality. Additionally, she was a virtuous and ideal Roman wife. It is often depicted that she was completely devoted to her husband. Other Roman wives used to feast and drink wine when their husbands went to war. Lucretia would instead stay at home and pray for her husband’s safety.

5) Lucretia was married to Lucius Tarquinius Collatinus, who was the son of Egerius. Additionally, he was the nephew of the fifth King of Rome, Lucius Tarquinius Priscus. Although Collatinus had famous relatives, he didn’t have any social standing in Rome.

6) Collatinus and Lucretia were considered as an ideal Roman couple. They were both faithful and devoted to each other.

7) The infamous rape is said to have taken place in 509 BCE.

The kings’ sons along with Collatinus and Lucius Junius Brutus were drinking one night. They then placed a bet to see which man’s wife had the best character when their husbands were not around. When the husbands secretly returned home, they found their wives drinking and in conversation. In contrast, Lucretia was inside and weaving alone in silence. The winner of the bet was Collatinus, who had the most virtuous wife.

9) The night of the rape

Lucius Tarquinius Superbus was involved in a siege at Ardea. He subsequently sent his youngest son Sextus on a military mission to Collatia. He was hosted at the house of Collatinus. There he was treated with utmost hospitality. But he had sinister intentions in mind. That night he snuck into the chambers of Lucretia. He awakened her and forced her to submit to him. He threatened that if she did not submit to him, he would kill her and place her nude body next to the body of a servant. Thus making her look like an adulteress. Lucretia unwillingly submitted to his advances.

10) The events following the rape of Lucretia-

In Dionysius’ account, the following day, Lucretia dressed in black and set for her father’s home. There she wept in front of her husband and her father. She then called for witnesses and narrated what had happened to her. She then swore them to take revenge on her behalf. Subsequently, she stabbed herself in the heart and died in the arms of her father. This act shocked the witnesses.

In this version of the story, Lucretia called her husband and her father to meet her, insisting that they bring witnesses with them. The witnesses were the aristocrats of Rome and Lucius Junius Brutus. Upon entering her room, Lucretia disclosed the incident of the rape. She then took an oath of vengeance and made them swear they would take revenge and that the adulterer would not go unpunished. While the men discussed the matter, Lucretia took out a dagger and stabbed herself in the heart.

11) Following Lucretia’s death, the witnesses present were enraged. They swore that this incident marks the end of the tyranny of the monarchy. Each man present passed around the bloodied dagger and swore an oath of revenge. They vowed to overthrow the Roman monarchy.

12) The revolutionary committee of men then picked up Lucretia’s corpse and paraded her around the town, then they took the body to the Roman Forum. There she was on display for people as a testimony to the horrors committed by the monarchy.

13) At the Roman Forum Brutus called for the overthrow of the Monarchy. He stated numerous charges against the tyrant king. He told them how Tarquin had murdered the previous king and how he abused his power. Additionally, he narrated the tragic tale of the rape of Lucretia to the Roman comitia. Moreover, he urged the people to rescind the king’s imperium and to send him into exile.

14) Upon hearing about this uprising Sextus Tarquinius fled to Gabii. He hoped to seek refuge there. But due to his heinous act, he had made many enemies. He was then killed for his deeds.

The ancient assembly of Rome then opted for a republican form of government. They named Brutus and Collatinus as the two consuls of Rome. This hearing was presided over by Lucretius.

16) Parading Lucretia’s corpse on the streets

The assembly needed agreement and approval of the people as a whole. They wanted to gather the plebians in the forum. To achieve this they paraded Lucretia’s body on the streets to show the tyranny of the monarchy. Through this, they wanted to inflame the sentiments of the people. And they were successful in doing so.

17) The result of the uprising

The uprising marked the end of 25 years of monarchy in the Roman Empire. This uprising established the Roman Republic.

18) All the Tarquins were exiled from Rome after the establishment of the Roman republic. Tarquinius tried numerous ways to reinstate monarchy but in vain.

19) In Livy’s Version, after the fall of the monarchy, Brutus made the people of Rome swear an Oath. He made them swear to never appoint a king in Rome again.

Shakespeare the renowned writer was inspired by Lucretia’s tale and wrote a poem ‘The rape of Lucrece’, which is based on her narrative. In this poem, he paints her as a virtuous woman who was unwilling to submit to her rapist. He additionally mentions her in his famous works; Macbeth, Cymbeline, Titus Andronicus and the Twelfth Night.

The Roman poet Ovid mentions her story in his Book II of his Fasti.

The popular poet Dante also mentions her in a section of his epic poem Inferno. 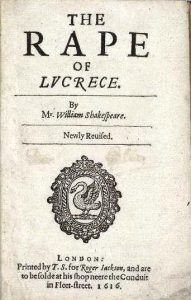 Enjoyed the above article? You may also enjoy 20 facts about Romans that you must know