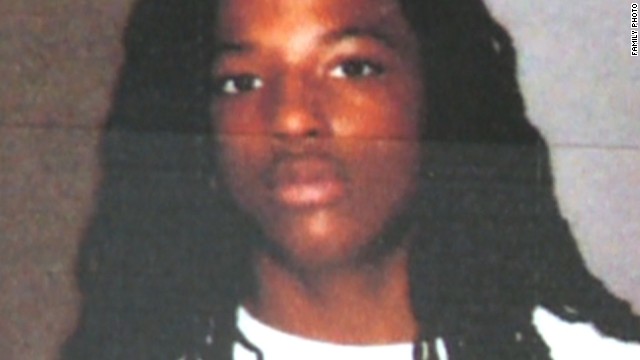 Kendrick Johnson was a 17-year-old high school student. On January 11, 2013, he was tragically found dead rolled up in a gym mat. Even though the circumstances of his death were suspicious, it was ruled as an ‘accident’. His parents however did not believe that and continued to investigate his death. The further they investigated the more stranger it got. Was his death really an accident or was it a cover-up for something sinister?

Let us take a look at Kendrick Johnson- Accident or Murder?

Kendrick Johnson was a 17-year-old student at Lowndes Highschool in Valdosta, Georgia. According to his classmates, he was a sweet quiet boy and wanted to become a professional football player.

2) Lowndes Highschool had two gymnasiums: an old gym and a new one. Many large wrestling mats were kept in the corner of the old gym. These mats were 6 feet tall and around 3 inches wide. Kendrick and many other students often used the rolled-up mats to store their things to avoid paying locker fees.

3) On January 10, 2013, Kendrick Johnson did not return home from school. His parents subsequently reported him missing at midnight.

On the morning of January 11, 2013, a couple of students noticed socks sticking out of one of the rolled-up mats in the old gym. One of them then approached it. Upon noticing Johnson’s body, he tried pulling it out to no avail. Subsequently, after taking the help of a teacher, the mat was unrolled to reveal Johnson’s body positioned vertically. A student called 911 and the school subsequently went into lockdown. Johnson’s parents were informed and later it was found that his body was in an inverted position for 21 hours. As he was upside down, the blood would have rushed to his head. He would have eventually begun to bleed out of his facial orifices, and as a result, his face was bloated with pooled blood.

Officers investigating the case quickly ruled it as an accident. According to them, Johnson was reaching out for one of his shoes and subsequently fell in the mat and died of  “positional asphyxia”. After the mat was unrolled, Johnson was seen with one arm stretched above his head and the other down at his waist. He was positioned as though he was struggling to reach for his shoe. It came to notice that the mat was 6 feet tall and Johnson was 5’10”. Plus when the mat was rolled up it was 14 inches in diameter and Johnson’s shoulders were 19 inches. He might have scrunched his shoulders to fit in, but his family subsequently debunked this theory.

5) Streaks of blood were also found on a wall nearby. But after testing, it was concluded that they didn’t belong to Johnson. Additionally, a pair of orange and black sneakers and a hoodie were found just a few yards away from the body. However, the investigators did not take it in as potential evidence.

6) Additionally, the shoe that lay on the ground below Johnson, the one he was presumably reaching for was lying on top of a pool of blood. However, what baffles most people is that there was no blood on the shoe itself. 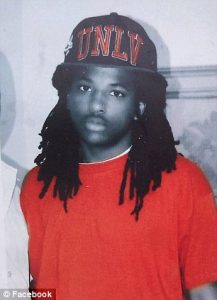 7) Even though Kendrick Johnson’s death was ruled as an accident, his parents were not convinced

They were suspicious of the authorities who quickly concluded there was no foul play involved. Further saying that if it was an accident, wouldn’t anyone hear his cries for help in a highschool of over 3,000 students? Hence, his parents were convinced that his death was not taken seriously due to his race. Kendrick Johnson was black and the investigating offers were all white. Unfortunately, in 2013, racism in Valdosta, Georgia was very much prevalent. Additionally, the family’s attorney said that if Johnson had been white, the case would have been handled differently. 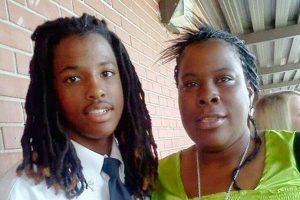 The second autopsy revealed that Kendrick Johnson had suffered haemorrhaging on the right side of his neck. Hence the likely cause of his death was blunt force trauma. Additionally, it was revealed that some of Johnson’s organs were missing and they were replaced with newspaper stuffing.

The Georgia Bureau of Investigation subsequently stated that the organs were put back in the body after the first autopsy. Then the body was sent to the funeral home. However, Lowndes County Coroner Bill Watson stated that many of Johnson’s organs were deemed too badly decomposed to be preserved and had to be disposed of. According to him, this was done during or immediately after the autopsy.

Harrington Funeral Home in Valdosta, which handled Johnson’s body, said that it received the body without organs. Additionally, they replace missing organs with paper or sawdust, as it is a common practice while embalming.

Whatever may have been the case, the organs were lost and could not be tested during the second autopsy. This further aroused suspicions that Kendrick Johnson’s death was not an accident but a cover-up. 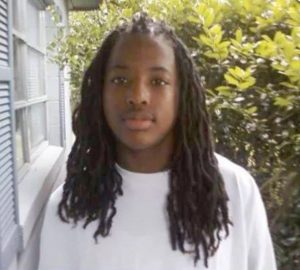 9) Due to new evidence coming to light Matthew Moore, the U.S. Attorney for the Middle District of Georgia declared a formal review of the case.

CNN who gained access to the school’s security footage hired forensic video analyst Grant Fredericks to analyze more than 290 hours of material from all 35 cameras inside and outside of the gym. However, the videos provided very little insight as to what exactly took place that day. The cameras which faced the mats were blurry and erratic. In the end, all Fredericks was able to find was a little more than 18 minutes of video showing Johnson throughout the school on January 10. In one footage he is seen walking towards the gym and others show him jogging within the gym.

However, one thing is clear, that he entered school at 7:31 a.m. and was last seen at 1:09 p.m., walking into the gym where he was found dead the next day. Furthermore, at least an hour of surveillance footage is missing right at the time which would have shed light on what happened that day. According to Fredericks “(The surveillance video has) been altered in several ways, primarily in image quality and likely in dropped information, information loss”.

11) The suspects in Kendrick Johnson’s murder

Subsequently, in 2014, Kendrick Johnson’s family filed a wrongful death suit against Lowndes Highschool officials. They alleged that Johnson had been bullied by a white student which went neglected by the school, perhaps due to his race.

Ebony.com published an article alleging that Johnson was killed by two white brothers. Though they used pseudonyms in their article, these were thinly veiled and the description of the brothers closely resembled Brian and Brandon Bell. The magazine claimed that they had murdered Kendrick because of a fight they had almost a year earlier which had escalated.

Furthermore, the Johnsons also accused the brothers’ father, Rick Bell, an FBI agent at the time, of covering up the murder. They stated that he manipulated the school and the investigators involved in the case.

12) In 2015, the Johnsons filed a $100 million lawsuit against 38 people; including local, state and federal law enforcement officials and three classmates

Among the respondents is Rick Bell whom the suit accuses of ordering his two sons to attack Kendrick along with a classmate and two other unnamed people. However, the Johnsons did not have any hard evidence to back up any of these claims and they subsequently had to drop the suit. They were consequently sued for more than $850,000 in attorney fees and more than $1 million in defamation charges. 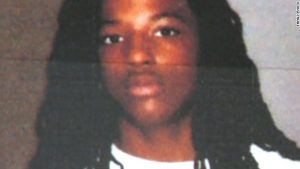 13) In 2016, the Department of Justice declared that they would not be filing any criminal charges against anyone in relation to Kendrick Johnson’s death. Further stating that “there is insufficient evidence”. Hence according to the feds, the case was officially closed.

14) However, Johnson’s parents were not satisfied with the verdict and continued their search for the truth.

15) In 2018, Kendrick Johnson’s body is exhumed again and a third autopsy is carried out

The third autopsy only confirms the findings of the second autopsy. Johnson’s cause of death was ‘non-accidental blunt force trauma to his right neck’. The family subsequently submitted the autopsy and other findings to the Lowndes County Sheriff’s Office and is hoping to get the case re-opened. Additionally, in 2019, they also filed a lawsuit against the funeral home.

Since then there have not been any developments in the case, but we shall be on the lookout.

Enjoyed the above article? You may also enjoy The Mysterious Death of Elisa Lam