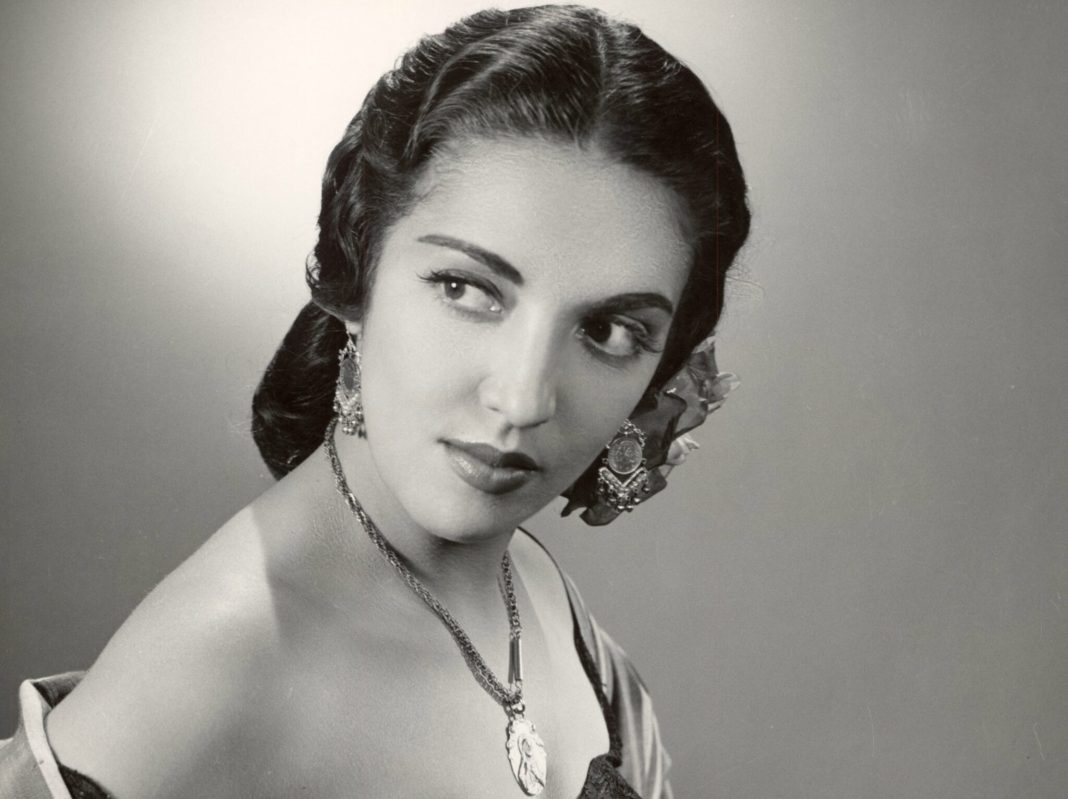 Katy Jurado is best known for her role in the movie ‘High Noon’. She was a Mexican actress who was renowned for playing a variety of roles. She was born on January 16, 1924, and died on July 5, 2002. Although she started her career in Mexico, Hollywood soon recognised her talent. Subsequently, she became the first Latin American actress to be nominated for an Oscar and the first to win a golden globe. Let us dive into the life of the phenomenal woman.

1) Her real name is not Katy 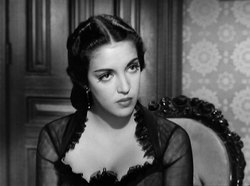 2) Katy Jurado was passionate about acting since childhood

Katy Jurado was passionate about acting since her childhood. However, her parents looked down on the profession. As a teen, she was offered her first movie role by Emilio Fernandez, who wanted her to star in his first film The Isle of Passion (1941). But her parents did not allow this and forbade her from acting. 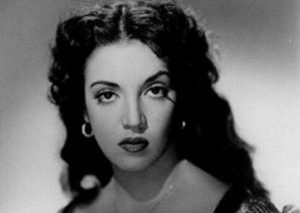 Even though she turned down The Isle of Passion, she was not ready to give up her dream just yet. She was offered another film No matarás (1943). But now, she decided to take matters in her own hands and signed the film’s contract without her parent’s consent. 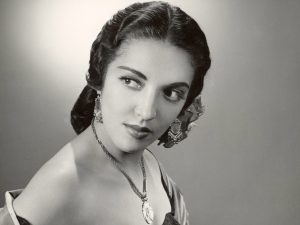 However, her ruse was soon discovered and her parents threatened to send her off to a boarding school. It was then that she met the aspiring actor Víctor Velázquez; the two fell madly in love and she married him at the age of 15! However, the marriage only lasted a few years. 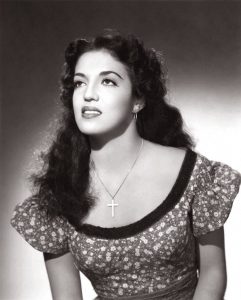 5) The Golden Age of Mexican Cinema

Jurado was renowned for her exotic beauty and she exploited it during her career. She often played the roles of wicked and seductive women and soon became a star during the Golden Age of Mexican Cinema. It was during this time that she was awarded the Ariel Award for Best Supporting Actress. 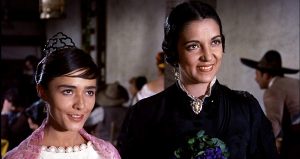 You can say her discovery by Hollywood was a complete accident. In addition to acting, Jurado often worked as a movie columnist, radio reporter and bullfight critic. Once on an assignment at a bullfight event, she was spotted by filmmaker Budd Boetticher and actor John Wayne. Even though they were unaware that she was an actress, Boetticher immediately cast her in his film The Bullfighter and the Lady (1951). Here she played the wife of the matador.

Even though Katy Jurado took up the role in an English film, she did not speak English and only had a basic understanding of the language. As a result, she delivered her lines phonetically. Despite that, she was able to deliver an impactful performance and that’s when she caught the eye of director Stanley Kramer.

Kramer offered her a role in his upcoming movie ‘High Noon’ starring Grace Kelly and Gary Cooper. And to prepare for the role, she took up English classes for 2 hours a day for 2 months. In the movie, she played the role of a saloon owner Helen Ramírez. Due to her phenomenal performance, she won the Golden Globe for Best Supporting Actress.

9) A little known fact about Katy Jurado is that despite her efforts to learn English she couldn’t pronounce the on-screen name for Gary Cooper-Will Doane. Due to this the High Noon’s character was given an easier name to pronounce-Will Kane.

Subsequently, in 1954, Katy Jurado again found success in the film Broken Lance (1954), where she played Spencer Tracy’s wife. A role she played with so much perfection that she received a nomination for an Oscar. Consequently, becoming the first Latin American actress to achieve this.

11) Katy Jurado’s relationships were as gripping as her movies. After divorcing her first husband, she went on to link with many of Hollywood’s elites including Tyrone Power, Marlon Brando and Ernest Borgnine, who she would later marry in 1959 and divorce in 1963.

Just like her marriage, her divorce with Borgnine was a messy one. She often accused him of ‘extreme cruelty’ and after the marriage’s annulment, she fell into depression and moved back to Mexico. She took a break of two years and subsequently, returned to Hollywood and acted in movies such as Smoky and Stay Away, Joe.

Katy Jurado seemed to have hit rock bottom in 1968. In February she called her agent and simply said that she had taken 67 sleeping pills and that she was going to sleep. She further instructed him to give all her furs and money to her children and subsequently hung up. The agent immediately informed the authorities, who thankfully found her in time; her body lying next to a suicide letter written in Spanish. Paramedics then revived and saved her.

14) Despite being offered contracts to remain in the Hollywood industry, she turned them down. The reason being that she didn’t want to lose her career in Mexico by playing stereotypical Latin American characters. Hence she spent the next years alternating between the two industries. 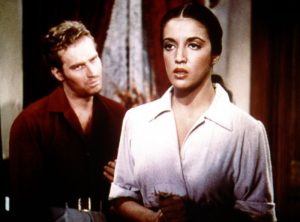 Katy Jurado had two children from her first marriage; Victor Hugo and Sandra. In 1981, Victor Hugo passed away in a tragic car accident. This incident plunged Jurado into a deep depression and led her to quit acting for a few years. She would later say that she gave films a wonderful time which she should have given to her children instead. 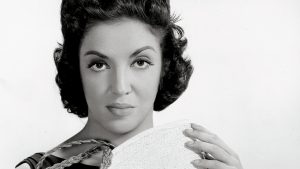 In 1984, John Huston convinced her to resume acting in Hollywood. Jurado then starred in his film Under the Volcano. With that, the Mexican actress resumed her acting career and performed until the end of her days. 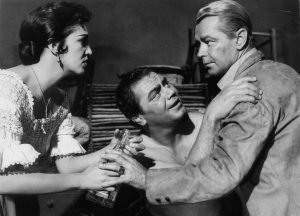 17) Along with films, Jurado starred in a short-lived comedy television series and dabbled in theatre as well by performing in a few Broadway plays.

18) She discovered the body of her fellow actress

Katy Jurado claimed to have been one of the first to see the body of Mexican actress Miroslava Stern after her tragic suicide. She also stirred up a controversy by claiming Stern’s artistic manager had switched the photo in her hand from that of an actor to one of a Spanish bullfighter. Thus altering the cause of the suicide.

Towards her later years, she suffered from lung and heart ailments but that did not stop her from acting. She kept working and following her passion even in the year of her passing. Katy Jurado passed away at the age of 78 due to kidney failure and pulmonary disease. Her last film Un Secreto de Esperanza was released in 2002 posthumously. 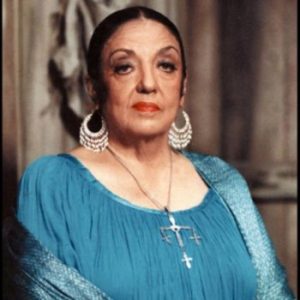 Jurado has a star on Hollywood’s Walk of Fame. Additionally, in 1998, Mexican composer Juan Gabriel wrote a song in her honour Que re’chula es Katy (What beauty is Katy). Moreover, prominent Mexican painter Diego Rover even captured her in one of his paintings. Katy Jurado has indeed set her mark in the film industry and remains one of the most iconic Mexican actresses. 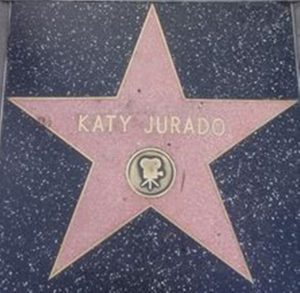 Enjoyed the above article? You may also enjoy Abigail Folger- The unsung victim of the Tate Murders.

Previous articleWho invented the flush toilet? History & Brief Overview
Next articleHiroshima before and after the atomic bombing- in pictures