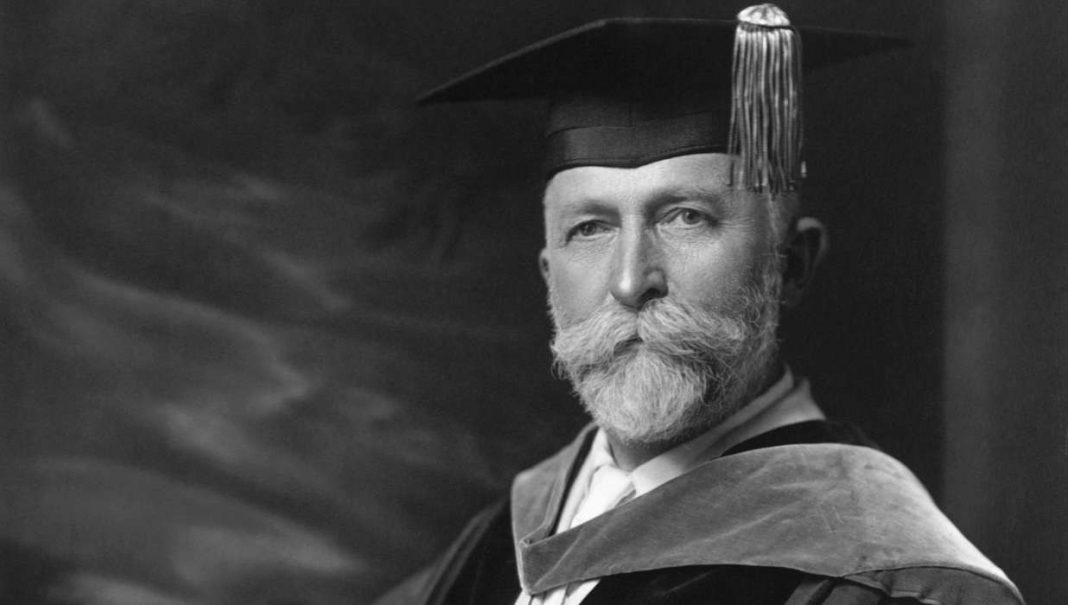 John Harvey Kellogg is a man remembered for his famous surname. Yes, he is the inventor of corn flakes. Along with that, he was a wellness guru and health activist. However, little do people know of his bizarre and complicated past. Read the below text to find out more.

1) John Harvey Kellogg was born on February 26, 1852, to a family of staunch Seventh-day Adventists. The Church was essentially known for its emphasis on hygiene and diet and was opposed to alcohol and sex. These views heavily influenced Kellogg’s theories on health and wellness. 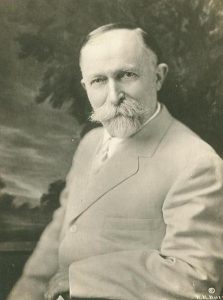 2) He was not formally educated

The Kelloggs essentially believed in the Second coming of Christ. As a result, neither John Harvey nor his siblings got formal education. However, John Harvey Kellogg saw to it that he completed his education. He subsequently went on to earn a medical degree in 1875. 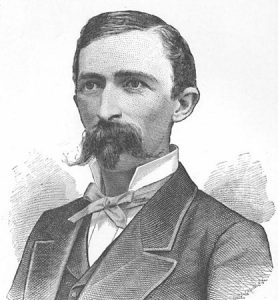 In 1877, Kellogg took over the Adventist-inspired Western Health Reform Institute in Battle Creek and renamed it to Battle Creek Medical-Surgical Sanitarium. The term “sanitarium” implied both hospital care and emphasis on personal hygiene and health. At the time, America was just understanding its importance, thus the Sanitarium merged as a beacon of wellness.

Hence over the years, he and his brother William worked tirelessly to perfect low-maintenance, grain-based breakfast cereal. Their first attempt was essentially a dough that was a mixture of wheat, oats, and corn which after baking broke into little pieces. This was called ‘Granola’. The product was usually eaten by members of the Sanitarium and former patients.

5) The discovery of the flaked cereal

Cornflakes is said to be an accidental discovery. And there are many varied stories regarding its invention. One popular instance tells that John Harvey accidentally kept a batch of wheat out overnight. The next day they went stale.

However, instead of disposing of them, he sent them through the rollers and was surprised to obtain fine flakes, which could then be baked. He asked his brother William to perfect the recipe and they called it Granose. Subsequently, in 1902, they remanufactured the commodity out of maize and called it corn flakes.

At the same time, John Harvey continued to manufacture and sell Granose out of his own company named “Kellogg’s”. Later the Battle Creek Toasted Corn Flake Company renamed itself, Kellogg. John Harvey sued his brother over who got the right to use their last name and William sued him back. Thus ensued a decade’s long legal battle between the two. William eventually won the right as corn flakes became more popular. Thus William’s company came to be known as Kellogg’s Corn Flakes in 1920. 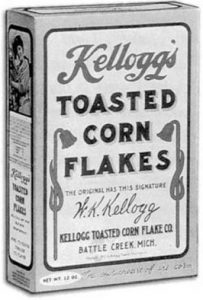 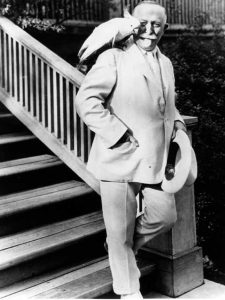 8) Additionally, John Harvey Kellogg was an ardent eugenicist and was one of the founders of the first Race Betterment Conference, which was essentially a fair for eugenicists.

9) The bizarre medical treatments at the Sanitarium

John Harvey Kellogg was hell-bent on trying anything to cure his patients’ illnesses. Some of these treatments were prescient however others were plain bizarre. Some unusual practices included:

John Harvey Kellogg encouraged his patients to get multiple enemas in a day. He essentially invented a device that could run 15 quarts of water through an individual’s bowels within seconds. He also advised they consume a daily pint of yoghurt— partly through the mouth and the rest through the anus.

Kellogg invented numerous contraptions, one of them being the vibrating chairs. These chairs were essentially designed to send shockwaves that would make the occupant defecate themselves. He also invented slapping and flogging machines for the same purpose. 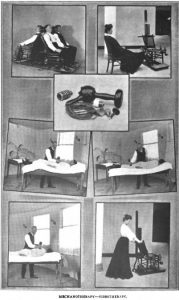 Kellogg implemented several hydrotherapy procedures. One of them included continuous baths. These were regular bathtubs however they could last “for several hours, days and months”. With the only break being for using the toilet. According to Kellogg, these treated various skin conditions and even mental maladies including delirium, hysteria and mania. 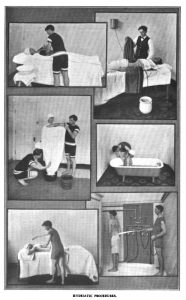 10) At its peak, the Sanitarium was treating tens of thousands of patients

The Sanitarium was a huge success in the United States and was deemed as one of the “premier wellness destinations”. It had a wealthy and famous clientele, including Henry Ford, Thomas Edison, Amelia Earhart, and President William Howard Taft.

Along with his wife Ella Ervilla Eaton, John Harvey fostered 42 children, seven of whom they legally adopted. Additionally, he never mended his relationship with his brother. Although on his deathbed, he tried making amends by writing a heartful apology to his brother, the letter ultimately did not reach William until it was too late.

John Harvey’s legacy is complicated and his life was controversial. However, he was instrumental in providing America with one of its most beloved breakfast foods. Subsequently, in 2006, John Harvey Kellogg was initiated into the National Inventors Hall of Fame for the discovery of tempering and the invention of the first dry flaked breakfast cereal.

Furthermore, although his ideas on health might seem unusual, he might have been doing something right because he passed away at the ripe age of 91. 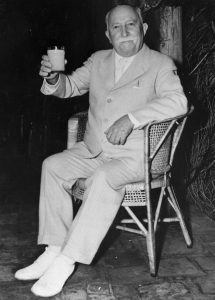 Enjoyed the above article? You may also enjoy 9 Bizarre Facts about Nikola Tesla that you won’t believe are true!