The sporran is an integral part of the male Scottish Highland dress. It essentially functions as a wallet for the kilt. There are many different types of sporrans, and they are worn according to the occasion.

Read 16 interesting facts about the sporran.

1) It is Gaelic for purse and as Scottish kilts do not have pockets, it was created as a necessity. Its exact origins are unknown, but it is believed that it originated in the 12th century as part of the male Scottish Highland dress. 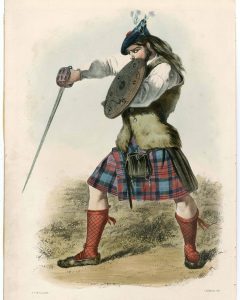 2) Traditionally sporrans were made from leather or skin such as deerskin, sealskin or calfskin. They were basic in design and usually gathered at the top by simple drawstrings. 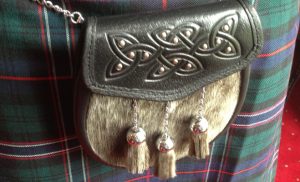 3) The sporran’s simple design has evolved significantly over time. Although one thing has remained consistent-the tassels in the front. They typically feature three tassels which served a practical purpose which was to hit flies away from the food supplies kept inside. 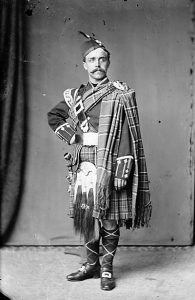 5) Another way of hanging the sporran is a leather strip called a ‘wang’ developed many years ago by sporran maker Jim Kirkwood. It has no metal parts and an easy fastening system.

6) During the 18th century, sporrans are seen on portraits of military figures and aristocracy. These depict the development of a style with a metal clasp known as a cantle.

7) It was towards the 19th century that the purses started becoming more ornate and elaborate while using a range of animal hair and skin.

8) In the 20th century the sporran started incorporating the changing fashion trends; it started including 5th-6th century Celtic symbols in the flap and the cantle.

As the name suggests, this style is convenient to use on a day to day basis. It is typically made out of leather with three or more leather tassels. Additionally, they have a Celtic knot or thistle design embossed on the front of the flap and body. Moreover, they fasten with a stud or hook closure. 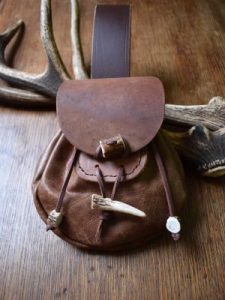 The dress sporran is highly ornate and quite different from the simple leather ones. It usually has a metal cantle and a fur-covered face with fur or hair tassels. The metal cantle usually has an intricate design or Celtic knots and thistles. Sometimes the cantles are silver plated and its top contains a set stone, jewel or Scottish symbols. Additionally, dress sporrans can also be made of leather, these are called ‘hunting dress sporrans’ and are worn for formal hunts. 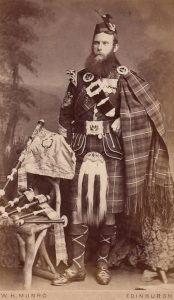 This type of style is worn during formal events such as ceremonies or weddings. It usually contains fur faced fronts, a fur gusset, decorative fur tassels which are paired with regular or cross chains and a metal cantle at the top; the cantle then arcs along the top of the purse and conceals a clasp, usually made out of pewter or silver and adorned with gemstones. Furthermore, this style is usually decorated with Celtic patterns.

This style is a combination of the full dress and day sporrans. It essentially contains a fur faced front with a leather flap. The leather flap is often embossed with Celtic symbols, Scottish symbols or clan insignia. The body is made from fur and has three decorated tassels hanging from the front.

This type of style is typically made from the heads of small animals such as the badger, otter or fox. The animal’s head makes the flap and its pelt makes the body of the sporran. This style is associated with the early Scottish sporrans. Today they are not the standard style for formal occasions but are used for historic reenactments and festivals. 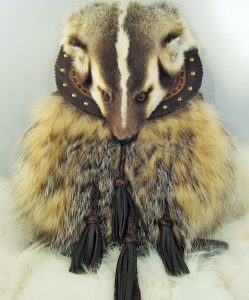 These are normally associated with pipers or drummers. They are a very long and dramatic style, and in a traditional purse, the hair will reach just below the hem of the kilt. A very common horsehair sporran consists of black horsehair tassels on a white horsehair background. 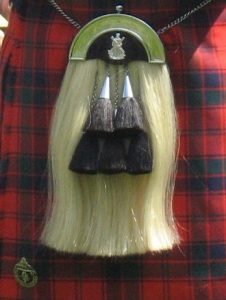 Traditionally the Highlanders have used it to store coins, essentials, and even oats and onions! And did you know the sporran displayed at the National Museum in Edinburgh has a secret contraption? It essentially contains four pistols which fire at anybody wanting to open the locked purse, thus hurting or killing the thief.

16) Nowadays, these purses are an integral part of the male Scottish Highland dress, although it’s not used for carrying ammunition or food anymore, you can certainly use it for carrying your keys or phone.

Enjoyed the above article? You may also enjoy 15 Interesting Facts About Saddle Shoes