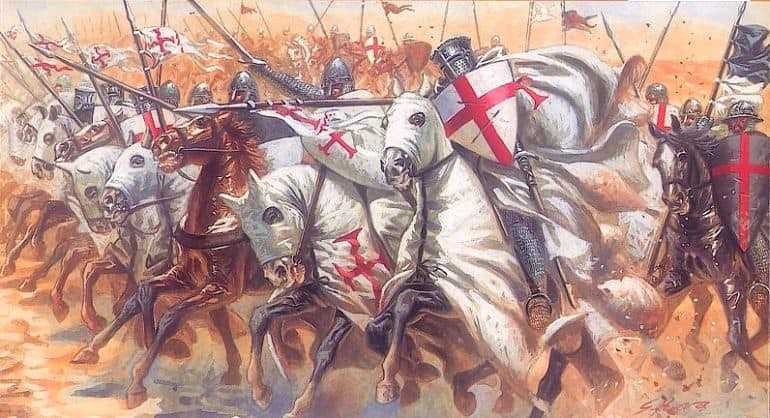 The Crusades were essentially a series of religious wars initiated and sometimes conducted by the Roman Catholic Church in the medieval period. The crusaders went on several church-sanctioned campaigns; the most important ones were reclaiming the Holy Land from Islamic rulers. As Crusades have a vast history, we have compiled some interesting facts about them.

Let us take a look at 15 Interesting Facts About The Crusades.

In 1095, Byzantine Emperor Alexios I Komnenos requested military support from the Roman Catholic Church in his conflict with the Turks. Pope Urban II supported his request and encouraged faithful Christians to take up arms and march to Jerusalem. Subsequently, earning the name the People’s Crusade.

2) Does the Arab-Muslim world hold a grudge?

Surprisingly, the answer is no. In fact, the Arab-Muslim world hadn’t even come across the word ‘crusade’, until the fall of the Ottoman Empire in the 19th century. Actually, most Arabic societies had long forgotten about these wars as they had happened centuries ago. 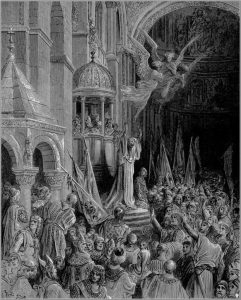 Although we see the Crusades as a struggle between Christians and Muslims, they in fact involved clashes with other communities as well; especially the Jews and Pagans. In fact, during the People’s Crusade, the crusaders massacred numerous Jewish communities. And the event subsequently earned the name Rhineland Massacre. 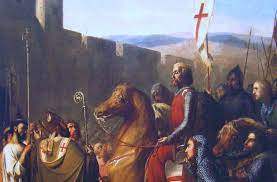 4) An interesting fact about the origin of the word ‘Crusades’

The word ‘Crusades’, wasn’t used when the wars first started. Sanctioned by the church, the Crusades were simply military expeditions. They got their current meaning in the late 18th century. The root of the word goes back to the 16th-century French word croisade, which essentially means ‘marked with the cross’. 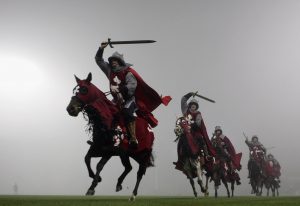 6) Nobody realised the purpose of the Crusades for ages

The ironic thing is that initially, nobody realised the purpose of the Crusades. This was because, during the medieval ages, there was lots of fighting among different communities. So when the crusaders invaded the Levant, most people thought this was just another raid.

However, when the Christians stayed back and ruled their new territories as Christendom, the magnitude of the situation dawned upon the locals. Additionally, it wasn’t until 1105, that the conquered Muslims started talking about waging jihad in response, and it was in 1144 that they actually initiated it. 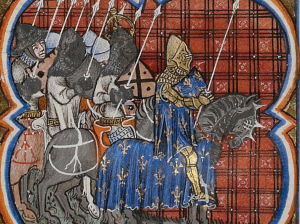 During the medieval ages, most Europeans were Catholics, so many people associate the Crusades with them. However, the Catholic crusaders were often joined by members of the Eastern Orthodox Church, Armenian Christians, Russian Christians and Greek Christians. 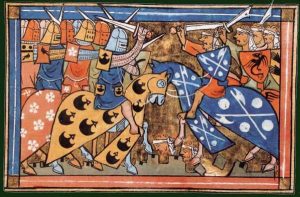 8) Christopher Columbus was a crusader?

Columbus was a devout Christian. And according to a theory, he might have been a crusader. The theory states that when Columbus exploited the regions of the Caribbean, he was actually accumulating funds to finance a new crusade. 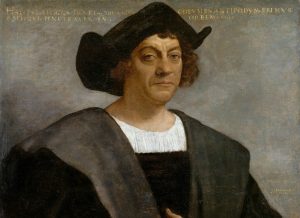 9) An interesting fact about the ‘Tafurs’, the infamous hungry crusaders

‘Tafurs’ essentially translates to beggars. They were an infamous division of the crusaders who had taken an oath of poverty. They did not have any possessions and ate only grass and roots. Moreover, according to reports, they also indulged in cannibalism.

10) ‘Deus vult!’ The official battle cry of the crusaders

According to the Gesta Francorum Chronicle, Deus vult(God wills it) was the battle cry of the First Crusade. It subsequently became the battle cry for various other Crusades.

11) The First Crusade was the only successful one

The First Crusade was initiated for taking back the Holy Land of Jerusalem from the Muslim Seljuk Empire. The crusaders were successful in their campaign. A major reason for this was that during that time the Muslims were disunited and were highly suspicious of each other.

12) The crusaders plundered a Christian city

An interesting fact about the Fourth Crusade is that it targeted a Christian city called Zara. Due to the failure of the previous Crusades, Pope Innocent III declared a new crusade. Within the next two years, about 35,000 men gathered for the cause. Many of these men needed funds to be able to travel. Additionally, most of them hailed from Venice. Innocent asked the Venetians to give him access to their ships to transport the crusaders, in return for payment. However, they weren’t able to raise funds!

The question arose of how to raise funds. The answer came in the form of the city of Zara. The city had revolted against Venetian rule in 1183 and declared itself part of the Kingdom of Hungary.

13) Another fact about the Fourth Crusade is that it was instrumental in creating a strong separation between Catholics and Orthodox Christians. Additionally, the crusade dealt an irreversible blow to the Byzantine Empire and ultimately led to its decline and fall. 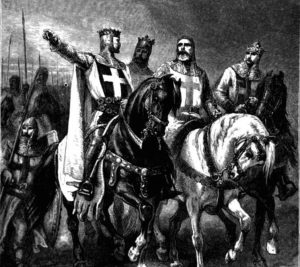 The Children’s Crusade of 1212 was an unfortunate event that took place during Europe’s crusade frenzy. Essentially a huge group of 30,000 young adults took the crusaders’ vow and set out to reclaim the Holy Land. However, this was not an official crusade and was not sanctioned by the pope.

Ultimately the crusade was a failure. Additionally, none of the children ever made it to Jerusalem as most of them died or were sold into slavery. 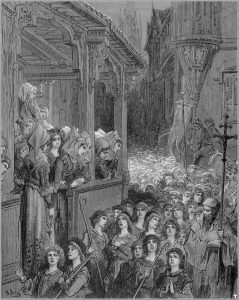 The last interesting fact about the Crusades is that they employed the services of the Knights Templar. Who subsequently became its best warriors. The Knights Templar are also instrumental in managing the economic infrastructure throughout Christendom. Additionally, they made several financial innovations that were a precursor to early banking. 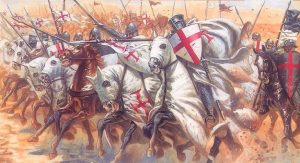 Enjoyed the above article? You may also enjoy 110 Important historical facts that you must know!