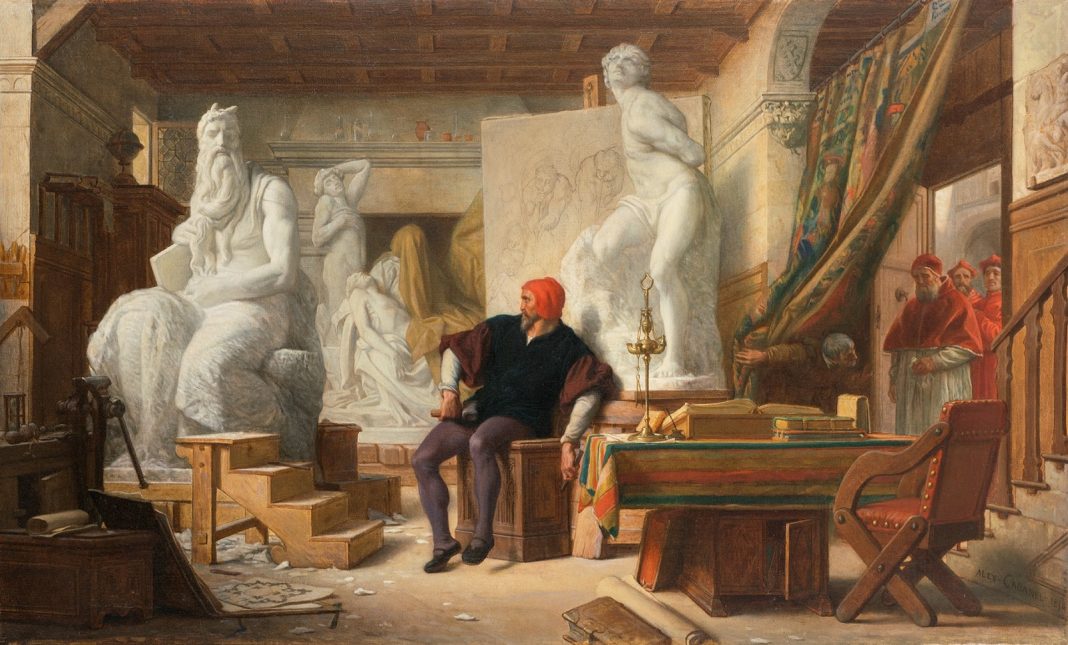 Michelangelo Buonarroti is one of the most famous sculptors of the High Renaissance period. Popularly known as the Il Divino (the divine one), he was a highly respected artist and was also considered as the archetypal Renaissance man. We have compiled a list of interesting facts about Michelangelo that you need to know!

Let us read 10 Interesting Facts About Michelangelo That You Need To Know!

1) An interesting fact about Michelangelo is that before his rise to fame, he was a forger

In the early years of his career, Michelangelo sculpted a now-lost cupid statue in the style of the Ancient Greeks. Upon seeing it, Lorenzo de’ Medici told Michelongalo that it would be more profitable if he were to make it “appear to have been buried”. Further stating that he would then send it to Rome and pass it off as an antique. Ultimately Cardinal Raffaele Riario bought the piece. The cardinal soon realised that it was a fake and got a refund. However, he was so impressed by the sculpture, that he invited Michelangelo to work in Rome. The young artist would work in the city for the following years, eventually carving the Pietà, which made him famous.

2) He used an inferior marble to carve David

Although famous sculptors were known to use high-quality marble for their carving, Michelangelo did the opposite. He carved his famous David statue using a rejected and ‘unworkable’ block. The story goes that the slab was carved around 1464 with plans to be used by the sculptor Agostino di Duccio, who wanted to make a giant figure for one of the piers of the Florence cathedral. However, he abandoned that project two years later. After lying unused for 10 years it was then taken by sculptor, Antonio Rossellino, who discarded it as well. Meanwhile, the block had deteriorated and grown rough.

Michelangelo stepped in in 1501 and began working on the block. He ultimately carved David which became one of his most recognised works. However, reports say that due to the poor quality of marble, the statue is degrading at a faster rate than most marble statues.

Michelangelo, though best known for his sculptures, was also a poet who wrote over 300 poems. He was pretty humble about his poetry and deemed them “something foolish”. His poetry made use of extensive wordplay and revolved around a range of subjects including love, spirituality and the human soul. While his poems were never formally published during his lifetime, they were widely distributed and enjoyed by 16-century Rome’s literati. 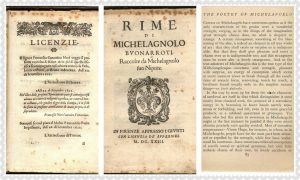 4) Michelangelo exacted creative revenge against someone who badmouthed his work

During the time Michelangelo was working on his masterpiece The Last Judgment, Pope Paul III went to visit the Sistine chapel with his entourage. Among them was the pope’s Master of Ceremonies Biagio da Cesena who after observing the fresco expressed his disdain for it. Moreover, he did not keep his opinion to himself. Biagio wrote a letter to the pope stating that the fresco had too many nude figures and it is not meant for a chapel but meant for a tavern.

Michelangelo heard about this criticism and responded by inserting Biagio in the fresco. He essentially depicted Biagio in hell as Minos, a judge of the dead in the underworld, whose body is wrapped in the coils of a snake.

After Biagio heard about the outrageous depiction, he rushed to complain to the pope. The furious man wanted the pontiff to order Michalenagelo to strike off the likeness. However, Paul III quipped that once Biagio had been placed in hell, not even he, as pope could intervene.

5) Michelangelo depicted himself in his most famous works

Michelangelo rarely signed his works and left behind no documented self-portraits. However, he did insert stylised depictions of his face in his works. The most famous one being in his 1541 Sistine Chapel fresco “The Last Judgment,” in which saint St. Bartholomew is holding the flayed skin of a man whose face resembles the artist. Michelangelo also depicted himself as Saint Nicodemus in his Bandini Pietà and art historians also believe that he may have depicted himself in his final painting, the Crucifixion of Saint Peter.

6) His sharp tongue got his tongue broken

Michelangelo had a volatile and critical nature. In his youth, he was sent to live and study in the home of Lorenzo de’ Medici. Michelangelo soon gained recognition for his steady hand with the chisel and paintbrush. And consequently became the envy of all classmates. One fellow pupil in particular—Pietro Torrigiano—could not stand his talent and in a fit of jealousy or due to Michelangelo’s sharp tongue punched him in the nose, leaving it permanently crooked. Torrigiano subsequently boasted that Michelangelo will carry his mark with him to the grave.

Another interesting fact about Michelangelo is that he worked for nine different Catholic pontiffs from Julius II to Pius IV. He did a variety of work for the Vatican including carving sculptures and painting the ceiling of the famous Sistine chapel. However, his relationship with the pontiffs was not always smooth sailing. In one case he spent three years working on a marble façade for Leo X, only for him to nix the project. Additionally, he also had a particularly tempestuous relationship with Pope Julius II.

However, Michelangelo later developed more friendly relationships with other pontiffs, most notably Pope Paul III, who defended his work “The Last Judgment” after church officials criticised its many nude figures. 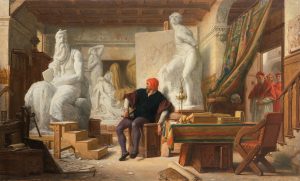 8) He was a workaholic

Michelangelo had a great love for his art and that was evident as he spent most of his time working. There was an instance when he was so immersed in his craft that he forgot to take off his boots for many days, and when he finally did take them off, his skin peeled off with the boots.

Michelangelo lived a comparatively long life. The artist spent most of his golden years overseeing the construction of St. Peter’s Basilica in the Vatican. Even though he was feeble, he supervised it by sending drawings and designs to trusted foremen. However, ultimately sculpting was his true love and he continued carving away in his home studio until the very end. In fact, he was still working on the Rondanini Pietà only days before he died at the age of 88. The marble sculpture essentially depicts Jesus in the Virgin Mary’s arms

Michelangelo never married and not much is known about his personal life. However, he did write numerous romantic sonnets to a young nobleman Tommaso dei Cavalieri. Additionally, he also expressed strong affection for a widow named Vittoria Colonna and the two wrote sonnets to each other.

10) His most famous sculptures have been victims of vandalism

In 1972, a mentally unstable geologist Laszlo Toth attacked the Pietà and consequently broke off Madonna’s nose and forearm as well as part of her eyelid and veil. The restoration took 10 months before the sculpture could be put on display again. In a similar incident, a part of David’s foot was hammered off in 1991.