Ancient Greece was a very influential civilisation. It dominated much of the Mediterranean thousands of years ago. During the height of its power, Ancient Greece ruled much of Europe and Western Asia. It was also instrumental in establishing much of the foundation for today’s Western culture. Below we have compiled a list of interesting facts about Ancient Greece that you may enjoy!

Let’s take a look at 20 Interesting Facts About Ancient Greece That You May Enjoy!

1) The Ancient Greeks came up with the concept of demokratia, or ‘rule by the people’, thus establishing the world’s first democracy. However, it lasted for only 185 years. 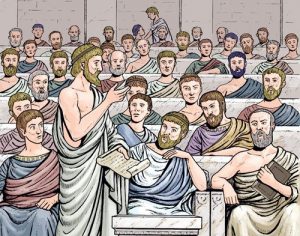 2) Slavery was widely accepted in Ancient Greece. In fact, around 40% to 80% of Athens’ population were slaves!

3) Ancient Greeks did not call their land ‘Greece’

An interesting fact about Ancient Greece is that its inhabitants did not call it Greece. The Greeks called their nation ‘Hellas’ or ‘Hellada’. Additionally, its official name was the ‘Hellenic Republic’. The Ancient Romans came up with the word ‘Greece’ which was derived from the Latin word Graecia for ‘land of the Greeks’

Handshakes are now a common custom all over the world. However, the concept originated way back in Ancient Greece. Its earliest depiction is found on an early 5th Century B.C. archaeological relief. It essentially showcases Hera, the wife of Zeus and the goddess of marriage, shaking hands with Athena, the goddess of war in Ancient Greek Mythology. 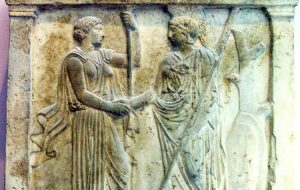 5) Contrary to popular belief Ancient Greek statues were not always white. Once upon a time they were painted with vibrant colours, however, over time the colours faded to the monochrome we see today. Sculptures such as the ones seen in the Parthenon Frieze were once painted in a wide array of colours. 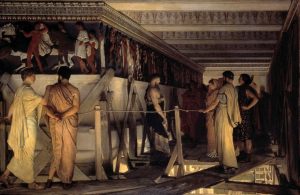 The Ancient Greeks worshipped twelve major gods. However, in addition to those twelve, they worshipped “Agnostos Theos”; which is “Unknown God”. The title was essentially a placeholder for any or all gods unknown to them.

7) Another interesting fact in our list is that the term ‘idiot’ originated in Ancient Greece. In Ancient Greece, an idiot was essentially a person who didn’t participate in political or public arenas.

8) Another interesting fact in our list is that in Ancient Greece, the unibrow was a sign of beauty and intelligence

In Ancient Greece, the unibrow was considered a sign of great beauty and intelligence. In fact, women who didn’t possess natural ones would draw them with makeup.

9) Peace before the games

The ancient Olympics were essentially a series of athletic games that were held in honour of Zeus. Due to its religious significance, the Ancient Greeks decreed that no wars would be permitted before the games. Initially, the ceasefire was declared for one month but over time it was extended to three months.

Additionally, no one was allowed to carry arms in the territory of Elis and no trouble was to be given to any spectator, athlete or theoroi(the official ambassadors representing the various city-states).

10) The significance of red lipstick

Another interesting fact in our list is that in Ancient Greece, prostitutes were recognised for their red lipstick. In fact, if they didn’t wear red lipstick they were punished. Additionally, non-working women were discouraged from wearing lipstick.

11) The concept of the red carpet originated in Ancient Greece

The first mention of the red carpet was in the 5th Century B.C. play Agamemnon. The play essentially mentions a ‘crimson path’, that could only be walked upon by the gods.

12)  Ancient Greeks believed that eating lying down, while others served you was a sign of power and luxury. This practice was mainly followed by the elites. 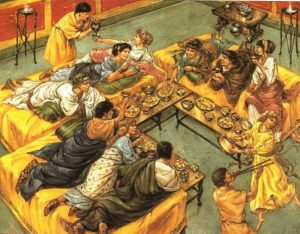 Another interesting fact about Ancient Greece is that it was considered barbarian to drink undiluted wine. One had to dilute the beverage with water. This was because only the god of wine, Dionysus could drink undiluted wine and not get drunk. The Ancient Greeks believed that if mortal men drank undiluted wine, they could become violent and lose their minds. To avoid this fate, they added water to wine in the ratio of 3:1.

Yes, you read that right! In Ancient Greece, people often used stones(pessoi) or fragments of ceramic(ostraka) to wipe. 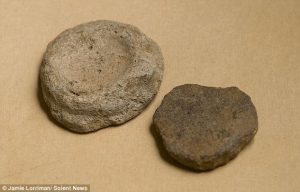 In fact, they held strange superstitions about food as well. Some wouldn’t eat fava beans as they thought they contained the souls of the dead.

Another aspect of Athenian democracy was ostracism(ostrakismos). Under ostracism, citizens could vote to exile a politician for 10 years. The voting took place once a year and citizens would nominate people who they felt threatened democracy. Additionally, this practice applied to common citizens as well. 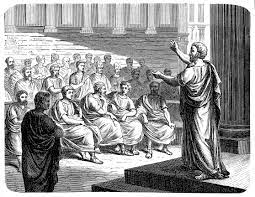 Spartan boys were taken from home at the age of 7 and began ‘agoge’, a state-sponsored training regimen that transformed them into skilled soldiers. Additionally, they weren’t allowed to live with their families until they left their active military service at age 30. 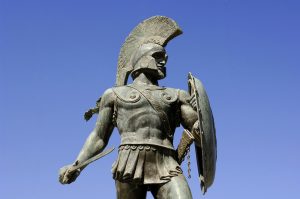 18) Another interesting fact about Ancient Greece is that slaves were traded for salt. That gave the rise to the common expression “not worth his salt”. 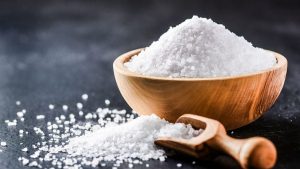 Aristarchus of Samos was an Ancient Greek mathematician and astronomer who first proposed the theory that the planets orbit the sun. He also theorised that the stars were unmoving distant suns and that the size of the universe was much larger than his contemporaries believed. 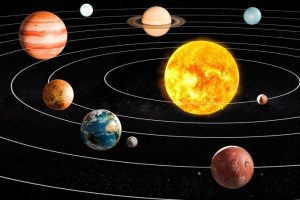 All newborns in Sparta were shown to a council. These inspectors examined the babies for any physical defects. Those found unfit were then abandoned on a nearby hillside. Fortunately, some were rescued by Spartan slaves known as Helots. Additionally, infants who passed the examination didn’t have it easy either. They were often bathed in wine instead of water to test their constitution. 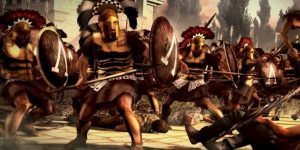