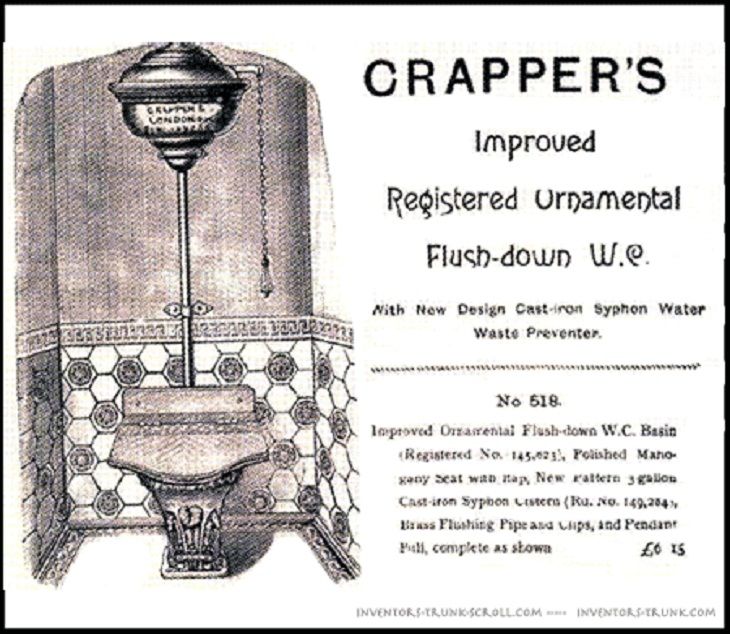 Did you know that the toilet has thousands of years of history attached to it? Surely with so much history, we all must have wondered at some point of the other, who invented the flush toilet? Read below to find out!

Let us read about Who invented the flush toilet? History & Brief Overview

The excavation of the earliest known toilets took place in Mesopotamia. Dating back to c.3200 BCE, they were known as internal pit toilets. However, history’s first known modern sanitation systems with toilets having a water flowing facility were found in Mohenjodaro, a site in the Indus Valley Civilisation.

2) The Roman civilisation used communal latrines, these toilets did not have a flush in the modern sense but had a continuous stream of running water to wash away the waste.

3) In 1206, Al-Jazari, a Persian inventor, constructed a handwashing device that became the basis of the flush mechanism. Today, contemporary flush lavatories use this automation.

4) The ‘saucy’ Godson of the queen invented the contemporary flush latrine.

The credit for one of the first contemporary flush toilets goes to Sir John Harington, an English courtier and the Godson of Queen Elizabeth I. During his time at the royal court, he devised the first flushing toilet of England, ‘Ajax’. Subsequently, he described his new creation in his popular book.

Harington’s flushing toilet was essentially an oval bowl. It was 2-foot-deep and was covered with resin, wax and pitch. And it provided water from an upstairs cistern. Flushing it required 7.5 gallons of water. Additionally, he noted that when water was in short supply up to 20 people could use his innovation between flushes. Subsequently, he installed the working model of the device at Richmond Palace.

6) Even though Harington came up with the model of the first contemporary flushing toilet, it would take many centuries and an industrial boom for it to catch on.

One of the biggest problems with Harington’s creation was that it made use of a straight pipe. As a result, a foul smell would emit from the pipes. Cummings was a Scottish watchmaker and mechanic who improved the flush mechanism of the toilet and gave it an S-shaped pipe. Thus retaining the water within the pipes and consequently solving the problem of the foul smell.

8) Subsequently, Samuel Prosser invented and patented a device called the “plunger closet”. Post which Joseph Bramah, an inventor, refined his idea. He did so by using a hinged flap instead of the usual slide valve. Thus sealing the bottom of the bowl.

Geroge Jennings was a plumber and an English sanitary engineer who came up with the innovation of a washout closet(toilet). This design had a shallow basin with a dished tray and water seal. The flush water drove the waste into the pan and then through the S-bend pipe. Additionally, these water closets were installed at the Retiring Rooms of The Crystal Palace in 1851 and thus were the first public toilets.

Contrary to popular belief, Thomas Crapper was not the inventor of the toilet. However, he did develop the floating ballcock which is used for regulating the filling of the tank; a mechanism still used in contemporary latrines today. Additionally, he even improvised the S-bend pipe by making it into a U-bend pipe. 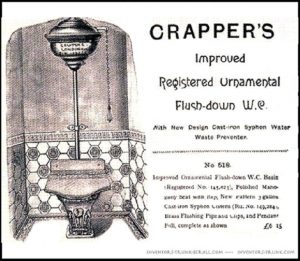 The name “Crapper” almost became associated with toilets thanks to the American soldiers stationed in England during World War II. At the time the company “Thomas Crapper & Co Ltd”, were one of the biggest mass producers of flush toilets. Consequently, their logo appeared on them as well. Due to this, the soldiers then started referring to them as “the crappers”. The name stuck and subsequently, they bought this term back to the U.S.

In conclusion, there is no single man who ‘invented’ the flush toilet, rather there were several who made improvements over a design over several decades.

1) One of the oldest toilets in the world is located in Knossos, Greece. It was constructed around 4000 years ago and it is still functioning!

2) The world’s most expensive toilet is worth $19 million! But it’s not located on Earth. Russia constructed it in 2008 for the International Space Station.

Enjoyed the above article? You may also enjoy 25 great inventions of Ancient Egypt that changed the world