The Legend of the Green Man: Raymond Robinson 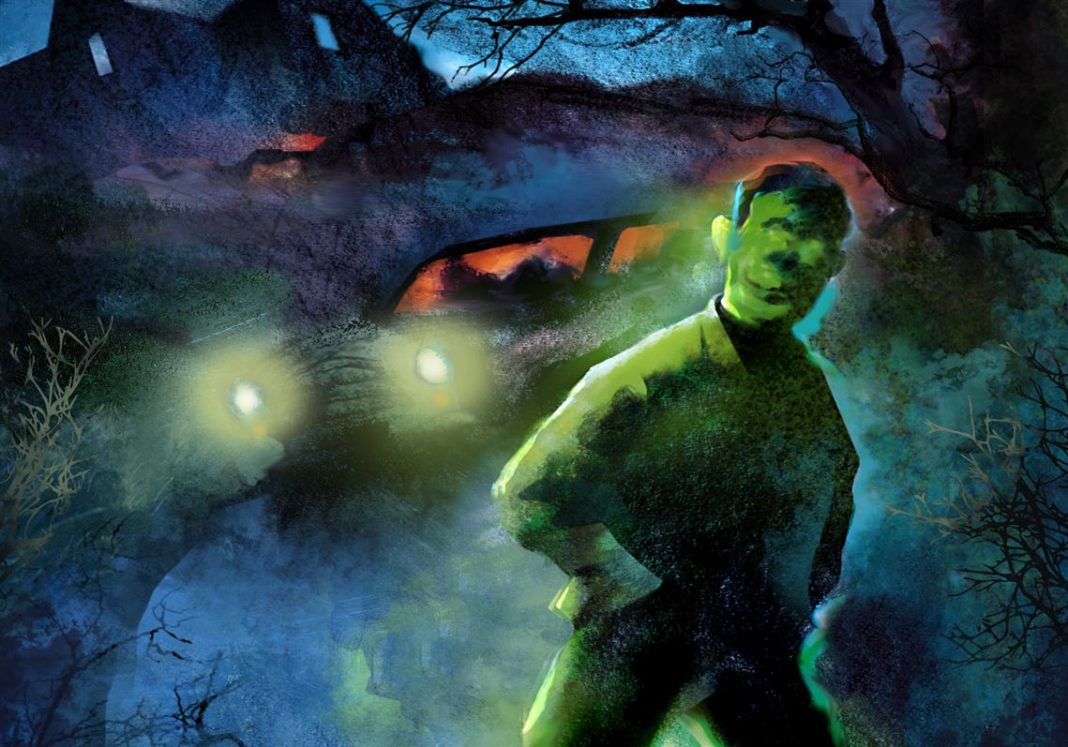 The Green Man or Charlie No Face is one name which pops up in many spooky tales. Locals who grew up during the 1950s in Western Pennsylvania recount that a “monstrous creature” walked the roads at night. The morbid fascination for him was such that people would go walking in those areas just to catch a glimpse of him. Some wrote him off as an urban legend because such a sight was unheard of. But in reality, the urban legend was actually a human being. He was a man named Raymond Robinson and an unfortunate event made him what he is.

Let us get to know the story of the myth, legend and human better.

1) Raymond Robinson was a victim of an unfortunate event.

During his childhood, Raymond climbed an electrical pole in hopes of reaching a Bird’s nest. The bridge carried a trolley and electrical lines, the voltage in those lines was quite high, and enough to kill a person! In fact, another boy had been killed by the same lines the previous year.

Raymond was instantly electrocuted but miraculously survived the accident. Unfortunately, he was severely disfigured in the process and lost both his eyes, nose and an arm.

2) He made doormats, wallets and belts for a living.

As an adult, Robinson made doormats, wallets and belts for a living. He lived in Koppel with his relatives and did not speak much with his neighbours.

Due to his appearance, Robinson rarely ventured out in the day. He instead took long walks at night on a quiet stretch of State Route 351 with a walking stick. When people saw him walking at night, they were shocked and scared. Rumours spread about this “creature walking at night” and hence he garnered a lot of attention. People started walking on this route just to catch a glimpse of him.

4) Robinson dealt with a lot of cruel people.

Although some people felt pity for the man, there were others who treated him nastily. He was often picked up in cars and then tossed off in a completely different place and many times he was beaten up. Additionally, he was even struck by cars. He started having anxiety when cars approached him and would stop and wait nervously for what would take place. Some nasty people would even urinate in beer bottles and give it to him, Raymond then stopped drinking from bottles which were opened. It is also said that he started carrying a pistol after a, particularly terrible incident.

In spite of all the cruel things people did to him, Robinson did not stop his ritual of night walks. 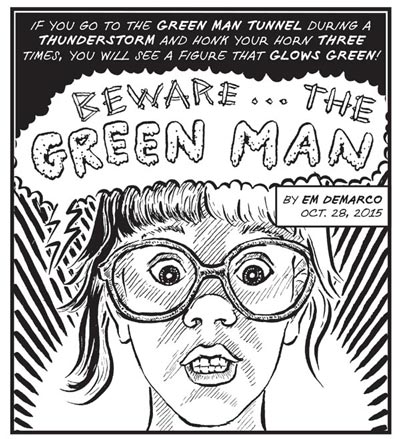 5) The Green Man or Charlie No Face.

Robinson developed the reputation as the Green Man for various reasons. Some say it’s because his skin had turned slightly green from the electrical shock and some say it was due to the infections, he got on his nose which turned it green, yet others state that it’s because of the plaid shirts he wore which often reflected green in people’s headlights. Or perhaps it was all in their imagination, one will never know. As for the name “ Charlie No Face,” its origins still remain a mystery.

6) The bait for the Green Man.

There were many rumours around in the Pennsylvania area that one could “bait the Green Man”. The “bait” was beer, a straw and cigarettes.

This rumour was mainly based around the fact that Robinson loved to drink beer and smoke cigarettes.

Most locals were frightened by the man. However, people who met him always regarded him as a kind man, and some even cry remembering his bittersweet life and how he was treated by others. He was also an inspiration to many people. Raymond Robinson was never the man who complained and he was never upset about his circumstances. He actually taught people that it is okay to be different. In the end, he impacted many people and left a legacy and legend behind.

8) Children wanted to report him to the police.

When local children saw him walking the roads at night they often assumed that he was a monster. As a result, they would go to their parents and ask them to call the police. The parents would then explain who he was to the children.

9) The Town police profited off “The Legend of the Green Man.”

Curious people would often cause traffic jams near the areas where Robinson walked, they would stop their vehicle and step out to go talk to him. The town police saw an opportunity in this and started writing parking tickets to those who stopped.

A tunnel in Piney Fork Road is named as The Green Man Tunnel. The locals describe it as a creepy-looking spot.  Additionally, people claim that they see “the ghost” of the green man haunting the place at night.

Robinson stopped going for walks during the later years of his life. Towards the end, he was living in a nursing home and died in 1985 at the age of 74. He is buried in beaver county and his grave is next to the same boy who was electrocuted a year before him.

Robinson became a myth and an urban legend in the area of Pennsylvania. The stories passed about him are also heavily fabricated at times. Some people erroneously recount that he roamed the roads and chased people around, while others recount that he was a glowing green ghost.

The Green Man is one of the most famous urban legends. It is not surprising that a movie would be made about it. Filmmaker Tisha York planned to make the movie route 351 which was based on the legend of the green man. The release was planned for the year 2009 but due to the Great Recession, it was pushed forward. As of 2020, it is on hold.

Enjoyed the above article? You can also check out Abigail Folger- The unsung victim of the Tate Murders.