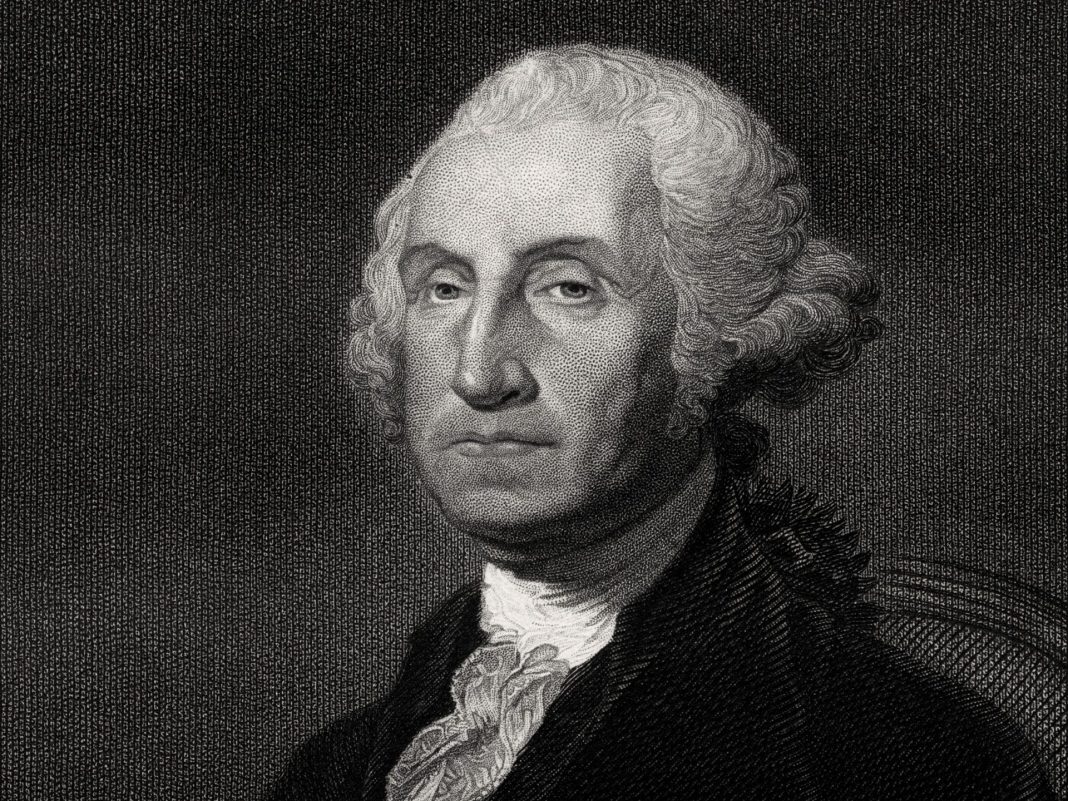 George Washington was the 1st President of the United States. Additionally, he is famously eulogised as “first in war, first in peace, and first in the hearts of his countrymen”. Moreover, he is regarded as one of the greatest Presidents of the United States and the “father of the country”. We know a great deal about him, but some facts about George Washington are not so well known and are controversial as well.

1) The cherry tree story is fake!?

The story about the cherry tree is one of the most famous ones associated with George Washington. The story goes that during his childhood, George Washington’s father gifted him a hatchet for his birthday. Young George went and chopped down his father’s cherry tree with it. His father was furious once he found out and confronted George about it. George responded that he had cut it down and his honesty was praised by his father who said it was worth 1000 such trees!

This is a well-known story about honesty so isn’t it ironic that such an incident never took place? This incident is fabricated by one of Washington’s first biographers Mason Locke Weems. After Washington’s death, people were yearning to read about him and hence Weems took up the job of documenting his life. He wanted to portray him as an illustrious man who had great morals and virtues even in his youth. Hence, he fabricated this story so as to set an example for young Americans. Additionally, he wanted to profit off the story by giving the public an engaging story.

In reality, little is known about the relationship between George Washington and his father due to the fact that the latter died when George was only 11 years old.

2) George Washington was the only founding father who freed his slaves.

During George Washington’s era, slavery was widely accepted and was deep-rooted in the social and economic fabric of Virginia. In fact, 40% of the population and nearly all African- American were enslaved. It was after his father’s death that George inherited his first 10 enslaved workers. During his adulthood, the enslaved in his hold grew. After his marriage, he additionally gained control of dower slaves. Initially, his views were the same as any other planter in Virginia and he was in support of slavery. It was later that he became sceptical about the practice. In fact, during the mid-1760s he had plans to free his enslaved workers but due to financial and family restrictions, he failed to do so.

In 1774, he publicly criticized the slave trade in the Fairfax Resolves. Additionally, after the war, he was in support of the abolition of slavery, even though it was a notion he expressed privately. After his death in 1799, he published a will which made the provision that all his enslaved workers are freed.

3) George Washington was in a secret society.

Yes, you read that right! George Washington was part of a secret society called the Freemasons. He joined the society when he was 20 years old. The members of Freemasons usually met in a lodge. Washington himself joined Freemasonry in a lodge in Fredericksburg, Virginia and participated in many of the society’s ceremonies. After his death, the lodge changed its name to Alexandria-Washington Lodge No.22. Today that lodge displays many of Washington’s valuable artefacts and members continue to assemble there.

4) His teeth were pulled from enslaved workers!

George Washington’s teeth have always piqued the interest of people. Well for one, he had really weak teeth and he lost quite a bit of them, this was mainly attributed to his habit of cracking open Brazilian nuts. It is a popular belief that he got wooden teeth fitted in, but it is not the case. Instead, most of his teeth came from enslaved workers! Additionally, teeth from cows were also sourced. He wore at least 4 sets of dentures during his lifetime, these were usually made of ivory, lead and gold. However, these dentures made it difficult for him to smile and hence he rarely smiled in pictures.

In 1754, Washington was sent by Virginia Regiment Lieutenant Governor Robert Dinwiddie to aid Captain William Trent in establishing a Fort in the Forks of Ohio. Once he and his troop of 150 men arrived there, he learned that the French had overrun the British Force at the forks. On May 27th,1754, he learned that around 50 French soldiers were hiding less than 15 miles from his position. Washington along with Mingo chief Tanacharison set out with around 40 soldiers towards them. They discovered French troops hiding in a glen and swiftly advanced to attack. This engagement only lasted 15 minutes until the French surrendered.

The details of the battle are vague, given the fact that neither side admits they fired first. Since France and Great Britain were not at war, the French argued that Washington was in fact an assassin and a murderer. Additionally, the victim of the attack was Joseph Coulon de Villiers, Sieur de Jumonville, who along with the French was on a diplomatic mission. This battle was later known as Jumonville glen and France used this “assassination” as a basis for engaging in the French and Indian War, which would later escalate into the Seven Year’s War.

6) He received formal education only till the age of 11.

Another little-known fact about George Washington is that after the death of his father, his schooling was cut short. His development then was in the hands of his mother and half brother Lawrence. It was his mother who taught him how to run tobacco farms and Washington became a land surveyor at the mere age of 16. Additionally, It was his half brother who taught him the ways and etiquettes of Virginian elites.

7) George Washington had no biological children of his own.

Washington married Martha Curtis, a young widow. He then became the stepfather to two of Martha’s children John Parke Custis and Martha Parke Custis. He doted on them quite a lot and was very fond of them. In spite of it being clear that he liked children, he never had any of his own.

8) George Washington holds the highest military title in the US- ever.

9) Once upon a time he owned the biggest whiskey distillery in America.

Another little-known fact about George Washington is that he never wore a wig. Yes, that is his real hair! In fact, the true colour of his hair is reddish-brown, but he powdered them white so as to achieve his iconic look.

11) You got his birthday wrong.

George Washington was actually born on 11th February 1731. When the Colonies did a switch from Julian Calendar to Gregorian Calendar, his birthday was moved a year and 11 days to February 22, 1732.

12) He holds honorary citizenship of France.

The last in our list of little-known facts about George Washington is that he was granted honorary citizenship of France in the year 1792.

Enjoyed the above article? Read Is Winston Churchill a hero? These 9 facts will make you think again!