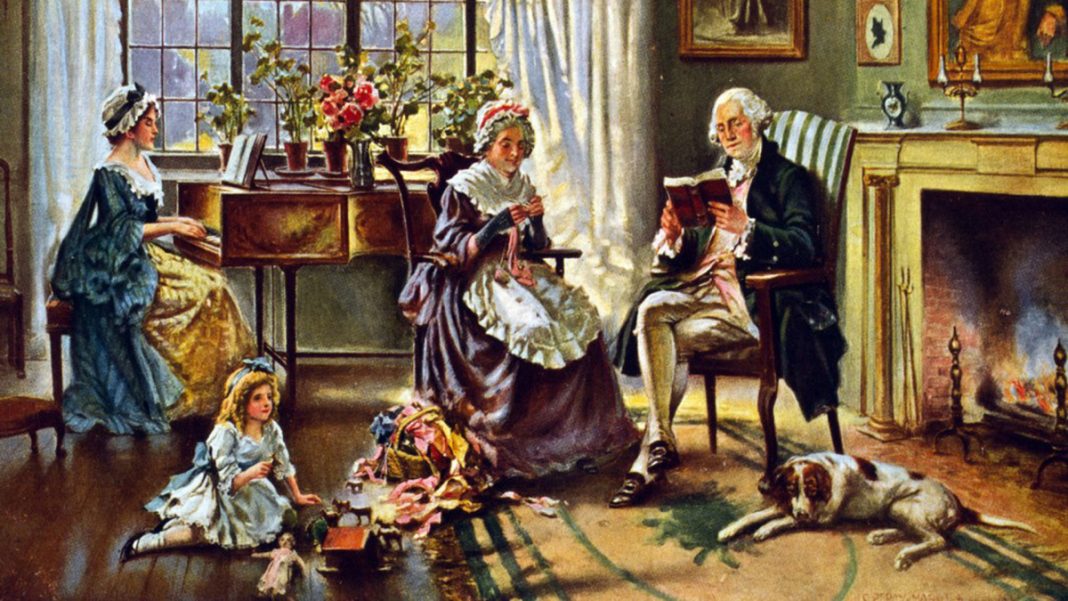 George Washington is celebrated as the first president of the United States. Despite being the ‘father of the country’, George Washington did not have any biological children. He instead raised his stepchildren and step-grandchildren from his marriage to Martha Custis. Read the text below to explore George Washington’s family life.

1) Did George Washington have children?

Well, the answer is no, he did not have any biological children. George Washington and Martha married in their late twenties. And at the time they wanted to have children of their own but historically there is no conclusive evidence as to why they couldn’t have any. Some alleged that it was because of Marthas’s bout of measles while others conclude it was Washington’s tuberculosis induced infertility. Well, whatever the reason is, the fact remains that in their 40 years of marriage Washington was a father figure to his wife’s children and grandchildren. His stepchildren were raised on the Mount Vernon Estate and according to accounts, he was a loving father figure.

2) Additionally, historians turn towards a letter written by Washington to his nephew where he writes about his possible future heirs. Adding that if he dies before Martha, there should be a certainty of no illegitimate heirs. Further stating, in case he outlives her and remarries there wouldn’t be any children out of that wedlock either. 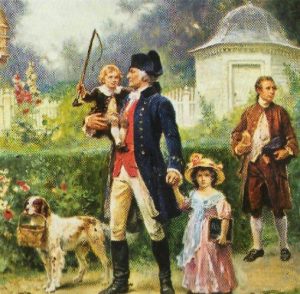 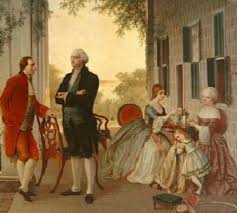 4) Jacky died eight years after Patsy. Subsequently, Washington took in his two youngest children two-year-old Eleanor ‘Nelly’ Parke Custis and infant George Washington ‘Wash’ Parke Custis. They raised the children as their own, while the older ones were in the care of Eleanor Calvert. 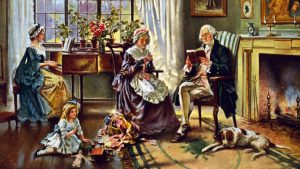 5) Washington not only took care of Martha’s children, but he was also the surrogate father to his nieces and nephews. Especially the children of his younger brother Samuel who died in 1781. 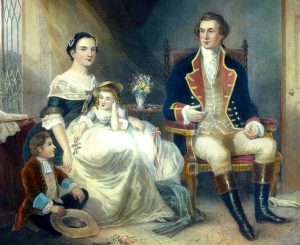 6) For his family, George Washington was a soldier to the core. His approach to raising children was quite different from his wife. He was strict and took a rather hard-line approach in case the young children acted in an undisciplined manner. In contrast, his wife was more lenient with them.

7) Although Washington was stern, Jacky saw him as a loving father figure. And in a heartfelt letter, he expressed his sentiments saying that “although God took his father away from him, he was thankful that He gave him a good guardian such as Washington.” 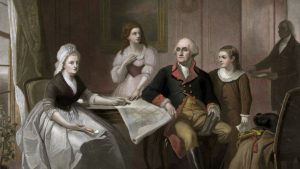 8) George Washington stressed the importance of education on his stepchildren

George Washington highly regarded the education of his family. His father died when he was only eleven, due to which he could not receive a formal education. However, the young men he was rasing did not share his point of view; they had no interest in studying. In a letter to Jacky’s teacher, Washington even expressed his concern after Jacky was returning to school post-summer break stating that the boy’s “mind was relaxed from study and was more into guns, horses and dogs.” Further asking the teacher to keep an eye on the boy.

9) George Washington’s female stepchildren and step-grandchildren had a penchant for education.

Washington’s grandchild Wash shared his father’s dislike for education and eventually dropped out of college. Even though the young men did not favour education much, George Washington’s female stepchildren and step-grandchildren had a liking for it. Once Elizabeth’s teacher told her that the only suitable subjects for a woman are ‘mending, writing, music and arithmetic’. The words of her teacher caused her “deep regret” which she carried throughout her life as she had a strong desire for formal education. Her younger sister Nelly however studied at some of the best schools available for young women in both New York and Philadelphia. 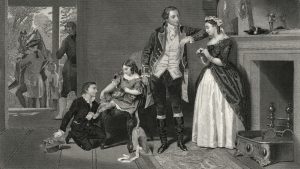 Once his 18-year-old step-granddaughter Elizabeth was feeling despondent as her younger sister had beat her to the altar. Washington then warned her about marrying only for love. He said that a good partner “should possess good sense, good dispositions, and the means of supporting you in the way you have been brought up,” as well as having the respect and esteem of his social circle.”

11) Towards the end of his life, Washington saw to it that all three of his step-granddaughters were married. And by the time of his death, he had five great-grandchildren; including Nelly’s two and a half week-year-old daughter Frances Parke Lewis. Despite being the ‘father of the country’, George Washington did not have any children. However, his home was always filled with them. 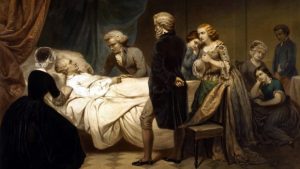 Enjoyed the above article? You may also enjoy Horatio Gates- A controversial military figure