Forgotten History- 5 events in history nobody talks about 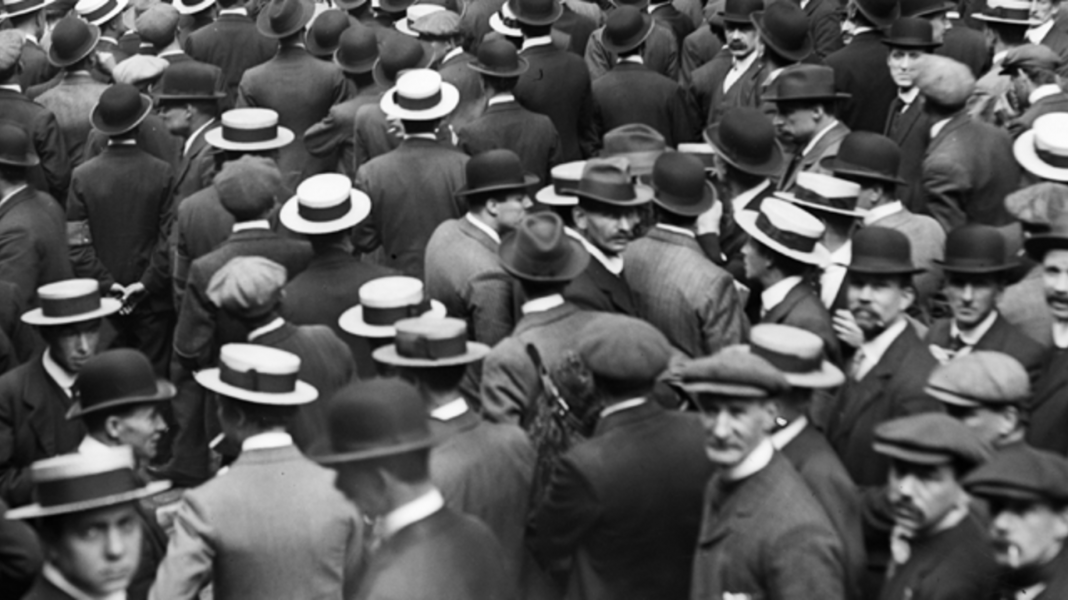 Every other day a historical event takes place that becomes etched in our minds but soon is ‘forgotten’. History also includes such events which are forgotten with time.

Let us relive some of them by reading about 5 Forgotten Events in History That Nobody Talks About.

The first interesting forgotten event in history is the 1904 Olympics, St. Louis, a truly bizarre event. The one factor which adds to its bizarre nature is the Marathon race. Now, why was this the case? well, you can thank the outrageous conditions of the match. First and foremost the athletes had to perform the match in the scorching heat of 90 degrees. To add to their misery, the marathon path was extremely dusty as well! The conditions were so hazardous that they even caused fatalities. 18 out of the 32 competitors withdrew from the match.

One competitor ended up having a stomach haemorrhage and nearly died before receiving medical attention. The winner of the race, Thomas Hicks completed the race with sheer willpower alone. After running the entire course, he was fed several eggs, given doses of toxic strychnine and brandy to simply keep him on his feet!

That was not the end of the bizarre events which occurred. Wild dogs chased one runner out of the course and one runner stopped midway to snack on apples but then doubled over due to cramps.

After the event, many protested that marathons are too deadly and should be abolished.

The only reminder of this tragedy is a plaque embossed at the intersection of Commercial Street and Copps Hill Terrace in Boston’s industrial North End.

A 40-foot high wave of molasses destroyed everything in its path, killing 21 people and injuring 150 in the process. The Boston Post described that the smell of “brown syrup and blood” lasted for months afterwards.

So what exactly happened?

Well during the 1910s millions of gallons of molasses were being shipped into Boston Harbor by a company named United States Industrial Alcohol (USIA). After the onset of World War I in Europe, there was a high demand for molasses. Molasses were distilled into alcohol to make ammunition and dynamite. The USIA was in a hurry to turn this sweet sticky stuff into alcohol before the Prohibition. So they got their hands on as much molasses they could gather and set out to store it before sending it to their distillery in Cambridge. They set up a tank in the centre of Boston’s North End, a densely populated neighbourhood, mainly consisting of Italian immigrants.

The USIA then went on to commit a hazardous mistake, they hastily constructed the tank. Additionally, the man who oversaw the construction of the tank was incompetent and could not even read a blueprint! The tank needed to be checked by an engineer, but the company did not consult one. They skipped all the safety tests and went ahead with it.

The tank was already showing signs of wear and tear before the great tragedy struck. Moreover, Boston had been in a cold snap recently and temperatures had dropped to almost -16 F.

The arrival of a new shipment made things worse.

2.3 million gallons of molasses had come all the way from Puerto Rico. By pouring the slightly warm molasses into the already full tank, the hot and cold combination sped up the fermentation process. On 15th January, the tank finally exploded from all the gas pressure. The force was destructive and deadly. The molasses gushed out at 35 miles per hour and the force destroyed everything in its path. The sugary syrup wasn’t the only deadly aspect because when the tank burst it shot metal projectiles out like bullets!

According to the locals, the smell of molasses still wafts in the air at North End during hot days.

Well, on 30th June 1908, a massive explosion shook the land near the Podkamennaya Tunguska River in Russia. This explosion wrecked 80 million trees over an area of 2,150 km2 and killed 3 people! It was a never before seen explosion and was caused by an airburst of a meteorite. Fortunately, the object did not hit the Earth’s surface and disintegrated at an altitude of 5-10 KM. If it had hit the surface the repercussions would have been deadly. It is estimated that the shock wave from the impact would have measured 5.0 on the Richter Magnitude Scale and had an energy range of 3–30 megatons of TNT! which is enough to destroy a metropolitan city. It is classified as an impact event in spite of not having an impact crater.

One eyewitness reports that “the sky split into two and fire was high and wide over the forest”  another reports “it seemed like the sun was falling towards the Earth.”

The shockwave of the explosion was so powerful that it broke windows hundreds of kilometres away and knocked people off the ground!

The Tunguska Event is the largest impact event ever recorded in Earth’s History.

Yes, you read that right! Straw hats were acceptable and worn by men during the summers of the 19th century. But it was an unwritten rule that straw hats were not to be worn past 15th September because it was “Felt Hat Day”. Men who broke this rule were ridiculed and had their straw hats stomped upon. This was a tradition among the youth. Additionally, newspapers also warned men against wearing straw hats past the 15th and switch to felt or silk hats.

The infamous riot began on 13th September 1922 when a group of youth decided to jump early on the ‘tradition’. This group started removing and stomping on the hats worn by the factory workers of “Mulberry Bend Area” of Manhattan. The workers fought back and this turned into a brawl. The fights escalated the next evening. Soon a mob of almost 1000 men were snatching hats from pedestrians and beating them up if they resisted. This riot lasted for 8 days and many people were injured and arrested.

The riots were then dubbed the “Straw Hat Riots of 1922”.

The straw hat smashing tradition continued well after 1922, but they got more violent. A man was killed for wearing one in 1924. The year 1925 saw similar incidents in New York.

The tradition finally came to an end towards the 1950s when straw hats went out of fashion.

The last in our list of interesting forgotten events in history is the “dark era” of 536 AD which was also one of the worst years to be alive. A mysterious dust cloud had engulfed Europe, the Middle East and parts of Asia into darkness for 18 months! Temperatures during summers dropped to as low as 1.5° C and it is the coldest decade in the past 2300 years. The “dark” era witnessed snow falling in China, people starving, famine and failure of crops.

The culprit of this phenomenon is a cataclysmic volcanic eruption in Iceland which expelled ash around the Northern Hemisphere. This was followed by two more volcanic eruptions. The historical event was especially deadly for Europe as it wiped out nearly a third of its population! 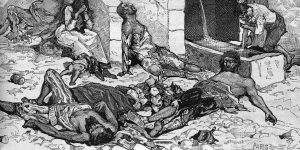 Enjoyed the above article? You may also enjoy 10 Interesting Facts About The Irish Immigration To America