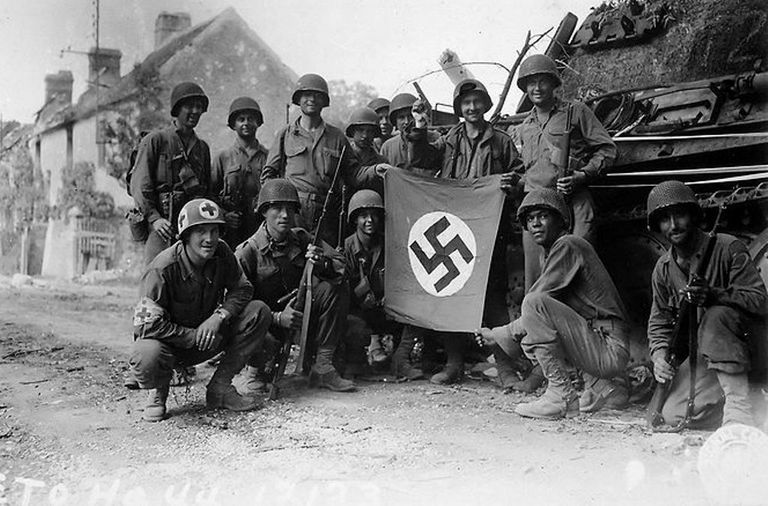 The Battle of Britain, Falaise Pocket and the Battle of Bulge are some of World War II’s most historic fights. All three of them had a common goal, which was to destroy the Nazi troops of Germany. We give some of the most interesting facts about two battles and one decisive engagement that will surely thrill you!

A. The Battle of Britain

A military campaign of the second world war, the Battle of Britain, was made of attacks between the Royal Air Force and Luftwaffe, Nazi Germany’s air force.

1. The Battle of Britain earned its name before it even began

President Winston Churchill founded the name during a June 18 speech. He expected a clash with Germany and said, “The Battle of France is over. I expect the Battle of Britain is about to begin.”

2. Battle of Britain was the first war that was almost entirely exclusive to the skies

Luftwaffe commander Hermann Goering thought his troops would bring RAF down in days. However, after three and a half months of battle, Germany lost twice as many airplanes as the British.

3. The Battle of Britain was one of the earliest to use radars during combat, that the Nazis didn’t give much regard to

4. A British pilot saved the Buckingham palace by ramming into a German bomber

RAF Sergeant Ray Holmes spotted a German bomber headed towards the palace. Captured on film, Holmes survived after stopping a potential disaster. To this day, he is regarded as a national hero.

B. Falaise Pocket and the events that led to it

A part of Normandy’s Battle in the second world war, the western allies formed a pocket in Falaise to encircle the Nazi German troops.

In July 1944, General Omar Bradley of the First United States Army initiated Operation Cobra. Normandy had supply routes for further advancement of the allies, who now had a secure foothold in the area. The operation was to destroy the front at Normandy’s Saint-Lo by blowing the German defences who kept entering France. Once they hit the spot, the Germans crumbled. The operation quickly shifted from rapid Maneuver warfare with tank groups and aerial support from high-intensity combat, which marked the Falaise Pocket’s start.

German Army Group B’s Field Marshal Günther Field Marshal Günther von Kluge had to comply with unrealistic head-on counter-attack orders. Hitler wanted to wipe out the Allies in France completely. But, Operation Cobra was so successful that it had left all the Germans low on both supplies and morale. Despite that, von Kluge initiated Operation Luttich. Luttich is a German name for Liege, a city in Belgium. During the first world war, the Germans saw a historic victory there. Although he kept the name to inspire the army, many officers addressed von Kluge and Hitler against the attack as they didn’t see it as anything more than a suicide mission. From the 7th of August, they fought battles for six days near Mortain, a town in northwestern France. However, the counter-attack proved a failure as the Germans suffered far more casualties than the Americans.

The British and Canadians also carried out successful operations. The First Canadian Army and the First Polish Armored Division, to drive the German troops in Caen, in the south to Falaise, launched Operation Totalize. The British and US forces advanced from northwest and west, finishing the Germans off in Falaise. The Canadian army suffered heavy casualties, but the operation went well.

3. Operation Tractable, that came next, loosened the noose around Germans

Conducted by Poland, Canada and British tanks, Operation Tractable enabled the escape of many German soldiers. This happened due to a miscommunication between General Patton, who ordered to further push the Germans into the Falaise Pocket and 5th U.S. Armored Division’s Bradley, who called to withdraw. The Canadians and Polish stepped in soon and the former used a thick smokescreen that made navigation hard. There were havoc and confusion in the scene that enabled the Germans troops to organise reinforcements.

4. How did the Falaise Pocket end?

The Battle of Normandy ended with the Germans’ defeat in the Battle of Falaise Pocket. Hitler, led by his ego, did not listen to his officers. Due to his actions, Normandy became a grave for the German troops. On the other hand, the Falaise Pocket liberated France. The name “unhealthy zone” went to the area and the corpses risked spreading diseases. Pilots who flew several feet above claimed that they could smell the stench of the rotting bodies.

C. The Battle of Bulge

Termed as “undoubtedly the greatest American battle” of World War II by Winston Churchill, the Battle of Bulge saw the last German campaign on the western front. It took place between 16 December 1944 to 25 January 1945.

Just like what happened with Falaise Pocket, several of Hitler’s colleagues advised him to take a step back before attacking as they thought he “has no more than a ten percent chance of success.”

1. German troops made use of stolen US army uniforms to create havoc for America

During the early days of the battle, Hitler assembled an army for a top-secret mission called Operation Greif. English speaking german soldiers were outfitted with stolen American weapons, uniforms and jeeps. Hitler also had them slip behind US lines and pose as GIs. The Germans in the disguise of American soldiers cut lines, committed sabotage, switched road signs and most importantly, caused terror and confusion.

2. The Battle of Bulge was the first time the American army desegregated during World War II

Almost 2500 whites participated in one engagement and they fought alongside several of their white counterparts.