12 Evil Gods you should steer clear of!

A God or a deity is a supreme being who is conceived as omnibenevolent(all-good). Different beliefs and religions have different perceptions of God. He goes by various names, identities and attributes. However, going by the ancient philosophy of yin yang, a dualism of good and bad exists. Hence, there are some evil gods you should absolutely avoid as these evil deities just feed on death, destruction and strife.

Let’s take a look at the 12 Evil Gods you should steer clear of!

The first in our list of evil gods is Chernobog, a deity worshipped by the Polabian Slavs. They worshipped two Gods; Bialobog(the white god) and Chernobog(the black god). The white deity was honoured for bringing them goodness and prosperity while the black deity was honoured so that he doesn’t harm them. Additionally, during their feasts, they blessed and cursed simultaneously under the names of their gods; respectively in the name of the good one and the evil one. In their language, Chernobog essentially meant evil deity. 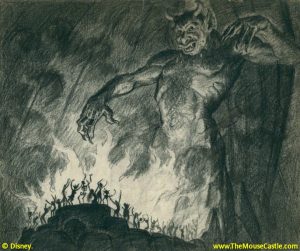 Set is the Ancient Egyptian god of war, chaos and storm. He was initially a benevolent god and was one of the 5 deities established after the creation of the world. However, he grew resentful of his brother Osiris, who was the ruler of the newly created Egypt. The last straw was when his wife was attracted to Osiris and committed infidelity. As a result, Set brutally murdered his brother and was proclaimed as the ‘first murderer’. He subsequently took the throne of Egypt and his reign was filled with chaos, storms and droughts.

3) Sekhmet- the punisher of humankind

Another evil Egyptian god is Sekhmet. Also known as the ‘red lady’ and the ‘lady of pestilence’, Sekhmet was created by Ra to punish humanity for not following his laws. To punish humankind, Sekhmet went on a killing spree, and the fields ran with human blood. Ra was a kind god and could not stomach the bloodbath caused by her and asked her to stop. However, it was too late and her blood lust knew no bounds. Ultimately Ra had to subdue Sekhmet’s bloodlust with alcohol, thus ending her carnage. 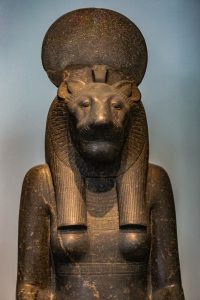 4) Hel- the cruel ruler of the Norse Underworld

Hel is the daughter of Loki and the ruler of the Norse Underworld. She is essentially the god of cruelty, harshness and greed. Additionally, her appearance is always downcast and gloomy, with one side of her body fully alive and the other side rotting. She is perceived as merciless to her offenders and is simply cold and detached. 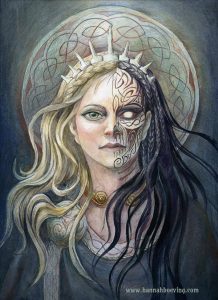 5) Loviatar- the Finnish god of death and disease

Loviatar is a blind Finnish god who was impregnated by the east wind; subsequently giving birth to ‘nine diseases’. These deadly diseases included cancer, plague, scab and more. According to the epic poem Kalevala, she is the most wretched daughter with the darkest of hearts. Moreover, she is an evil god who inflicts pain and terrible illnesses upon the humankind. 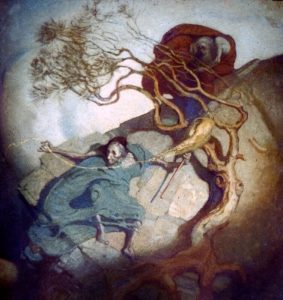 6) Whiro- the embodiment of all evil

Whiro is the Māori lord of darkness. He stays in the underworld and is responsible for all the illnesses. Additionally, he is also the patron of thieves. And according to a myth, when people die their bodies descend to the underworld where they are eaten by Whiro. Devouring them gives him strength through which he can ascend to Earth and unleash his destruction. Hence, many tribes cremate their deceased as Whiro can’t get strength from the ashes. The evil god also possesses a cave called ‘Taiwhetuki’ where all evil things are preserved.

Apophis is an evil Ancient Egyptian god of darkness and is interpreted as a giant coiled serpent. He is the enemy of the light and once even sought to kill the sun god Ra to plunge the world into darkness. Ancient Egyptians used to conduct rituals to protect Ra and destroy Apophis. Although the evil god did not have any formal cult, he would feature in several Egyptian texts which described his efforts to destroy the sun and fill the world with chaos. Apophis is also associated with eclipses, earthquakes, thunder, storms, destruction and death. Moreover, he is also called as the ‘eater of souls’ as he devours both the living and dead. As a result, Ancient Egyptians had various spells buried with the dead which would protect them against him.

Lamashtu was a malevolent Mesopotamian god. She would prey on women during childbirth and even kidnapped their baby. She would later kill and eat the infant. Additionally, she would cause expectant mothers to miscarry, eat the flesh of men, bring death and sickness upon humans and induce nightmares. She was a truly evil god. 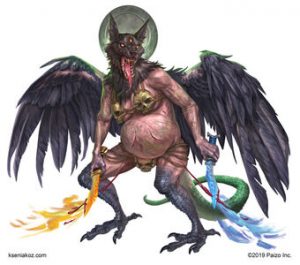 9) Lilith- the demoness who vowed revenge on all men

Lilith is a demonic figure from Jewish mythology. She is featured in many texts but her dark origins lie in Babylonian demonology. Depicted as an evil winged spirit, amulets and incantations were used to counter her diabolical powers as she preyed on expecting mothers and infants. However, her most popular portrayal is in the Jewish texts where she is the first wife of Adam. Here she is described as a nonsubmissive woman who abandoned Adam. As a result, God gave him an obedient wife Eve. Lilith was enraged by this and turned into a snake and tempted Eve with the forbidden apple. Consequently, the couple was banished from the Garden of Eden, following which Lilith transformed into a demoness and vowed revenge on all men.

10) Ahriman- the evil god of strife and disappointment

Ahriman is an evil god who belonged to the early Iranian religion Zoroastrianism. He is also known as Angra Mainyu which translates to a destructive and evil spirit. He causes chaos, strife, confusion and disappointment in humans. Additionally, he is the enemy of Spenta Mainyu(the good spirit). Ahriman’s principal attribute is Druj, ‘the lie’, which embodies greed, envy and wrath. Moreover, many consider him to be the predecessor of Satan.

This Central African evil deity is an aspect of the same supreme being. Adro is the evil side to Adroa which is the benevolent side. Adroa is the god of the sky and Adro is the god of Earth. He can come in contact with humans by transforming himself into a snake and sometimes a translucent being. He is associated with death and destruction and possesses and devours humans. Additionally, his children are called the Adroanzi and resemble serpents. They follow people at night and if the followed people look back they are devoured by them. 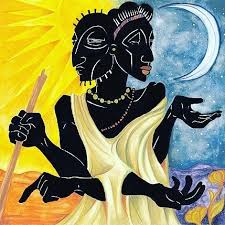 12) Nergal- the evil god who killed people on a whim

Nergal is an evil Mesopotamian deity of war, hunger, devastation and pestilence. He is often seen with a mace and scimitar and destroys lands without any apparent reason sans any regret or remorse. According to a myth, once he was so bored that he laid waste to the city of Babylon just on a whim! However, this incident was not the only one, he frequently went on such rampages and cited bad temper as the reason for his behaviour. 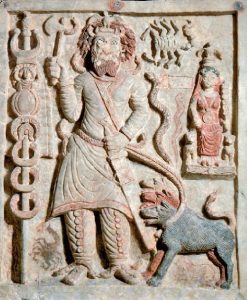 Enjoyed the above article? You may also enjoy 12 major Romans gods you need to know about!