10 Crazy Rulers In History and their antics 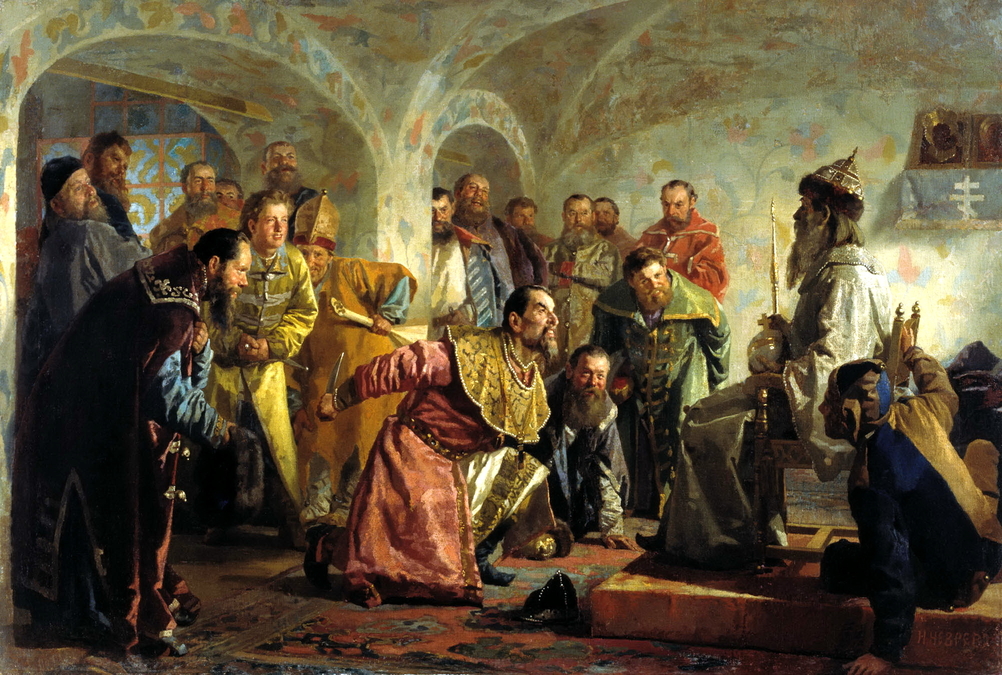 The names of several great rulers still echo in historical books. They brought wealth, prosperity and happiness to their citizens for which they are remembered till date. However, if it weren’t for the crazy rulers in history, the best ones wouldn’t be as appreciated. After all, Charles VII of France wouldn’t be termed “Victorious” or the “Well-Served” if it wasn’t for his “Mad” predecessor.

We bring you a list of ten crazy rulers in history, dating from the 1300s to just a few years back. Psychologists today would most probably call them mentally ill; however, a few seemed less human than the others due to their actions. Take a look at what these rulers were like and, most importantly, why they were called “crazy.”

1. Charles VI of France thought he was made of glass

Charles VI‘s reign in 1380 started pretty well. In fact, the political and economic situation of the country significantly improved. At the age of 21, the public called him the “Beloved”.

But at 32, Charles had his first insanity episode. He murdered four knights and attacked his brother. From then on, he was no longer “Beloved” but was called “Mad.” He had several dangerous episodes yet continued to rule the country till his death in 1422. His mental incapabilities, however, had a lasting impact on the empire.

Charles’ poor political decisions resulted in struggles for power across the country, bringing a civil war-like situation. The English took advantage of this and resumed the Hundred Years’ War.

Fun fact, Charles VI assumed he was made of glass and that if touched, he would shatter. It did shatter though, not him, but the country.

Ivan Tsar laid the foundation of the Russian empire. He was a brilliant military ruler and leader; however, he had a very poor temperament. He manifested this through cruelty and rage.

Things got worse when Ivan was Moscow’s Grand Duke between 1533 and 1547. His outbursts were scarier from 1547 when he was the Tsar of All the Russians. He held the position till his death in 1584. The fact that he killed his son and heir to the throne by stabbing him is proof that the Tsar had no limit to his anger.

He created a special force called oprichnina that eliminated anybody who he felt threatened by. Before its dissolution in 1572, Ivan led them to Novgorod and killed thousands of its inhabitants. The event is still remembered till date as the Massacre of Novgorod, making him one of the crazy rulers in history.

3. Rome’s Caligula thought it was funny to kill the priest instead of the bull

Emperor Caligula murdered men when he felt like it and shared intimate relations with their wives. He demanded his subjects to worship him as a God. However, all this “toughness” did no good – his kingdom suffered from a financial crisis because of Caligula’s unnecessary spending.

Almost all historians agree that he barely valued human life. One such story narrates how he was to make a sacrifice by killing a bull with a mallet. Instead, at the last moment, the Emperor aimed for the priest and laughed as he bled to death.

For a ruler as crazy as him, Caligula loved his horse Incitatus dearly. Its house was made of marble and its manger of ivory.

The citizens hated him so much that they demanded that he should be removed from power. For the first time, a Roman Emporer was assassinated; Caligula got stabbed 30 times at the Palatine Games. Sadly, his innocent daughter and wife were also executed.

Even after his death, the Senate wanted him to be erased from the country’s history. They destroyed all his statues and melted several coins bearing his image.

4. Who is to blame for Prince Sado’s irrational behaviour – him or his father?

Korea’s Prince Sado was hated by his father right from his birth in 1735. His father often chastised him and prevented him from attending auspicious court events. One may argue that this harsh treatment may have led him to insanity. Sado murdered and assaulted servants for pleasure and even stalked his sister. His father eventually locked him in a rice chest for eight days, after which he died.

As his name goes, Vlad the Impaler was best known for impaling people. If there was one hobby Vlad truly loved, it was impalement, making him perfect for this list. All jokes aside, Vlad impaled around 40,000 to 100,000 people. Believe it or not, Dracula’s character drew inspiration from this ruler.

6. Breathe and you may be sentenced to death in King Eric’s kingdom

Today’s medical experts would call Eric XIV of Sweden paranoid. His paranoia took over his life. Most often, anybody found laughing, smiling, or whispering in his kingdom were sentenced to death for treason. He even imprisoned an innocent family because he thought they were too influential. The king later murdered them as well. After the killings, Eric disappeared into the woods for three days. He thought he wasn’t himself and was, in fact, his brother. In 1568, his brother took over the throne because Eric was deemed too unfit. The ruler died of poisoned pea soup in 1577.

7. Read what Emporer Qianfei did and you may never eat pickles again!

Emperor Qianfei led the Liu Song dynasty. He found pleasure in killing two kinds of individuals – those who are his family and those who are from families. We doubt if he had any human emotions as he murdered his brother and caged his uncles.

That is not all; he scooped out the eyes of a man, put them in honey and called this creation as “pickled ghost eyes.”

Ultimately, Qianfei’s servants unanimously agreed on murdering him. He was such a manic ruler that not one person objected.

8. The Zhengde Emperor of China and his imaginary double

While talking about the Ming Dynasty’s most notorious rulers, we are reminded of The Zhengde Emperor of China. He would continuously send his military on pointless missions. We are convinced he was crazy as he often ordered an imaginary double named General Zhu Shou. Additionally, a senior eunuch took care of the state affairs as ordered by him. However, after they collapsed five years later, the eunuch was executed. Moreover, his body was sliced into parts in the next three days.

9. Emporer Nero’s cruelty makes him one of the crazy rulers in history

Emporer Nero was unspeakably cruel. Although he ruled for just thirteen years, the trauma from his reign stayed for years. At 14, Nero was convinced that his mother was plotting against him. To eliminate her, he ordered the military to sink her ship. However, she swam ashore. But, the soldiers on the land killed her. Additionally, murders came naturally to Nero and his first wife was his victim as well. He and Octavia never got along. To get rid of her, Nero divorced her and accused Octavia of adultery. However, not many people bought it. But, Nero finally got his way and Octavia was executed. But he isn’t going to get away this time. Nero and his antics make it to our list of crazy rulers in history!

10. Adolf Hitler the crazy ruler who wiped out millions of innocent people

This list of crazy rulers would be incomplete without the Nazi Germany leader and politician, Adolf Hitler. He was given absolute power and started World War II in 1939 with the invasion of Poland. Almost 50 million people died because of this. The Nazi regime led by Hitler was responsible for killing nearly 19.3 million civilians and prisoners of war. They put the Jews, political minorities and other ethnic and religious sections into concentration and death camps. Known as the Holocaust, the Nazis were responsible for the deaths of six million Jews, Slavs and Roma people, homosexuals and several other groups.

With all due respect to those who lost their lives in the Holocaust, the atrocities conducted by the Nazis can not be summarised in a few lines. So, let’s save the details for another post.

We believe in equality and no one is spared! Check out the 12 Of The Worst Queens In History

Previous article10 weird facts about ancient Egyptians that will surprise you
Next article11 Bizarre Facts About Carl Tanzler- The man who loved a corpse.