6 Bizarre Events In History that will blow your mind!

Bizarre events are present throughout history. Some of these events are so surreal that you almost think they are fictional. Let us explore some of the strangest events in history that are too bizarre to be true!

Read 6 Bizarre Events in History that will blow your mind!

1) A town gives the expression “dance until you drop dead” a new meaning.

The 1st in our list of Bizarre events in history is an unexplained phenomenon which took place in Strasbourg, Alsace in 1518. In a truly bizarre event around 400 people took to uncontrollable dancing for days! The phenomenon started in July 1518 when a woman stepped onto the street and started dancing fervently. She kept dancing for a week, by then around 3 dozen more people had joined her. By August around 400 people were out dancing in the streets. This is one of the most famous cases of a phenomenon called the “dancing mania”.

The reason for the dancing plague is not known. Back in the day physicians attempted to cure the mania by playing music so as to soothe minds of the dancers, but that backfired as more people joined in instead.

Some theorise that the reason for this phenomenon was stress-induced mass hysteria. While some say it was food poisoning due to eating ergot fungi which cause hallucinations and spasms. Well, whatever the cause, it still is one of the strangest events in history! 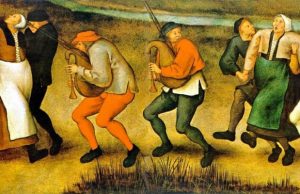 2) As seen in this bizarre event in history laughter is NOT the best medicine.

We all have heard of the expression “laughter is the best medicine” but for students in Tanganyika, laughter turned out to be fatal. On January 30, 1962, at a school in Kashaha, 3 girls started laughing hysterically. That laughter spread to 95 pupils studying in the school! The waves of laughter lasted for hours and sometimes even for days.

The bizarre thing is that only students between the age of 12-18 were affected by this phenomenon and the teaching staff was unaffected. Due to this, the school was closed down in March. The epidemic further spread to Nshamba village where 217 people were affected, who were also mostly young adults.

The bouts of laughter were mainly accompanied by crying, screaming, fainting and respiratory problems. The phenomenon lasted for 18 months and then died down, it affected around 1000 people and the Kashaha school was sued for spreading it. This bizarre event in history is called the Tanganyika laughter epidemic and is categorised as one of the strangest events.

Well, for folks in 19th century New England they certainly were.  But their “vampire” is a completely different entity from the mythical creature. The Vampire panic of New England was basically a name for the outbreak of Tuberculosis (TB) in the regions of New England.

In those days TB was called consumption. A name apt because it seems to consume the infected person body. It is essentially a bacterial disease but this was not known until the late 19th century. Once infected the disease spreads through the family. Hence bodies of the infected were exhumed and internal organs were burned so as to stop the “vampire” from killing the local population. The way to determine if the corpse was feeding off the living was to check for liquid blood in the heart or other organs and to examine the “freshness” of the body.

A notable case is the Mercy Brown Vampire Incident. Mercy’s mother got infected with consumption and its further spread to her family members and finally to Mercy. Her neighbours held belief that one of Mercy’s family members is a vampire. Two months after her death, her father George allowed his family’s body to be exhumed. The results showed that Mercy’s body had little decomposition and “fresh” blood in her heart. All signs deeming her undead. This was enough to convince the folks that Mercy was the cause of consumption. In a bizarre way to stop the spread, the locals exhumed her body and mixed it with water and made her only surviving brother drink it. The cure obviously did not work. 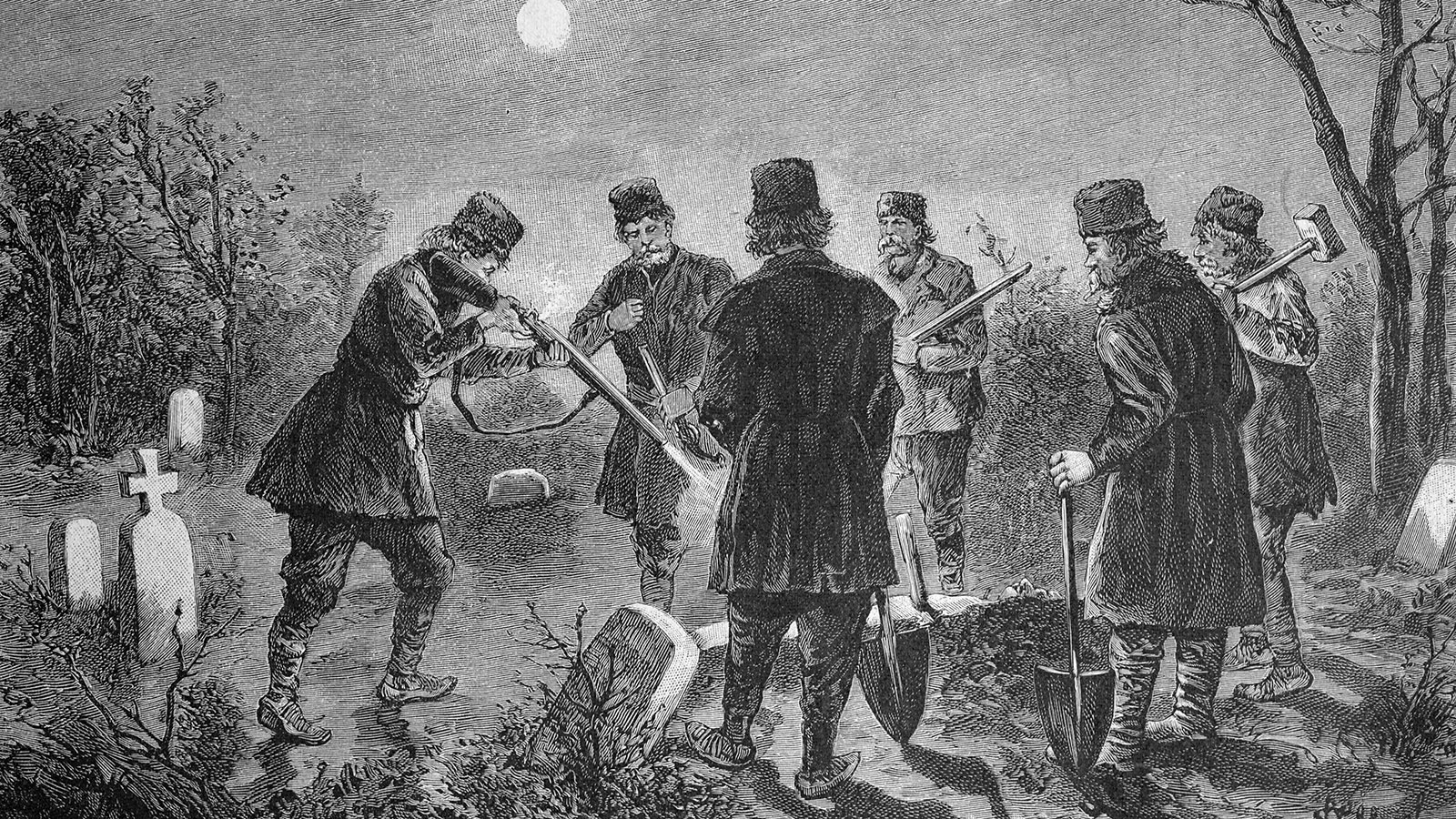 4) A woman who had incredible luck by her side.

Death evaded her since her youth when she survived the life-threatening disease Tuberculosis. At the age of 16, she attended a convent school. But after the illness of her mother, she became a ship stewardess. She was only 21 at the time and started working with the Royal Mail Line in 1908.

In 1911, at the age of 23, she started working aboard the RMS Olympic. Things were fine at first but then the RMS Olympic clashed with the British Ship HSM Hawke, there were no casualties and despite the damage, the ship was able to make it at the port without sinking.

The following year she boarded the RMS Titanic on 10th April 1912, and it sank in 4 days on 14th April 1912. She survived by boarding onto a lifeboat and was rescued by RMS Carpathia the following day.

After experiencing such an event, for some, it might have been quite traumatising to work on a ship again. But it wasn’t the case for Violet. Jessop went on to serve the British Red Cross and worked aboard the Britannic, a White Star Liner. Unfortunately due to an unexplained explosion, it sank on 21st November 1916. Jessop who was aboard the ship escaped via the lifeboat but was nearly killed in the process. The propellors of the boat were sucking the lifeboats under the stern. To escape the fatal fate, she had to jump out the lifeboat. Hence injuring her head in the process. Despite these difficulties, she survived the incident and later returned back to work in 1920. Subsequently, her case became one of the strangest events in history.

Another event in our list of bizarre events in history is the Kentucky meat shower of 1876. In a settlement in Rankin, Kentucky, chunks of red meat showered over the area. This shower took place on March 3, 1976.

Mrs Crouch, a farmer’s wife was making soap on her porch and that’s when she noticed chunks of meat falling from the sky. She and her husband deemed it as a sign from God. Two brave gentlemen even tasted the strange meat and said it belonged to a deer or lamb. Upon examination of the meat, it was said to be a lung tissue from either a horse or a human infant. Surely one of the strangest events in history right!?

6) In a truly bizarre event in history, two men were allegedly abducted by aliens!

In 1973, two men Charles Hickson and Calvin Parker Jr. were out fishing in Pascagoula, Mississippi. They were there till the sun went down. Suddenly Hickson noticed a blue flashing light. Parker noticed it too. It was coming from a thirty-foot object with a dome on top. The UFO hovered over them and then allegedly small creatures with princes came out. The two men floated into the UFO and were subjected to a physical examination inside. Afterwards, they were dropped back at the same spot from where they were picked up.

They ran to the police for help. The police obviously had some difficulty in believing the story. The police did everything to debunk their story but in the end, found it convincing. They were even subjected to a lie detector test which they passed. Parker was so scared that after reporting to the police, he went home and took a bath with bleach. He was worried that the aliens had infected him.

The story became a nationwide sensation and media flooded into Pascagoula to catch a glimpse of the Aliens. Believers even camped overnight in Pascagoula, wrapping themselves in aluminium foil so as to attract the attention of the aliens. Recently new witnesses came forward in 2018, stating that they had also seen the blue flashing lights that night in Pascagoula, but were afraid to come forward. Their credibility is questionable but in the end, this incident is classified as one of the strangest and most bizarre events in history.

Enjoyed the above article? Read Forgotten History; 5 events in history nobody talks about