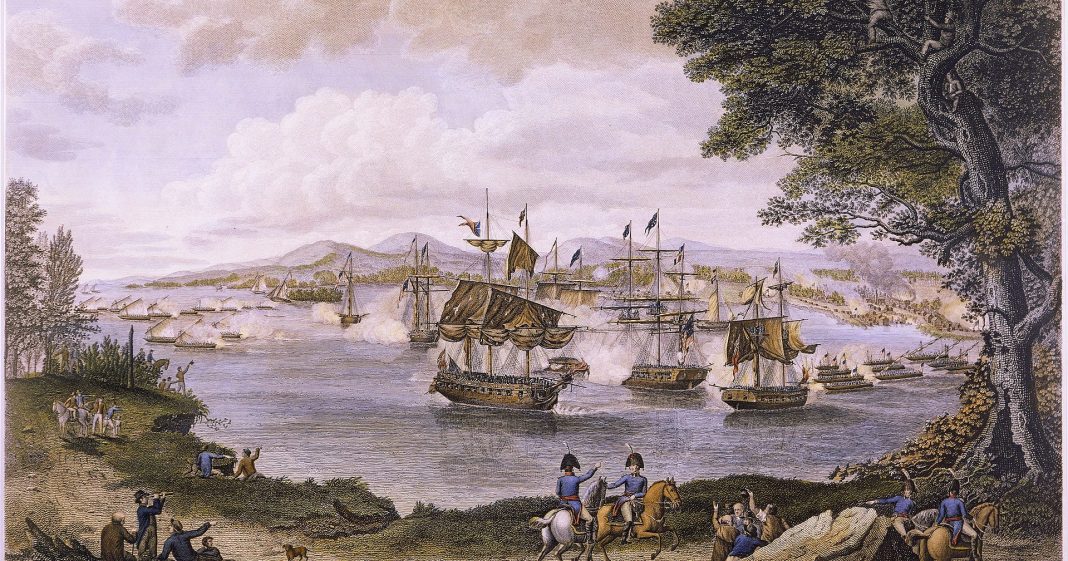 The Battle of Plattsburgh on Lake Champlain took place on September 11, 1814, during the War of 1812. It ultimately resulted in a decisive victory for the American forces.

Let us take a look at the Battle of Plattsburgh- Key Facts & Brief Summary.

The War of 1812 was a military conflict fought between the United States and Britain. It began when the U.S. declared war on Britain in June 1812. The main reasons the U.S. went to war were due to Americans’ impressment into the British Navy, the British economic blockades and confiscation of trade goods, and the British support of hostile indigenous people along the Western frontiers.

Additionally, a small yet persuasive faction of the Congress known as the War Hawks had been advocating war with Britain for quite some time. Plus the faction had theorised that an American invasion of Canada might result in significant gains for the United States. 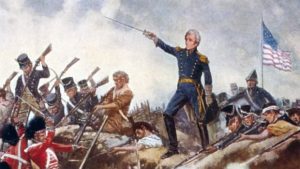 2) Background- The Battle of Plattsburgh

In 1814, most of Britain’s army was engaged in the Napoleonic Wars. However, with the collapse of the French empire, Britain was able to assign more military resources to the American war. Subsequently, on August 24, 1814, the British forces burned the Capitol, the White House (then called the Presidential Mansion) and other government buildings in retaliation for the earlier burning of government buildings in Canada by U.S. forces. 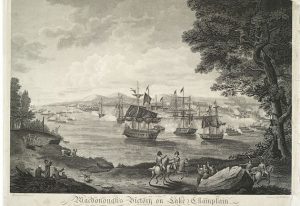 Lieutenant-General Sir George Prévost subsequently launched offensives into American territory. Prévost had essentially hoped that the occupation of Plattsburgh would provide an important security barrier for Lower Canada. Additionally, he’d thought the time was right; the American citizens of Vermont had been unenthusiastic about the war plus the British possessed great naval power which would prove decisive.

4) Prévost’s preparations for the Battle of Plattsburgh

By the end of the summer of 1814, Prévost had organised a force of 11,000 troops. The division of men was under the command of Major General Sir Francis de Rottenburg. Additionally, the division consisted of three infantry brigades that included European veterans, soldiers from North America and militia. Moreover, each brigade was equipped with a battery of five 6-pounder guns and one 5.5-inch howitzer. 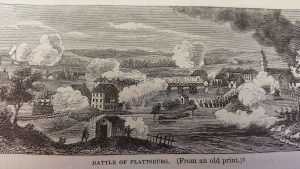 5) A shipbuilding race begins before the Battle of Plattsburgh

In the months before the Battle of Plattsburgh, the British and the Americans began a shipbuilding race. The Americans employed New York shipbuilder Noah Brown, who ultimately built the USS Saratoga. He subsequently launched the 120-foot masterpiece at the Vergennes shipyard in New York in the spring of 1814. Along with the completion of the Saratoga, the American forces had managed to construct the 20-gun brig Eagle, which, was completed in a record-breaking 17 days!

The British on the other hand had launched their newly constructed flagship, the 146-foot Confiance, at Isle aux Noix on the Richelieu River. 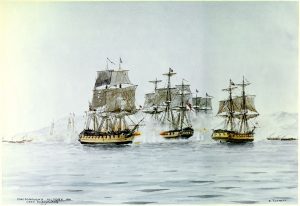 6) Subsequently, in September 1814, Prévost entered New York State from Canada and made his way towards Plattsburgh.

7) The U.S. troops at Plattsburgh numbered around 4,000. They were under the command of Brigadier General Alexander Macomb. Macomb knew that in comparison to the British, his troops were out-classed, outnumbered and extremely underpowered. In fact, if the Brits were to make their land offensive, Macomb had already made plans to blow up the town rather than let the enemy have it. 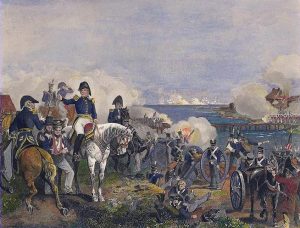 8) The Battle of Lake Champlain

Macdonough was aware of the fact that the British had bigger ships and longer range guns. Hence he anchored his fleet in Plattsburgh Bay and waited for the British Navy to come to him. Due to pressure from Prévost who was waiting outside Plattsburgh with his army, the British fleet prematurely sailed into battle. The naval battle went on for two hours. Fifteen minutes into the battle, Downie was killed by a cannonball.

Additionally, Macdonough showcased his genius in the battle when he was ultimately able to winch around his flagship to deliver a fresh broadside against the British fleet. The British then realised they had been beaten and surrendered. Prévost then called off the land battle and ordered for retreat.

9) Britain’s Major General Robinson was just about to order an attack against Macomb’s weak army when the message of the fleet’s defeat was delivered to him along with Prévost’s direct order for retreat. In disbelief, Robinson’s army (outnumbering the U.S. three to one) turned back and retreated to Canada.

10) For the United States, the victory against the great odds at Plattsburgh provided a significant boost to national morale. 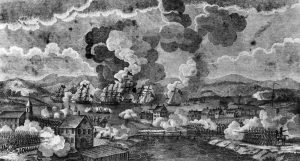 11) After the war, Prévost would be recalled to Britain to explain his poor conduct of the Plattsburgh campaign. He ultimately requested a court-martial to clear his name. However, Prévost in ill health for some time, died before the court-martial could convene.

The Treaty of Ghent was essentially the peace treaty that ended the War of 1812. The American victory during the Battle of Plattsburgh was instrumental in concluding the United States-Britain peace negotiations in Belgium and on December 24, 1814, the Treaty of Ghent was signed. The treaty essentially restored the situation between the two to status quo ante bellum (the state existing before the war).

It took a month for the news of the treaty to reach the United States. As a result, two engagements took place after the signing of the treaty. Firstly, on January 8, 1815, American forces under Andrew Jackson achieved a significant American victory at the Battle of New Orleans. Subsequently, the British won the last engagement of the war, the Battle of Fort Bowyer, on February 12, 1815.

Enjoyed the above article? You may also enjoy Battle of Camden- Key Facts & Brief Summary