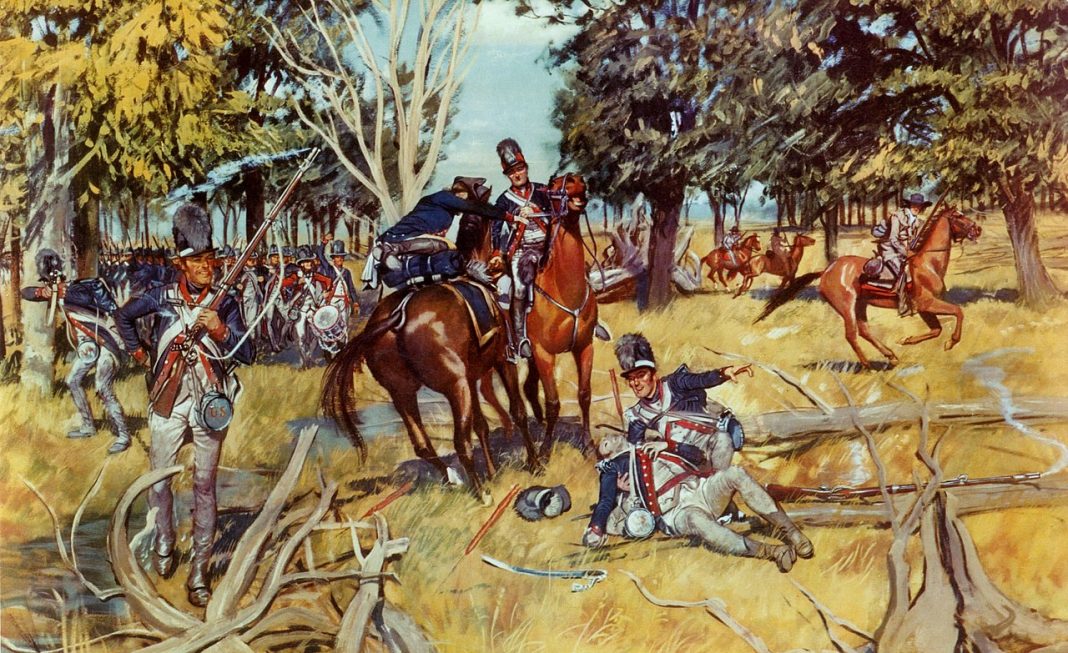 The Battle of Fallen Timbers was the last major conflict of the Northwest Territory Indian war. It took place on August 20, 1794, and was fought between Native Americans and the nascent United States. General Anthony Wayne led the U.S. soldiers to victory against confederated Native forces. This battle is important due to the Treaty of Greenville signed the following year, which opened up much of Ohio to the White American settlers.

Post the 1783 Treaty of Paris, the British ceded the rights of the Territory Northwest of River Ohio to the United States. However, the Natives were not happy with the decision and resented the U.S. As a result, violence erupted between the two. To end this unrest, the United States launched two major campaigns led by generals Josiah Harmar and Arthur St. Clair, however, they failed to reach their objective. Additionally, St. Clair’s campaign called the Battle of the Wabash ended with the Indian’s victory and a disastrous defeat for the U.S. Consequently, in 1792 George Washington recruited General Anthony Wayne as the commander of the Legion of the United States, a new effective force.

General Anthony Wayne had earned the moniker ‘mad Anthony’ due to his daring military exploits during the Revolutionary War. He was given the command of around 5,000 troops who were divided into four divisions called ‘sublegions’. Each sublegion consisted of one dragoon regiment, an artillery squad, a group of riflemen and two infantry regiments. Wayne spent almost two years training his men, and each sublegion operated in such a way that each could function independently of the other. He further trained his men in close-order drill and bayonet combat. Due to his extensive training, his men had transformed into a disciplined professional army.

3) Wayne and his legion move north

In May 1793, Wayne moved along the Ohio River from Legionville and positioned his troops at Fort Washington, near present-day Cincinnati. Afterwhich he led his legion north into Indian held territory and subsequently built forts along the Miami River. In December 1793, he also had his men build Fort Recovery in Mercer County, Ohio, which was the site of St. Clair’s defeat. However, for the winter, most of the troops were stationed at Fort Greeneville which was north of Fort Jefferson. Subsequently, Wayne did not make any further move due to bleak weather.

4) In June 1974, 1,500 Northwest Indians led by Native American leader Little Turtle attacked Fort Recovery, however, they were unable to dislodge the soldiers and hence retreated. Post which Wayne established Fort Defiance and Fort Adams, and at the same time the U.S. troops ravaged the Indian villages near Fort Miamis, a British-held fort.

5) The failed attack on Fort Recovery concerned Little Turtle, and he asked the tribes to enter negotiations with the U.S. However, his worries were mocked and the confederation believed that they could defeat the U.S. Plus their British allies at Fort Miamis had assured them that they would give their support when the time comes. Soon, Little Turtle’s leadership position was replaced by Blue Jacket, a Shawnee chief.

6) Subsequently, Wayne and his legion marched for battle along the north side of the Maumee River. A native force of 1,500 men waited in a clearing in order to ambush the legion. This clearing where the subsequent battle took place, came to be known as Fallen Timbers; as the land was littered with fallen trees after a tornado.

7) The Indians fasted before the Battle of Fallen Timbers

Before the Battle of Fallen Timbers, the Native Indians held a fast, which they were supposed to break on the morning of August 20. Consequently, on the fateful day of the battle, most of the warriors of the confederation were away gathering food. Moreover, they did not expect the Americans to attack early in the morning. Hence the warriors available were just around 1,000. At the same time, the American Legion was also a fraction of its power due to desertion and hence numbered only around 3,000. 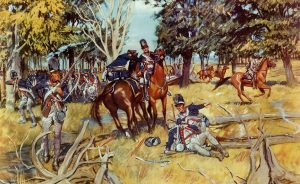 8) The Battle of Fallen Timbers

This plan worked and Blue Jacket’s organised ambush was soon in disarray. The confederated forces then tried to press the flanks of the sublegions but the legions were too disciplined and did not break. However, it was not the same for the confederated forces who were unable to reform in time. As a result, they fled to Fort Miamis to seek assistance from the British. But the Brtish garrison commander Major William Campbell refused to open the doors as he was unwilling to start a war with the United States. Hence the United States was victorious in the Battle of Fallen Timbers. 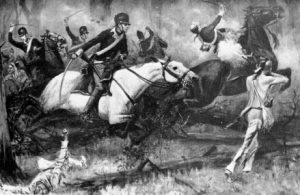 9) After the battle, Wayne’s army camped near Fort Miamis for a few days. However, neither the British nor the Americans wanted an engagement with each other. Hence Wayne just torched the surrounding Native American villages and crops and departed for Fort Recovery.

10) Casualties of the Battle of Fallen Timbers

The American Legion was victorious with 33 of Wayne’s men killed and roughly 100 injured. Northwest Indian losses are less clear, but they similarly lost few of their warriors and leaders.

11) Aftermath of the Battle of Fallen Timbers 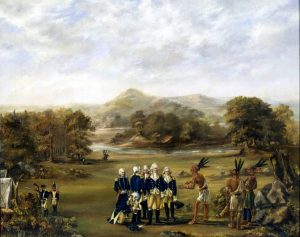 Enjoyed the above article? You may also enjoy the Battle of Cowpens- Key Facts & Brief Summary