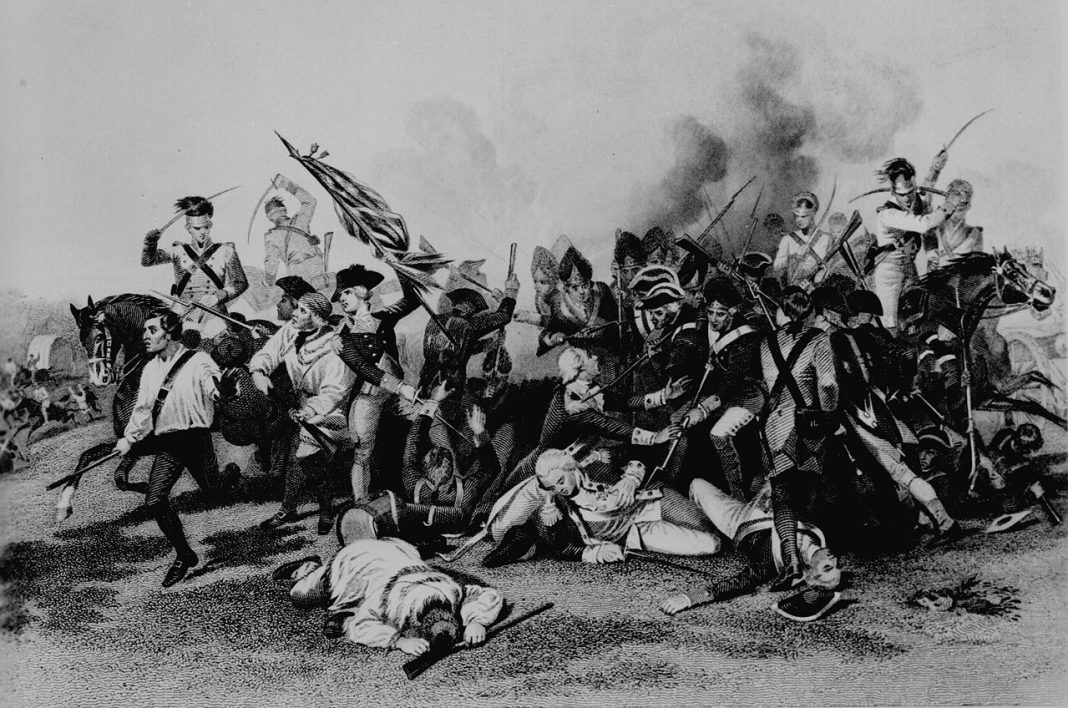 The Battle of Camden marked a devastating defeat for the Americans. It was a battle between the British forces and the Patriots which took place during the American Revolution.

Let us look at the Battle of Camden, its key facts and brief summary.

The Battle of Camden took place in 1780, prior to this the British had suffered defeat in the Battle of Saratoga and the Battle of Monmouth. Hence they decided to renew their southern battle strategy and gain back the rebellious North American colonies. This strategy mainly revolved around loyalists joining the British forces and besieging the rebels in the north.

Sir Henry Clinton, a British army officer led successful sieges and campaigns in the backcountry and was successful in capturing important towns such as Georgetown, Augusta, Cheraw, Ninety Six and Camden. Following this he flew back to New York and Charles Lord Cornwallis was tasked with retaining the control of the rest of portions of the state.

Washington ordered the Continental Army regiments under the command of Major General Johann de Kalb to go south. Following the order, they departed from New Jersey and arrived at Buffalo Ford on Deep River, North Carolina. Subsequently, Major General Horatio Gates arrived at the camp in July and took command of the forces.

Horatio Gates was also known as the ‘Hero of Saratoga’ due to his victory at the Battle of Saratoga.

British forces captured Charleston in May 1780, following which they established a supply depot and garrison at Camden as a part of their strategy to secure control of the South Carolina backcountry.

Two days after Gates’ arrival at camp, he ordered the forces to march to Camden, South Carolina in an effort to liberate the state. He gave this order despite being advised against it by his officers.

The word of Gates’ march to Camden reached Cornwallis, following which he left his headquarters at Charleston and marched to Camden. His army consisted of 2,200 regulars and loyalists.

7) The two armies marched towards Camden, unaware of the presence of each other.

On August 15, Gates fed his men a meal of cornmeal and molasses which acted as a purgative and gave the men diarrhoea. As a result, most of the men were rendered unfit to fight, despite this Gates ordered the men to go on a night march to Camden.

9) The British forces and the American forces met each other before dawn. However, both the parties agreed to halt the battle till morning because neither wanted to engage in a night battle.

11) Cornwallis established the veteran 23rd and 33rd Regiments of Foot on his right flank to battle Stevens. The flank was led by one of his best officers, Lt. Col. James Webster.

12) The Battle of Camden

In the morning on August 16, 1780, Gates ordered De Kalb and Stevens to attack and Cornwallis ordered the same to Webster. The British forces then made use of bayonets, seeing the bayonets the Virginia militia fled because they were inexperienced with them. Subsequently, the American left-wing collapsed.

Major General De Klab fought bravely in the Battle of Camden, he received numerous injuries during the battle and succumbed as a British prisoner a few days later.

14) Additionally, the Americans lost more than 20 wagonloads of military equipment along with a large amount of artillery.

During the Battle of Camden, Gates fled the field on a swift horse and was safe and sound in North Carolina by evening. However, this battle marked a humiliating defeat for him. It further ruined his reputation and he never held a field command again. Gates was then replaced by Major General Nathanael Greene.

A second battle took place at Camden on April 25, 1781, called as the Battle of Hobkirk’s Hill. It was fought between a small American troop headed by Nathanael Greene and the British forces. Although the British won the battle they abandoned Camden the following month.

Enjoyed the above article? You may also enjoy  Triple entente explained in 18 key facts