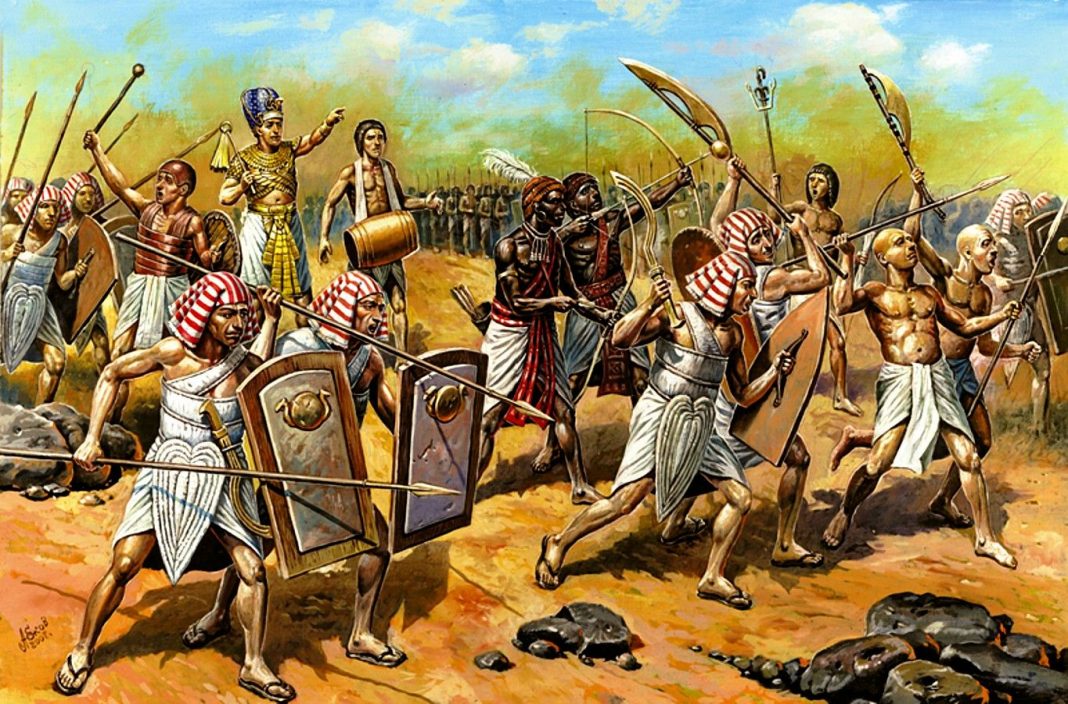 Ancient Egyptians were pioneers in many fields, one of them being weapons. Egypt’s history is divided into three kingdoms and two intermediate periods. Ancient Egypt was at the peak of its military power during the New Kingdom. During this time, they improvised and upgraded their weapons and created the highly effective weapons listed below. These weapons were instrumental in leading the Egyptian army to victory during battles.

Let us take a look at the 9 Highly Effective Ancient Egyptian Weapons.

The first in our list of Ancient Egyptian weapons is the javelin. The javelin was an offensive weapon that was light in weight. They were carried by the Egyptian light infantry and was an alternative to a spear or a bow and arrow. The javelin was highly effective in close combat as Ancients Egyptians would use the weapon to thrust at the enemy behind their shield. Additionally, they could also launch the armour piercing javelin at the enemy lines or chariots. 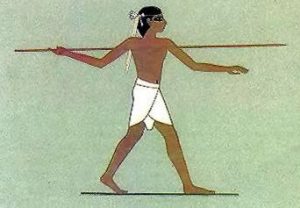 During the Old Kingdom, Ancient Egyptians utilised the traditional Egyptian axe; which had a round or semicircular blade of stone or copper attached to a wooden stick. However, during the First Intermediate Period, it was upgraded into a crescent-shaped weapon made of bronze. The new design subsequently increased the length of the cutting edge. The Egyptian warriors usually carried the battle-axe on their shoulder.

According to historian Paul Elliot, the mace-axe is a purely Egyptian weapon. The Ancient Egyptians used this weapon starting as early as 6,000 B.C. Initially, they used simple maces that had a wooden shaft and a stone head. Later during the New Kingdom, they improvised on the design and the heads were made of bronze and copper. The deadly weapon would have been wielded with two hands to break enemy swords and bash through even the strongest bronze armour. However, the Egyptian battle-axe subsequently replaced the mace.

4) Khopesh- one of the most distinctive Ancient Egyptian weapon

Khopesh is one of the most distinctive Ancient Egyptian weapons. It is essentially a curved sword. Khopesh in Ancient Egyptian translates to ‘leg’ or ‘leg of beef’. The blade is shaped like a sickle and is only sharp on the exterior side.

Various Egyptian pharaohs are depicted carrying the khopesh and some have even been found in royal tombs. For example, the Ancient Egyptians buried the boy king Tutankhamun with two khopeshes. The Ancient Egyptian weapon fell out of use around 1300 B.C. 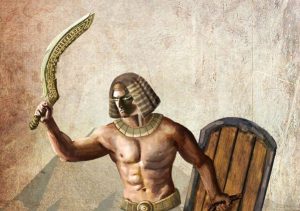 Initially, the Ancient Egyptians used a simple self bow made of horn or wood. However, after battling the Asiatic Hyskos, the Ancient Egyptians adopted the composite bow. The composite bow was far more superior to the self bow and could hit a target at a distance of 250 m. The bows were long, around 5 feet in length. and were made from layers of different materials such as wood, horn and sinews. And they used animal glue to carefully cement the materials together.

The strings of the weapon were made from the animal gut and the arrows were fashioned from bronze-tipped woody reeds. Additionally, the Ancient Egyptians fletched the arrows with three feathers to improve their accuracy. Furthermore, the bow had a characteristic double-curve which became triangular when strung. 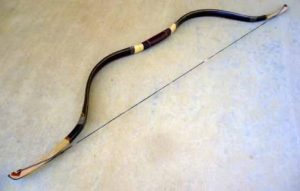 Chariots were essentially the pride of the Ancient Egyptian army. According to archaeologist Joost Crouwel, chariots were not a sudden invention but were developed out of earlier vehicles that were mounted on disk or crossbar wheels. The early usage of chariots was mainly for transportation purposes, however, they were first used as a weapon by the Hyksos. Later when Ancient Egypt was at the peak of its wealth during the New Kingdom, the armies deployed swarms of heavily armed chariots during battle. The chariots, however, broke down a lot due to the uneven grounds, as a result, they were in constant need of repairs. The chariots were hence expensive and high maintenance weapons, but important nevertheless.

The Ancient Egyptians used the chariots mainly for the archers. An archer would stand on the chariot and shoot arrows at the enemy. The driver a.k.a the charioteer essentially controls the chariot. Additionally, it was the charioteer’s job to ensure that the archer got the best shooting position.

According to ancient battle records, the Egyptian army deployed large chariot formations of almost 100 teams. Moreover, the warriors riding on the chariot used a range of weapons including the javelin, the composite bow and khopesh. 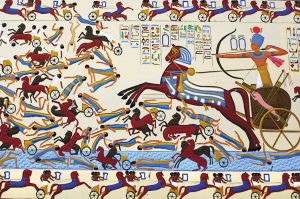 According to archaeological evidence, Ancient Egyptian soldiers wore very light armour. They were essentially simple textile wraps cemented by animal glue. However this was not the case for the charioteers, both the warrior and the driver wore an elaborate and protective armour made out of bronze scales.

The pharaohs were also an exception, for example, Ramses II is depicted fighting as a charioteer wearing scale armour with sleeves that covered the entire torso. The horses pulling the chariot were armoured as well. According to relief paintings, both Ramses II and Tutankhamun are driving chariots with horses wearing armour with bronze scales. 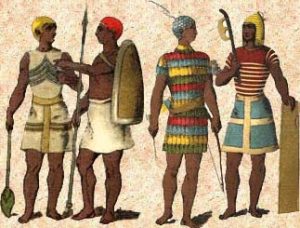 8) The bronze-tipped spear and the shield

Ancient Egyptians either used the spear as a close combat weapon or a projectile weapon. The spearmen of the Egyptian army were armed with a bronze-tipped spear in their right hand and a wooden shield in their left. They would then advance towards the enemy in a tightly packed formation. The length of the spear allowed them to attack the enemy while deflecting attacks with their shields. The bronze tip had the added advantage of piercing through the enemy’s armour.  Additionally, there were two types of spears; one that was made for throwing and thrusting and one that was fitted with an axe blade and used for cutting and slashing.

Initially, Egyptian speartips were wooden and ineffective. Subsequently, the Syrians showed them how to forge spears with bronze tips. The Egyptian shields were essentially wooden planks that were bound with glue and animal hides. These turned into a strong defence when the infantry closed ranks in a phalanx formation. 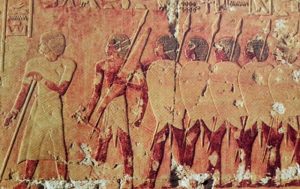 Ancient Egyptians did not actually use swords, although they did use daggers and short swords. They essentially used two types of short swords. The first was shaped like a dagger and had a sharp point. It was very useful at a very close range. While the second was longer with flat sides and had a sort of ‘butter knife’ point. This weapon was for slashing at the enemy from a short safer distance and was strong enough not to bend when brought down hard on a shield. 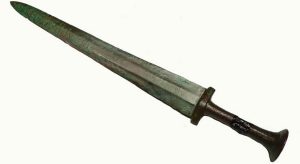 Enjoyed the above article? You may also enjoy the 13 most effective Ancient Roman weapons

Previous articleQueen Elizabeth often walked among the public, during one such walk near her Balmoral estate, she met some American tourists who did not recognise her. They subsequently asked her whether she had ever met the Queen. To which she replied “no”, then pointed to her protection officer and said, “he has”. The tourists did not connect the dots.
Next articleMarvin Heemeyer’s Killdozer Rampage