9 Bizarre Facts about Nikola Tesla that you won’t believe are true! 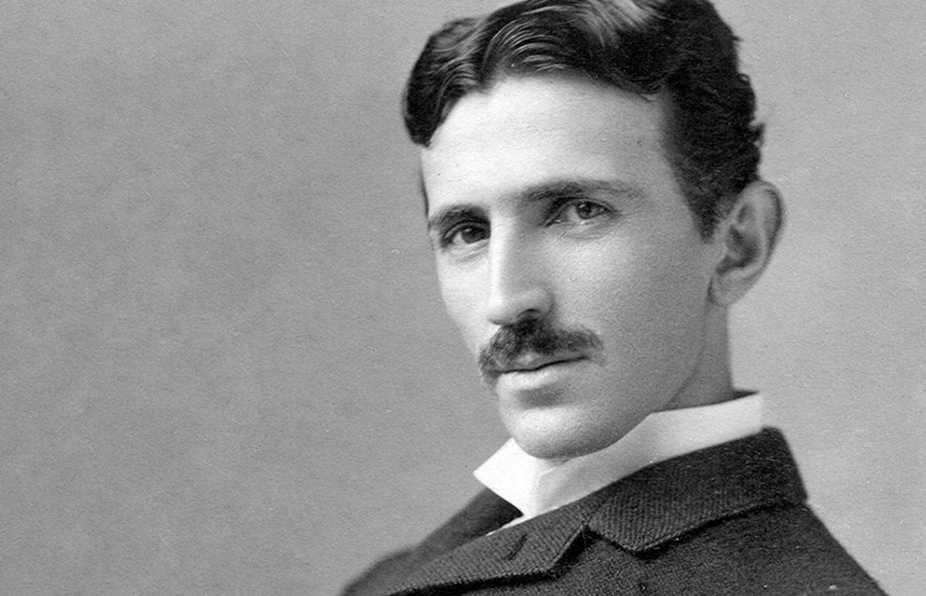 9 bizarre facts about Nikola Tesla, the father of Alternating Current. Nikola Tesla was an inventor, engineer and a futurist. He has always been a key figure in science and controversy.

Let us dive into these 9 bizarre facts about him that will surely blow your mind away.

1) Tesla wanted to end Warfare with a Death Ray

Let’s get started with our 9 bizarre facts about Nikola Tesla with what he is infamously known for: The death ray. Tesla loathed the idea of war. He wanted to eliminate warfare through the invention of The Teleforce, or the Death Ray as we know it now. In 1934, he claimed that through his research he had made a discovery that would change the face of warfare i.e a machine that will kill from miles away with the use of electricity.

According to Tesla, his invention will create a high wall of energy making it impenetrable to the enemy, making it impossible for armies to attack other nations. Using this method, warfare is essentially eliminated.

Despite not receiving any funding, he claimed to have invented it already. In 1937, he proclaimed to show it to the world. Unfortunately, the world never got to see the invention. Tesla was involved in a car accident the same year, and could not recover fully. In 1943, he passed away in the hotel he was living in.

Upon hearing about his death, the U.S military stormed the hotel in hopes of finding the invention or his notes about it. Officially it’s said that nothing of such sort has been found at the hotel.

So Tesla either took his secrets to the grave or the government got a hold of the death ray, something we will never know.

2) Tesla came up with Bizzare Experiments

Nikola Tesla came up with an unconventional theory that one can enhance the brain’s intelligence through electricity. In 1912, he came up with the plan “to make dull students bright”. He planned to do so by wiring the walls of a schoolroom and saturating it with infinitesimal electric waves vibrating at a high frequency. And thus, converting it into a ‘health-giving and stimulating’ electromagnetic field.

What is even crazier is that the plan was accepted, although provisionally, by the then superintendent of New York City Schools, William H Maxwell.

3) Nikola Tesla thought he made contact with Extraterrestrial Life

In the summer of 1899, while working in his Colorado Springs Laboratory Tesla noticed strange beeping sounds emerging from the radio receiver. After ruling out the possibilities of solar or other celestial sources, he concluded them to be from extraterrestrial life forms.

The following year, the American Red Cross asked him to predict mankind’s greatest achievement for the coming century.

Tesla replied he may already have achieved it. He wrote a letter, notifying them of the message he received from the outer space in a series of beeps which went one..two..three.

Tesla was right, but the message wasn’t from any extraterrestrial life. In 1996, scientists replicated his experiment and their findings showed that the signal was caused by the moon passing through Jupiter’s magnetic field.

4) Tesla once fell in love with a Pigeon

Tesla loved taking walks in the park and feeding pigeons. He developed a particularly unusual relationship with a white pigeon who visited him every day. He once said, “I loved that pigeon as a man loves a woman, and it loved me.” And having it in his life was giving him purpose.

Tesla’s unusual bonding with pigeons was primarily due to a childhood event which changed his life. Tesla witnessed the death of his brother during a riding incident, and it left a deep impact on him. Following the event, he started seeing visions that the air surrounding him was filled with ‘tongues of living flames’.

During adolescence, Tesla learned to exercise his willpower and began managing his visions, but towards his later life, he would spend his time feeding and as he claimed, communicating with New York City’s pigeons.

Nikola Tesla and Mark Twain were good friends. Twain once complained to Tesla about his digestive problems and Tesla promptly came up with a solution. Tesla used his ‘ earthquake machine’ for this purpose. This machine was a high-frequency oscillator that was powerful but not enough to destroy his lab. A piston, when set underneath the platform, shook violently.

Tesla made his dear friend stand on the platform and switched the machine on. Reportedly within minutes, it took its effect and Twain was running for the toilet.

6) Tesla and his eccentricities

Nikola Tesla suffered from an Obsessive-Compulsive Disorder. This compelled him to do things in threes, he is said to have occupied hotel rooms only if the number was divisible by three.

Another bizarre fact about Tesla was that he couldn’t stand the sight of pearls. He had an aversion to women wearing pearls and once sent his secretary home because she adorned them.

Additionally, Tesla was a Germaphobe, this was due to him having a near-fatal bout of Cholera in his childhood. He polished everything he used to perfection and used 18 napkins during the process.

7) Many of Nikola Tesla’s inventions are classified by the U.S Government

When Tesla died in 1943 at the New Yorker Hotel in Manhattan, the Office of Alien Property (OAP) stormed his hotel room and sealed away all his belongings. Most of his belongings were later given back to his family while few are displayed at the Tesla Museum in Belgrade. Yet many papers and research of Nikola Tesla remain as classified information.

Tesla once worked as a manual labourer to make ends meet. After graduating from university, Tesla worked for Edison’s electric company in Paris, but soon he travelled to the United States in hopes of working under him directly. Tesla became an engineer in Edison’s headquarters and impressed the man himself.

Edison once casually mentioned that he would pay $50,000 for an improved direct current (DC) generator design, Tesla took up that challenge and worked day and night and achieved that feat. Edison refused to pay him and said he had been joking.

Tesla quit the company after that and decided to form his own company. While he searched for finances to back him up for his research in Alternating current, Tesla had to make ends meets by digging ditches.

The last of our 9 bizarre facts about Nikola Tesla is that he died dirt poor. An astonishing fact for a man having around 300 patents and behind 700 inventions right!? In spite of his inventions which changed the world, Nikola Tesla died a poor man at the age of 87. The reason for his wealth was the reason for his penury. Tesla sold most of his important patents to George Westinghouse and kept investing all his money into new inventions. Many of these inventions did not work out. Eventually, he ran out of money which rendered him broke.

If you want to know more about the world of inventions, read These 13 Historic Inventions changed the world. But did you know the stories behind them?