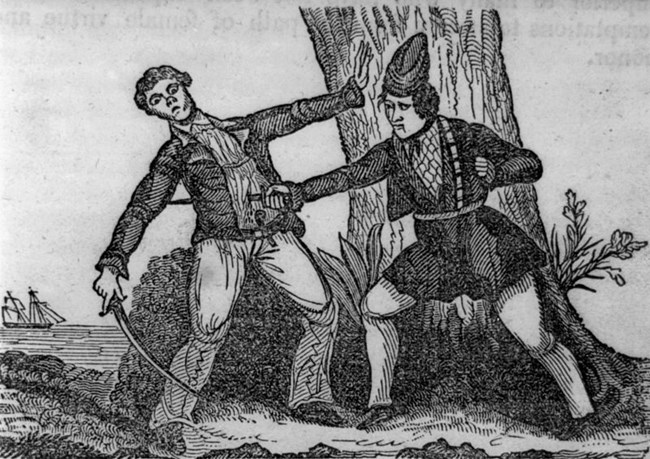 In a world where piracy was mainly a male-dominated profession and women were looked down upon as weak and fragile, these 5 famous women pirates broke that stereotype and are celebrated today for being as notorious and were as feared as their male counterparts.

1. Anne Bonny- From a daughter of a servant to one of the most famous women pirates. 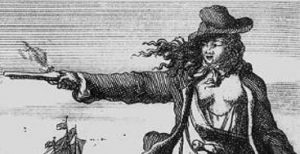 Regarded as one of the most famous female pirates in history. Anne was an Irish pirate operating in the Caribbean. She was the daughter of a servant. In her youth, she was known as a woman with a temper. She eventually went on to marry a small-time pirate James Bonny. She later left him for Pirate John “Calico Jack” Rackham. To be a crewmate on Rackham’s ship she had to disguise herself as a man. Anne has said to have taken part equally in the physical parts of pirate life like boarding unsuspecting ships and fighting against defenders.

On 15th November 1720, she was captured along with the rest of her crew and was sentenced to death. However, she avoided execution because of her pregnancy and received a temporary stay of execution. It is speculated that her father paid a price for her release and she escaped execution and as of now, her fate is unknown.

2. Mary Read- Who once served in the military but later raised hell in the seas. 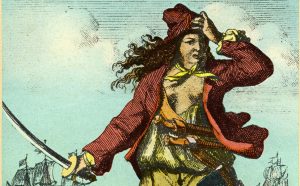 Mary Read was a famous English woman pirate. She and Anne Bonny are two of the most celebrated pirates in history. They are also a few of the women convicted of Piracy in the late 18th Century during the “Golden Age of Piracy”. Mary was disguised as a man since her youth. First by her mother to seek inheritance money and later to join the British Military. Read turned into a pirate in the late 1710’s after buccaneers attacked the ship she was working on and impressed her into their ranks. In 1720 she met John Rackham and joined his crew.

On the ship, she revealed herself as a woman to Anne Bonny and the two reportedly became good friends. After being arrested she was given the sentence of execution along with the rest of the crew. However she avoided that as she was “quick with a child” and received a temporary stay of execution, but later she came down with fever and died in prison.

3. Ching Shih- A woman of humble beginnings who became one of the most feared pirates of all time. 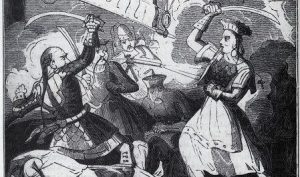 Ching Shih was a famous Chinese woman pirate who terrorized the China seas during the Jiaqing Emperor period of the Qing Dynasty in the early 19th Century. Born as Shih Yang, she was a Cantonese prostitute and later married a notorious pirate Cheng I. Following their marriage Shih who participated fully in her husband’s piracy was known as Cheng I Sao.

Cheng 1 and Ching Shih formed a massive coalition from unifying small gangs into a federation of 70,000 men and 400 junk ships. By 1804, this coalition was a formidable force, and one of the most powerful pirate fleets in all of China; by this time they were known as the Red Flag Fleet

Upon the death of her husband in 1807, Ching Shih took control of her husband’s pirate fleet. And by 1809, she commanded over 800 large junk ships and 1,000 smaller ones. She also commanded over 70,000 men and women in her pirate crew. Additionally, she commanded the Red Flag Fleet and controlled the seas of South China. She then set up her own government to establish laws and even taxes. Shih was a ruthless leader and breaking her laws lead to decapitation. Furthermore, she was revered and feared as far away as Great Britain.

Sadie Farell was an American criminal, gang leader, and river pirate under the pseudonym Sadie the goat. She earned a reputation as a merciless mugger on the streets of New York where she brutally headbutted her victims and stole their money. According to popular underworld lore, Sadie was engaged in a long term feud with a female bouncer by the name of Gallus Mag. And after losing a fight with her, Sadie left the area in disgrace.

Later, while wandering the dockyards in the spring of 1869 she witnessed the members of the Charlton Street gang unsuccessfully attempting to board a small sloop. Then watching the men being driven away by the sloop’s small crew she offered to become the gang’s leader and thus started her career as a pirate. Within days she engineered a successful hijacking of a larger sloop. And, with “the Jolly Roger flying from the masthead”, she and her crew reputedly sailed up and down the Hudson and Harlem Rivers raiding small villages, robbing farmhouses and riverside mansions. And even occasionally kidnapping men, women, and children for ransom. She was said to have made several male prisoners “Walk the Plank”.

5. Grace O’ Malley (Gráinne Ní Mháille)- A pirate who ruled the seas and met the Queen.

Grace O’ Malley was a famous Irish woman pirate. She was born in a powerful clan that lorded over the coastlines of western Irelands. Local folklore had it that Ní Mháille, as a young girl, wished to go on a trading expedition to Spain with her father. Upon being told she could not because her long hair would catch in the ship’s ropes, she cut off most of her hair to embarrass her father into taking her. This earned her the nickname “Gráinne Mhaol ”(meaning bald or having cropped hair).

Upon the death of her father she took over the active leadership of land and sea. She then proceeded to continue the family tradition of plundering English and Spanish ship and attacking viral chieftains.

Ambitious and fiercely independent, her exploits became known throughout all of Ireland and England. By March 1574, the English felt they could no longer ignore her ‘sieges’, so a force of ships and men laid siege to O’Malley in Rockfleet Castle. Within two weeks, the Pirate Queen had turned her defence into an attack. And the English were forced to make a hasty retreat. However, more trouble arrived in the early 1590s when her two sons and half-brother were captured by the English Governor of Connacht. Ní Mháille then set sail to England to petition for their release. In an audience with Queen Elizabeth I she convinced her to release her family and restore much of her land and influence. She is reported to have lived her last days in the comfort of her fortress in Rockfleet.

Enjoyed the above article? You may also enjoy Top Ten Women’s Rights Activists Who Changed The World