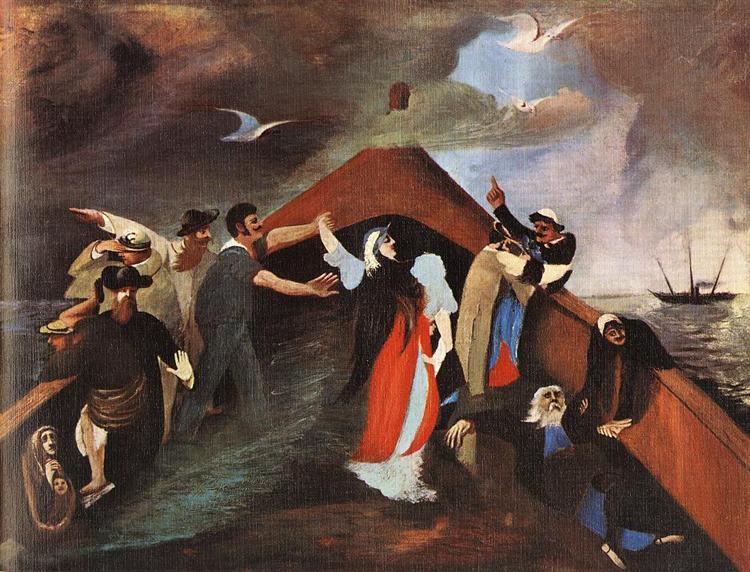 Let us dive into these fun facts about the famed Norse explorer to find out more about the man!

1) Contrary to popular belief, Christopher Columbus was not the first European to discover America.

The first in our list of 26 fun facts about famous Norse explorer Leif Erikson is that he is the first European to discover America. He made the journey to North America 500 years before Christopher Columbus.

2) Leif Erikson, the famous explorer, is the son of Erik the Red. Erik the Red is the creator of the first Norse settlement in Greenland and of Brattahlid.

3) European explorers took inspiration from Leif Erikson when they crossed the Atlantic in search of a “new world”.

5) Leif Erikson initially planned his voyage to discover America with his father. But his father fell from a horse and this was a bad omen for the Norse. 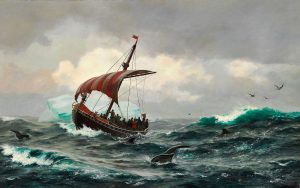 6) Mid-Western State, Wisconsin in the USA was the first to celebrate Leif Erikson day in 1930.

7) The 30th President of the United States of America also states that Leif Erikson discovered America.

During the 1925 Minnesota state fair, President Calvin Coolidge addressed a crowd of 100,000 people. He stated that Leif Erikson was the first European to discover America. 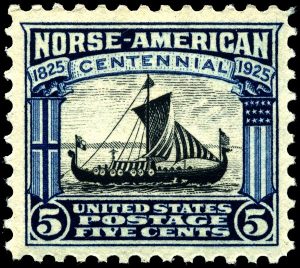 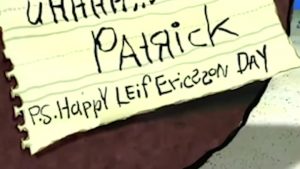 9) You are pronouncing his name wrong.

In Iceland and Scandinavia, the name Leif is pronounced as Layf ( rhymes with safe ) or as ‘Life’ depending on the region you are in. Americans often mispronounce his name as ‘Leef’.

During the battle with the proto-Inuit natives, Erikson’s pregnant half-sister Freydís Eiríksdóttir fought them out bare-breasted with a sword!

Leif’s father is Erik the Red. For those who don’t know, Erik was the man who left Norway and settled the first European colony in Greenland.

12) Leif was partially raised by a slave.

Another fun fact about Erikson is that he was partially raised by a slave. The responsibility of raising him was given to a man named Tyrker who was a thrall (slave) of Erik the Red.

13) Leif converted his mother to Christianity.

An interesting fact in our list of 26 fun facts about the famous Norse explorer Leif Erikson is that he was behind converting his mother to Christianity. Though his father refused to convert as he was a headstrong follower of Norse paganism. His mother was behind commissioning the first Christian church in Greenland called the Thjóðhild’s Church.

14) Leif Erikson set up a colony in coastal North America.

Leif is one of the first Europeans who established a colony in Vinland. Vinland is now coastal North America. He named it Vinland (Wineland) because the land was full of vines and grapes.

15) According to the prominent Saga of Erik the red, Leif Erikson saw Vinland for the first time after being blown off course while sailing to Greenland.

16) He heard about Vinland from a merchant

Leif initially heard the tales of Vinland from a merchant by the name Bjarni Herjólfsson, who chanced upon it when blown off course as well. But Bjarni never made landfall there. When Leif set sail in hopes of finding it, he bought the same ship which Bjarni used for the purpose of exploring.

17) While returning from Vinland, Leif rescued a castaway earning him the nickname ‘Leif the Lucky’.

18) Leif Erikson had two sons ( that we know of ). One of the sons Thorkell succeeded him as the chieftain of Greenland settlements.

19) A cool fun fact is that discovering places runs in his blood. Leif Erikson was the distant relative of Naddodd. Naddodd was the man behind the discovery of Iceland.

20) The mentions of his voyages and adventures are in two of the famous sagas ‘Saga of Erik the Red’ and ‘ Saga of the Greenlanders’.

21) A surprising fun fact about Leif Erikson is that he initially had friendly relations with the ‘Red Indians’ of America.

According to the sagas, Erikson had friendly and strong trade relations with the Red Indians. Tensions started rising with the indigenous people when Leif’s brother was struck by an arrow by them during a fight. 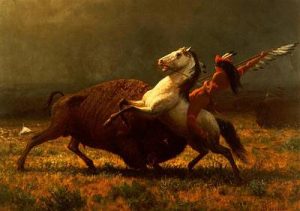 22) Leif Erikson’s brother is famous for his poetic last words ‘This is a rich country we have found; there is plenty of fat around my entrails”.

23) Leif Erikson was not a coloniser.

Another fun fact is that even though he created a colony on Vinland, Leif never colonised the region. And neither did any other of the Norse explorers who came with him or after him.

24) In 1924, four people attempted to chart the course taken by Leif Erikson on his journey.

In 1924, a 40-foot vessel consisting of two Americans, a Swede and an Englishman set sail emulating Leif’s course, but unfortunately, they got lost after reaching the west coast of Greenland.

25) Since 2015, the exploration museum in Húsavík, Iceland annually hands out the ‘Leif Erikson Awards’. They are awarded to people for achievements in the fields of exploration and study of the history of exploration.

The last in our list of 26 fun facts about the famous Norse explorer Leif Erikson is that numerous statues are erected in his honour.  The most famous one is in front of the Hallgrímskirkja church in Iceland. This statue is a gift from the United States of America to Iceland to commemorate 1000 years of the parliament of Iceland in the year 1930. Erikson also has statues erected in his honour in Boston, Seattle and Minnesota.

Want to know about other explorers of the seas? read Ten Explorers Of The Seas That You Should Explore

Previous articleThese 8 Museum insights are mind-blowing
Next articleThese 13 Historic Inventions changed the world. But did you know the stories behind them?