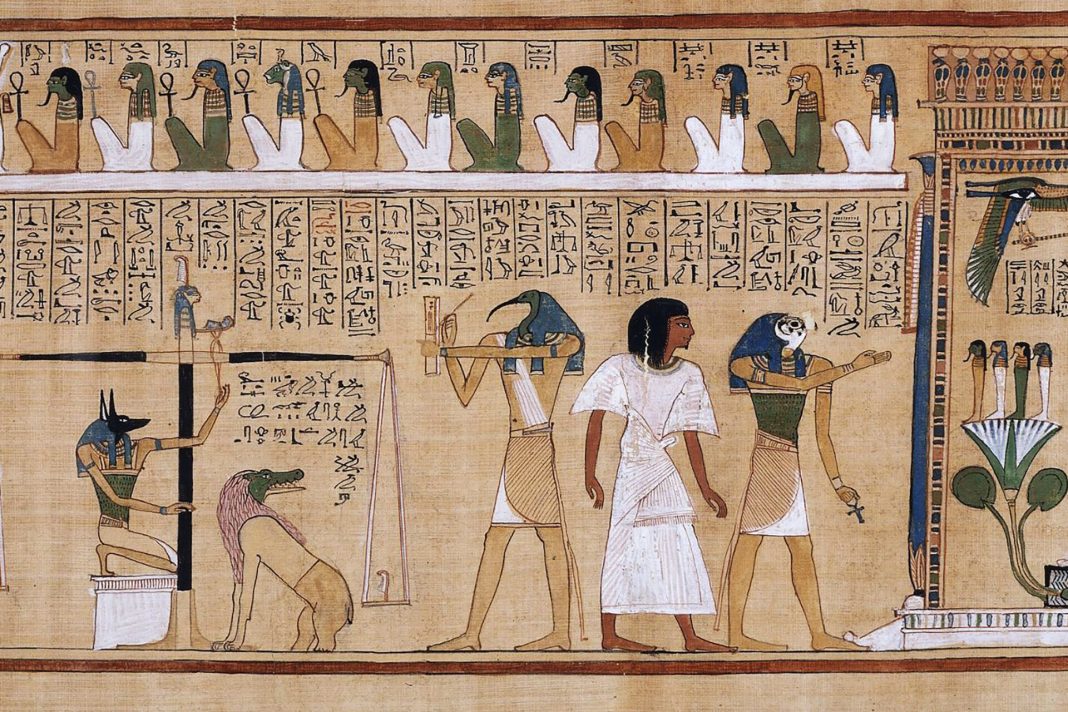 With its rich history and culture, Egypt is one of the top archaeological destinations to visit. Ancient Egyptian inventions shaped the world to its current form of civilisation. Their technology and innovation range from basic tools to complex construction projects and works of literature that formed religions. Egypt gave the world its gigantic pyramids, beautiful Cleopatra, glorious Tutankhamun and many more immortal valuables that have an indispensable impact on many civilisations to come.

1) Egyptians came up with the concept of Paid Labour

We all wonder at some point or the other, who built the colossal Pyramids of Egypt? The answer we usually think of is captive slaves. But it is not the case. Contrary to popular belief, the Pyramids were built by paid labourers with paid sick leaves.
Recently uncovered graffiti found inside the Giza Pyramids unravelled some more light on this concept. They now believe these structures were built by 10,000 men, working in three months shifts at a time. The building of one single Pyramid took them around 30 years. Additionally, these men were well fed with around 21 cattle and 23 sheep every day.

2) The concept of Labour Strike existed in Ancient Egypt

An instance in ancient Egypt is similar to the labour strike concept in modern times.
The first-ever recorded strike took place in Egypt in 1152 BC. During the rule of Rameses III. The workers building a royal necropolis felt that they were underpaid. In protest, they organised a huge strike.
According to many records, after much discussion and addressing their grievances, the wages were increased. Following this, the workers resumed work again.

3) Another one of the Ancient Egyptian inventions is record keeping. Scientists today use their flood records about the Nile as a reference to understand rainfall patterns better.

4) Egyptians are responsible for making many early inventions, so it isn’t surprising that they are pioneers in the field of fashion as well. The world’s oldest dress is an Ancient Egyptian invention and it is 5000 years old!

5) Another one of the Ancient Egyptian inventions are clocks. They are also the first to have a year consisting of 365 days divided into 12 months.

In 525 BC the Egyptians fought a mighty battle against the Persians. Unfortunately, they lost this battle; Not because of their incompetency but because of an unusual weapon used by the Persians. i.e Cats!
Egyptians considered cats sacred and worshipped them. The Persians used this knowledge to their advantage and started using cats as a shield.
The Egyptians didn’t fire any arrows in worry of wounding their sacred animals. Sadly this led to their loss. This battle is a great example of psychological warfare.

7) Egyptian Architecture is influential in many famous constructions around the world.

In 1830, Andrei Muravyov went on a pilgrimage to holy places. When visiting Egypt, he was in awe of the ancient structures. Particularly the Sphinxes. Seeing that ancient sphinxes are on sale in Alexandria, Muravyov immediately sent a letter to the Russian Ambassador, proposing that they acquire the Sphinxes.

Today these 3500-year-old two Sphinxes are on display in St. Petersburg in front of the Imperial Academy of Arts.

Additionally, the designer of Statue of Liberty in New York took inspiration for the statue from the Nubian Monuments which was kept guard at the Abu Simbel temples in Egypt. Initially, the designer Frédéric Auguste Bartholdi planned to erect the statue depicting an Egyptian woman.

The Luxor Obelisks are a pair of two obelisks which stood at the portal of the Luxor Temple during the reign of Ramesses II. One of the obelisks was given to France by Muhammad Ali Pasha, the ruler of Ottoman Egypt in the year 1833, in exchange for a mechanical clock. Today the obelisk of Luxor stands at the centre of the Place de la Concorde.

There are more Egyptian obelisks in Rome than anywhere else in the world, including Egypt. The most recognised obelisk is the one that stands in the Vatican City. Caligula’s obelisk is 4000 years old and weighs around 326 tonnes. Today, it is the only ancient Egyptian obelisk standing in Rome since Roman times.

8) First accounts of mild vandalism are found in Ancient Egypt

When the mighty Alexander the Great conquered Egypt, many Greek-Romans paid a visit to Egypt as tourists. They started carving their names on the tombs of the Valley of the Kings stating ” so and so was here, the work of these Egyptians is great”.

Another one of the great Ancient Egyptian inventions is Cryptography. Cryptography is writing texts in the form of codes to protect them. The first evidence of cryptography is found in the tomb of the nobleman Khunumhotep II, in an inscription which was carved around 1900 BC. The scribe had carved unusual hieroglyphic symbols in place of more ordinary ones. This is the oldest text to incorporate such methods of writing.

11) Ancient Egyptians and their contributions to mathematics

As seen from their impressive architectures, Ancient Egyptians made great contributions in the field of mathematics. They had a good grasp on the concepts of mathematics such as geometry, algebra, the decimal system, the number system and fractions. The Ancient Egyptians were also the first civilisation to solve and develop quadratic equations.

Ancient Egyptians held great regard for knowledge and so did their rulers. Under the decree of Pharaoh Ptolemy II, all ships visiting the city of Alexandria were obligated to surrender their books to the Great Library of Alexandria. These books were copied. The original book was kept at the library and the copy was given back to the owner.

Another one of the famous Ancient Egyptian inventions are Board Games. Ancient Egyptians loved playing board games and invented many such games. A popular bronze age game was Hounds and Jackals, it had one player choose hounds pegs and the other Jackals pegs. It was primarily popular in the middle kingdom.

In the popular 1956 movie,’ The 10 commandments’, Pharaoh Seti and Nefretiri are playing Hounds and Jackals.

There is evidence of teeth implants in ancient Egypt. Archaeologists often find mummies with teeth transplants and ivory teeth. In 2500 BC Ancient Egyptians tried stabilising teeth using ligature wires made of gold.

The earliest pregnancy test dates back to 1350 BC in Egypt. The method involved urinating on wheat and barley seeds. The sprouting of these seeds indicates that one is pregnant. Surprisingly studies show that this test has an accuracy of 70%!

16) Egyptians and their contributions to mental health

In ancient times, disorders of the mind were deemed as madness. Contrary to their European counterparts, Ancient Egyptians had forward-thinking in this aspect.

There are records that show Ancient Egyptians recommend people with mental illness to indulge in recreational activities such as dances and painting to calm the mind.

17) You can thank the Ancient Egyptians for nose jobs and prosthesis.

18) The first vending machine is from Ancient Egypt

Another invention credited to Ancient Egyptians was the vending machine. The only difference is that this particular coin-operated vending machine dispensed holy water. After inserting a coin, it falls into a pan inside. The pan is fixed to a lever that opens a valve and lets the holy water out.

19) The Steam Engine was first invented in Ancient Egypt

Little do we know that the Aeolipile or the steam engine was invented in Alexandria, Egypt during the 1st century AD. However, It did not have any practical use in ancient Egypt. Sadly, It became technology lost in history until it was reinvented in the 17th century.

The last on our list of 20 great Ancient Egyptian inventions that changed the world is something we use in our day to day lives; toothpaste. That’s right! Egyptians started cleaning their teeth around 5000 BC. They cleaned their teeth using a paste made of mint, dried flowers, pepper, rock salt and water. They even used eggshells and ox hooves to clean their teeth, even though it often resulted in bleeding gums! 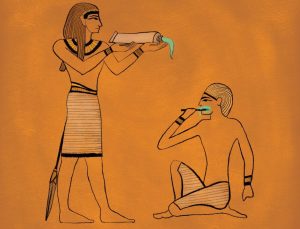