During the 19th century, London became a global city. It gained immense importance and consequently witnessed a boom in its population. The below pictures of Victorian London are taken by photographer John Thomson and journalist Adolphe Smith. They compiled them in their book ‘Streets of London’. It was an early example of social documentary photography and showcased 19th century London street life.

1) A picture of a second-hand furniture store in 19th century London. 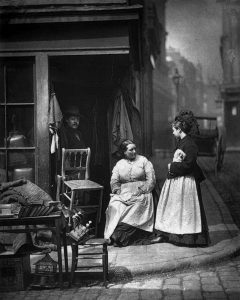 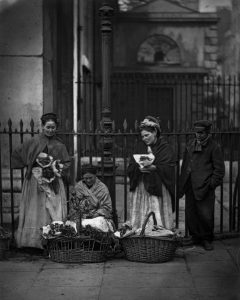 3) An encampment of Gypsies near Latimer Road in Notting Hill, 1877. 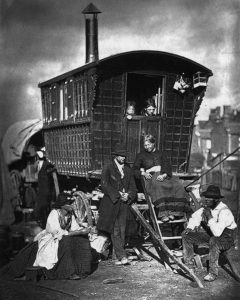 4) A street photographer getting ready to click a picture of a Victorian couple. 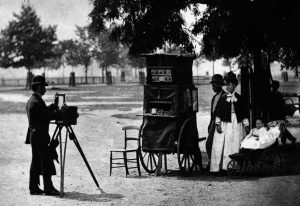 5) A group of men enjoying beers outside The Wallmaker, a public house. 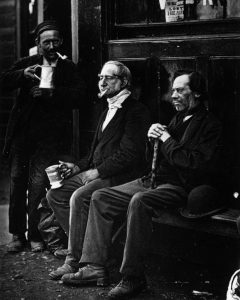 6) A street procession on Guy Fawkes Night. Also known as Bonfire Night, it is an annual celebration to commemorate Guy Fawkes. 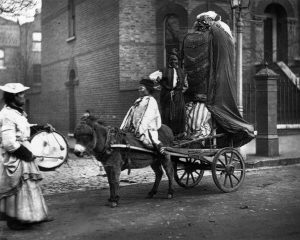 7) A picture of a water cart pulled by a horse. Additionally, children used to often run behind these and play in the water sprayed by the cart. 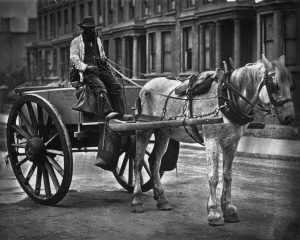 8) The below picture depicts a dining room for ex-convicts. The owner of the establishment is seen speaking with Ramo Sammy, a local drummer known as the ‘tam tam’ man. 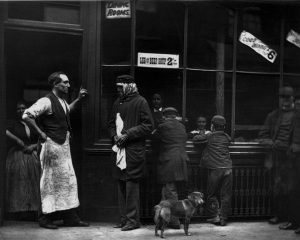 9) A 19th-century picture of a locksmith mending locks at his stall in London. 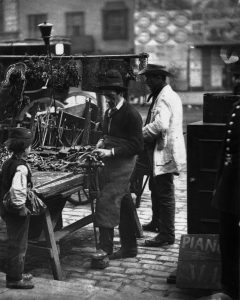 10) A picture of Mush-Fakers and ginger beer makers with their cart. A mush-faker essentially sold, made and repaired umbrellas. The word ‘mush’ comes from mushroom since an umbrella looks like one. And faker was an old term for repair or mend. 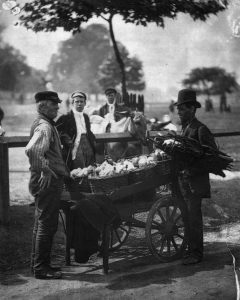 11) A picture of an Italian iceman selling halfpenny ices in Victorian London, 1876. 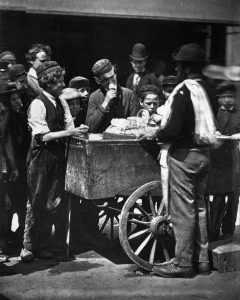 12) The Hansom cab was a popular mode of transportation in Victorian London. The transport’s predecessor was the sedan chair. 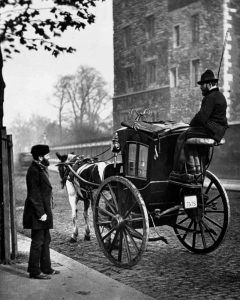 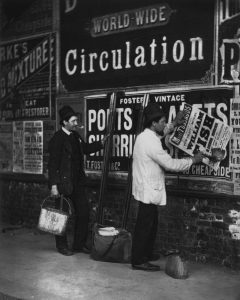 14) A picture of the British Army recruiting sergeants outside a public house at Westminster. 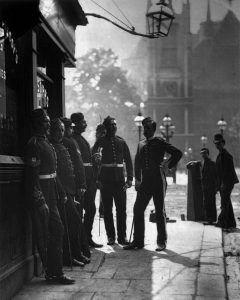 15) A picture of a Costermonger selling fresh fish from his cart in the street market between Seven Dials and Five Dials in London, 1877. 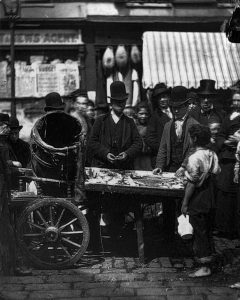 16) A man selling fancy ornaments from his barrow. 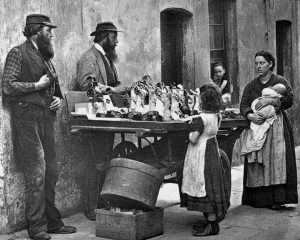 17) A picture of horse-driven carriages navigating on London’s Oxford Street, 1890.

18) A picture of Walworth, South London. 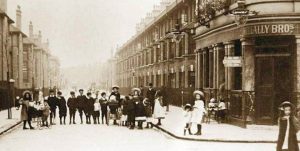 19) Another picture of London’s Oxford Street during the 19th century. 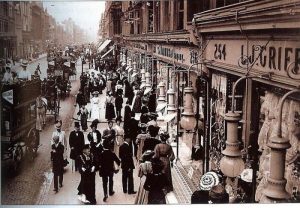 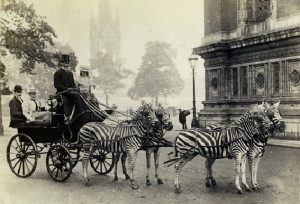 Enjoyed the above article? You may also enjoy Job Hunting in the 1930s- in pictures