Yoshiko Kawashima was a Qing dynasty princess who descended from the Manchu ethnic minority in China. However, she wasn’t your ordinary royal as she served as a Japanese spy during the Second Sino-Japanese War. Due to her significant role in the war, she titled the Mata Hari of the Far East.

Let us take a look at Yoshiko Kawashima- The Chinese Princess Who Spied For Japan.

Born in 1907, Yoshiko Kawashima was born Aisin Gioro Xianyu. She was one of the 38 children born to Prince Shanqi, a Manchu prince related to the Qing Dynasty.

In 1911, the Chinese Revolution or the Xinhai Revolution ended China’s last imperial dynasty, thus establishing the Republic of China. Subsequently, her father’s Japanese friend Naniwa Kawashima adopted Aisin Gioro at the age of 8. She then went on to live at Naniwa’s Tokyo mansion. Here they rechristened her as Yoshiko Kawashima, a name she would use forever.

2) Yoshiko Kawashima was an unconventional princess

Kawashima broke all princess stereotypes. During her adolescence she rode a horse to school, cross-dressed as a man and even cut her hair into a bob and later a buzz cut. Additionally, Kawashima desired to be a third gender as well. These aspects made her stand out from Japan’s conservative society.

At the age of 20, her adoptive father arranged her marriage to Mongol prince Ganjuurjab. However, the marriage lasted only a few years and ended in divorce. She soon left her home and travelled to different places. In 1930, she landed in Shanghai.

For a long time, Japan reserved special rights over Manchuria. Hence after the unification of China in the 1920s, they felt threatened about their position in the land. Consequently, the Japanese Kwantung Army in Manchuria decided to take matters into their own hands. The troops planted weak explosives along the Japanese-controlled South Manchurian Railway. They then accused Chinese saboteurs of this act and used it as a pretext to invade and control Manchuria. After the Japanese invasion of Manchuria, it was renamed Manchukuo. Finally, everything was under their control. Now they just needed to make it legitimate. For this job, they had the perfect candidate: Yoshiko Kawashima.

While in Shanghai, Kawashima met Ryukichi Tanaka, a military expert of the Japanese Army. Subsequently, she started working for military intelligence. It was her Mongolian and Manchurian connections that made her the army’s perfect recruit. She subsequently started working as a spy for General Kenji Doihara. 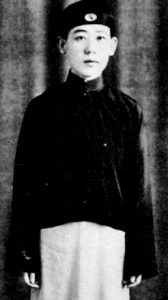 4) The Japanese were finally ready to set up a Manchurian puppet state. They only needed a pliable imperial figurehead. This is where Kawashima came in as she was well-acquainted with the deposed Qing Emperor Puyi. She was thus instrumental in persuading him to become a figurehead ruler for Manchukuo.

Although the degree of her involvement is debatable, Kawashima played a significant role in the Shanghai Incident of 1932.

According to Ryukichi Tanaka, who was also Kawashima’s long term lover, he was paid 20,000 yen by the Japanese Army to aggravate tensions between the Japanese and Chinese in Shanghai. He allegedly gave half the money to Kawashima with the instructions to pay people to stage violent riots and brawls. This plot ultimately worked and was instrumental in strengthening Japan’s position in China.

6) The Beauty in Men’s Clothing

The 1933 novel The Beauty in Men’s Clothing is based on the life of Kawashima. However, due to censorship rules, the book was presented as a fictionalised version of her exploits.

7) The Japanese approached Kawashima again; this time to lead an army

Kawashima took command of an army of 3,000-5,000 men while using the alias Jin Bihui. Subsequently, her army was tasked with helping repress Chinese resistance forces in Manchukuo. She was successful in her task and the Japanese were able to quell the rebellion and gain valuable land. 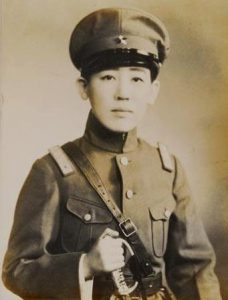 The people considered her a hero when she got back to Tokyo. She began to enjoy her stardom and attention. Additionally, she often exaggerated her exploits and even considered herself the Manchurian Joan of Arc.

9) However as more and more time went on, her popularity became an annoyance for the Japanese military

Yoshiko Kawashima soon became a popular and well-known figure, making appearances on radio broadcasts and even giving public speeches. The newspapers published several fictional and non-fictional stories of her deeds. However, her increased popularity was creating issues with the Japanese Kwantung Army, as for them her value as an asset had diminished. Additionally, her critical tone against the Japanese military’s policies in Manchukuo diminished her value as a propaganda symbol. Thus by 1940, Kawashima had faded from public sight. 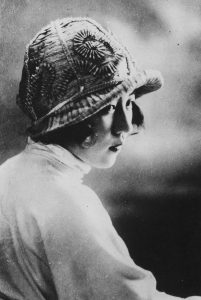 Towards the end of the 1930s, Kawashima had gotten addicted to opium and her mental state was slowly deteriorating. By 1945, she returned to Japanese-occupied Beijing and stayed there until the end of World War II. 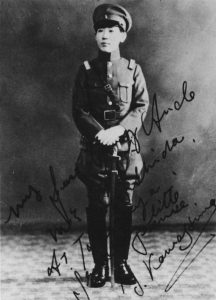 11) After Japan’s formal surrender in September 1945, the Chinese forces regained all their lost territories including Beijing.

Kawashima’s decision to live in Beijing probably wasn’t the best. The thing is Kawashima’s adoptive father had never formally registered her as a Japanese citizen and as per the records, Kawashima was a Chinese citizen who worked for the Japanese military in the invasion of the Chinese lands. And this was unacceptable for the Chinese.
The Chinese Forces then arrested Kawashima. During her trial, the people labelled her a hanjian, or ‘race traitor’. She was subsequently charged with treason and sentenced to be shot. On March 25, 1948, Yoshiko Kawashima was executed by a bullet shot into the back of her head.

Enjoyed the above article? You may also enjoy Nieves Fernandez- the silent killer during World War II

Previous articleThe Battle of Somme- in pictures
Next article10 Interesting Facts About Dr. Seuss That You Must Know!