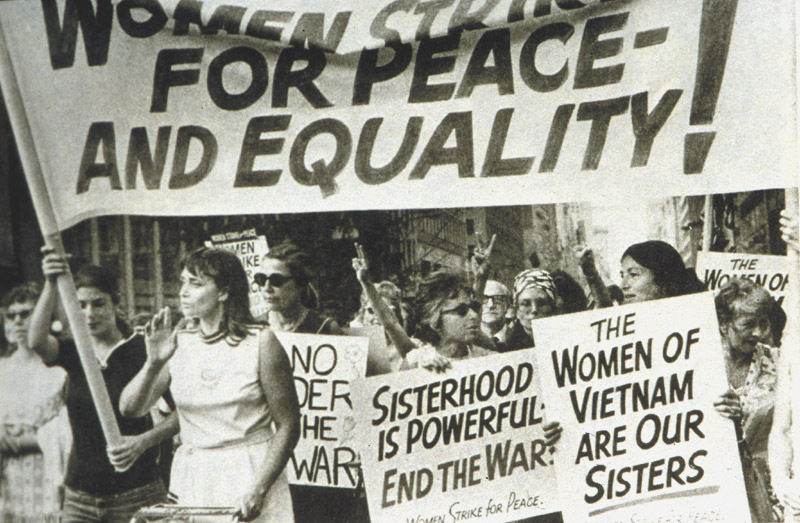 Several cultures worldwide worship female goddesses. But, our society and the law fail to give women all the rights they deserve. For centuries, women’s rights activists fought battles for equal treatment. They have demanded everything from the Right to Vote to sexual freedom. Read about 10 such powerful women and read some inspiring quotes by women’s rights activists.

1. Bella Abzug – A law graduate who fought for women despite having received several threats.

During the 1960s and ’70s, leading politician and liberal activist, Bella Abzug, was best known for her contribution to women’s rights. In 1961, she organised a Women Strike for Peace and established the National Women’s Political Caucus to promote women’s issues. Abzug was a law graduate from Columbia University and undertook the infamous Willie McGee rape case, even though she received several threats.

In 2001, Hillary Clinton became the first-ever American first lady to gain a public office seat. In 2016, she was the first woman in US history to become a political party’s presidential nominee. “Human rights are women’s rights and women’s rights are human rights” is a phrase that is used in several feminist movements. It’s most prominent usage was made by Clinton in 1995 at the United Nations Fourth World Conference On Women, Beijing. She has fought for young girls’ and women’s rights several times. One of the most prominent rights being a woman’s right to make her own decisions on her health.

3. Malala Yousafzai – A young activist who didn’t give up even after being shot.

In 2014, seventeen-year-old Malala Yousafzai became the youngest recipient of the Nobel Peace Prize. She went against all the odds and demanded girls’ education in Pakistan, despite the Taliban’s disapproval of it. Eight years ago, she survived an assassination attempt by a Taliban shooter. In 2013, Malala delivered a speech at the United Nations and published her book; I Am Malala. To honour her contribution, the United Nation’s Secretary-General Ban Ki-moon declared July 12th as ‘Malala Day.’

4.  Sojourner Truth – From the world of slavery to demanding political rights for women.

Sojourner Truth was a women’s rights activist and abolitionist. She escaped from slavery with her infant daughter in 1826. Truth is famous for her speeches concerning racial inequalities, the most significant one being “Ain’t I a Woman?” delivered at Ohio Women’s Rights Convention, 1851. Additionally, she is instrumental in sponsoring universal suffrage, prison reform and property rights. In her speech, Truth demanded political equality for women.

5. Betty Frieden – The women’s rights activist who urged women to step out of traditional roles.

Betty Frieden was a women’s rights activist, writer and feminist who co-founded the National Organization for Women. She also authored the famous ‘The Feminine Mystique’ in 1963. Frieden expressed her idea of women performing non-traditional roles. Moreover, Frieden did more than just speaking about gender stereotypes; she pushed women to participate in politics and fought for abortion rights. In 1971, Frieden helped create the National Women’s Political Caucus.

6. Simone de Beauvoir – A brave woman who was ahead of her time.

Simone de Beauvoir, a French writer, made a significant contribution to the modern feminist movement. Her most famous work of fiction, The Second Sex, is considered an important part of the campaign. In her book, she criticised patriarchy and the second rate status which is extensively given to women. Although today it is one of the best works of feminism, at that time, it sparked controversies.

It’s no surprise that former first lady Michelle Obama continues to inspire thousands of women worldwide. Since her time in the White House, she has strongly advocated for several women’s rights. Some of the most prominent ones being supporting female education. Her initiative “Let Girls Learn” began in March 2015 and its motive was to educate 62 million young girls. She also gave an inspiring speech at the State Department Women of Courage Awards, 2009, urging women to stand up for themselves. Michelle Obama speaks about her causes with so much passion that she is one of the most dedicated women’s rights activists.

8. Jeannette Rankin – The force behind the 19th Amendment of America.

Jeannette Rankin was the first woman elected into the US Congress. She helped pass the groundbreaking 19th Amendment, allowing women the right to vote. Moreover, she was a pacifist and was the only Congressperson to vote against World War One and two. After having tried several careers, Rankin found her calling through the suffrage movement for women. In 1914, women in Montana, her home state, voted for the first time.

9. Emmeline Pankhurst – The woman who led the fight for women’s rights in the United Kingdom.

Emmeline Pankhurst was the Women’s Social and Political Union’s founder. The union fought for women’s enfranchisement in the United Kingdom. Its members were known as suffragettes and their slogan was “Deeds Not Words.” An early supporter of the Women’s Franchise League, Pankhurst wished to franchise all women, regardless of their marital status.

Last but not least, author Susan B. Anthony was the president of the National American Woman Suffrage Association. She was also a speaker, suffragist and abolitionist. Anthony was undoubtedly one of America’s strongest women as she led America’s women’s right to vote movement. Moreover, she also advocated other women’s rights, such as the right to property. Along with Elizabeth Cady Stanton, in 1852, she established the Women’s New York State Temperance Society.

“An idea built the wall of separation between the sexes, and an idea will crumble it to dust.” – Sarah Moore Grimké

“I recognize no rights but human rights – I know nothing of men’s rights and women’s rights.” –  Angela Grimke

“Let men be compelled to wear our dress for a while and we should soon hear them advocating a change.” – Amelia Bloomer

“One is not born, but rather becomes, a woman.” – Simone de Beauvoir

“Who knows what women can be when they are finally free to be themselves.” – Betty Friedan

‘Masculine and feminine roles are not biologically fixed but socially constructed.” – Judith Butler

Enjoyed the above article on powerful women’s rights activists and their inspiring quotes? You may also enjoy 5 badass women pirates who showed the men how to handle the high seas