21 Interesting facts about the Incas 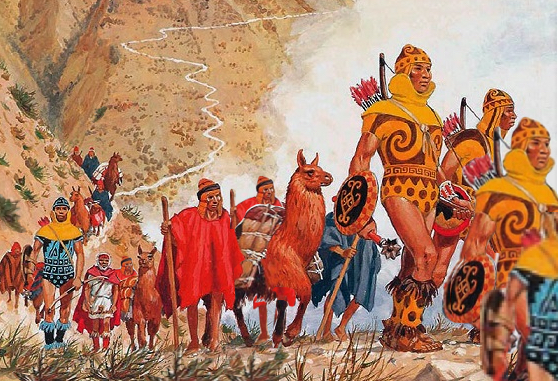 The Inca Empire was one of the major civilisations of pre-Columbian America. The empire essentially thrived from 1438 to 1533. The Incas are celebrated for their architecture, innovative agriculture techniques, communication and record-keeping. The Inca empire is so fascinating that we couldn’t help but create a list of interesting facts about the Incas!

Read 21 Interesting facts about the Incas

In Quechua (the official language of the Incas) Inka meant ‘ruler’ or ‘lord’ and was used to refer to the ruling class. Contrary to popular belief the Inkas were only a small percentage of the total population. They were only numbering 15,000-40,000 but were ruling a population of around 10 million people. It was the Spanish who adopted the term ‘Inca’, for them it was an ethnic term to refer to the entire population of the Inca Empire rather than just the ruling class.

2) The Incas were the first potato cultivators in the world. And they even used potatoes to treat injuries!

3) The empire did not have any fixed currency or any central market. The Incas grew their own food and for the people, food and services were currency instead.

5) Another impressive aspect of Incan engineering was the rope bridges. They were suspended over canyons and gorges and were made out of ichu grass. Additionally, these bridges were regularly repaired by the local villagers. One still standing example of their rope bridges is the keshwa chaca, near Huinchiri, Peru.

The Inca messengers operated in pairs called ‘chasquis’. The chasquis were required to carry messages and gifts up to 150 miles daily. They operated in pairs so that while one was asleep the other could be awake and ready to receive any incoming information. Additionally, the Incan roadways had various resting places and storage depots along the way.

7) The creation of roads was their speciality. Their roads stretched all the way from Chile to Columbia which was roughly a distance of 3,250 miles. This means that the Inca Empire was larger than the Roman Empire!

8) The Incas did not use wheels for transportation, they travelled on foot and via llamas. 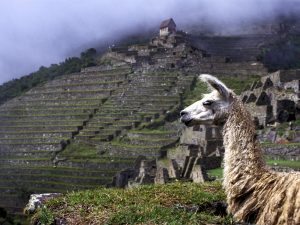 9) The Inca Empire had a high infant mortality rate. Hence they referred to the infants as ‘wawa’ after their birth. Additionally, the Incans celebrated a child’s coming of age ceremony once they turned three years of age.

10) The Incas also had adept knowledge of medicine. According to evidence dating back to 2000 years ago, they performed complex surgeries such as trepanation, and had a success rate of 90%!

11) Another interesting fact about the Incas is that they had no writing system. They maintained their records via a system known as quipu, which used knotted strings to refer to a certain amount of information.

One of the most important and famous sites of the Incas was the Machu Picchu. King Pachacuti Inca Yupanqui built the famed Inca citadel in the 15th century. Today, Machu Picchu is designated a UNESCO World Heritage Site and is recognised as the Eighth Wonder of the World.

13) The Incas were polytheistic which meant that they worshipped many gods. They also believed that their gods significantly influenced their daily life and had control over the natural world. Moreover, for them, their ruler the ‘Sapa Inca’ was part-God.

For the Incas, human sacrifices were a must for appeasing the gods and for a better harvest. Hence they regularly sacrificed humans during important rituals for the prosperity of their kingdom.

15) They also notoriously sacrificed children during the Capacocha ceremony. The Incans performed it during events such as the death, ascension to throne or illness of the Sapa Inca. And it was also a part of the rituals for a better harvest or for stopping natural calamities.

16) Recently, the frozen mummified bodies of 3 Incan children were found preserved in the ice of Mount Ampato. The first girl discovered was named Momia Juanita (mummy Juanita). In 1995, she was titled as the ‘World’s Top 10 discoveries’ by Time Magazine. 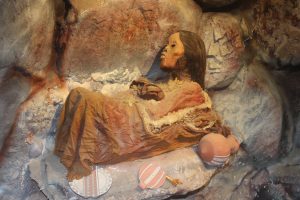 17) Another interesting fact about the Incas is that their architecture was earthquake-proof. The best example being Machu Picchu.

18) The Sapa Inca wore a new outfit every day. And after he used an article of clothing, it was subsequently burned. A group of women known as the ‘chosen women’ ensured that their ruler had enough clothes to wear.

20) Another interesting fact about the Incas is that the noblemen wore gold and silver plugs. Additionally, the Sapa Inca wore really big and heavy plugs which would stretch his ears out. Due to this style, the Spanish later nicknamed them orejones, meaning “big ears”. 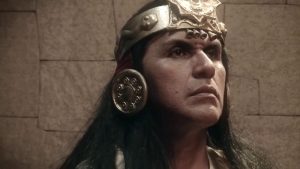 21) The fall of the Inca Empire

The last in our list of interesting facts about the Incas tells you about the fall and end of the mighty empire. The empire essentially fell to Spanish conquistadores under Francisco Pizarro. During the last Incan Emperor Atahualpa’s rule, the empire was experiencing serious internal problems. Additionally, most of the population had fallen prey to diseases brought in by the Europeans.

Pizarro took advantage of the situation and imprisoned the Incan King. Atahualpa tried to bribe Pizarro with wealth and riches but in the end, Pizarro executed Atahualpa through strangulation, thus marking the end of the 300 years of Inca civilisation.