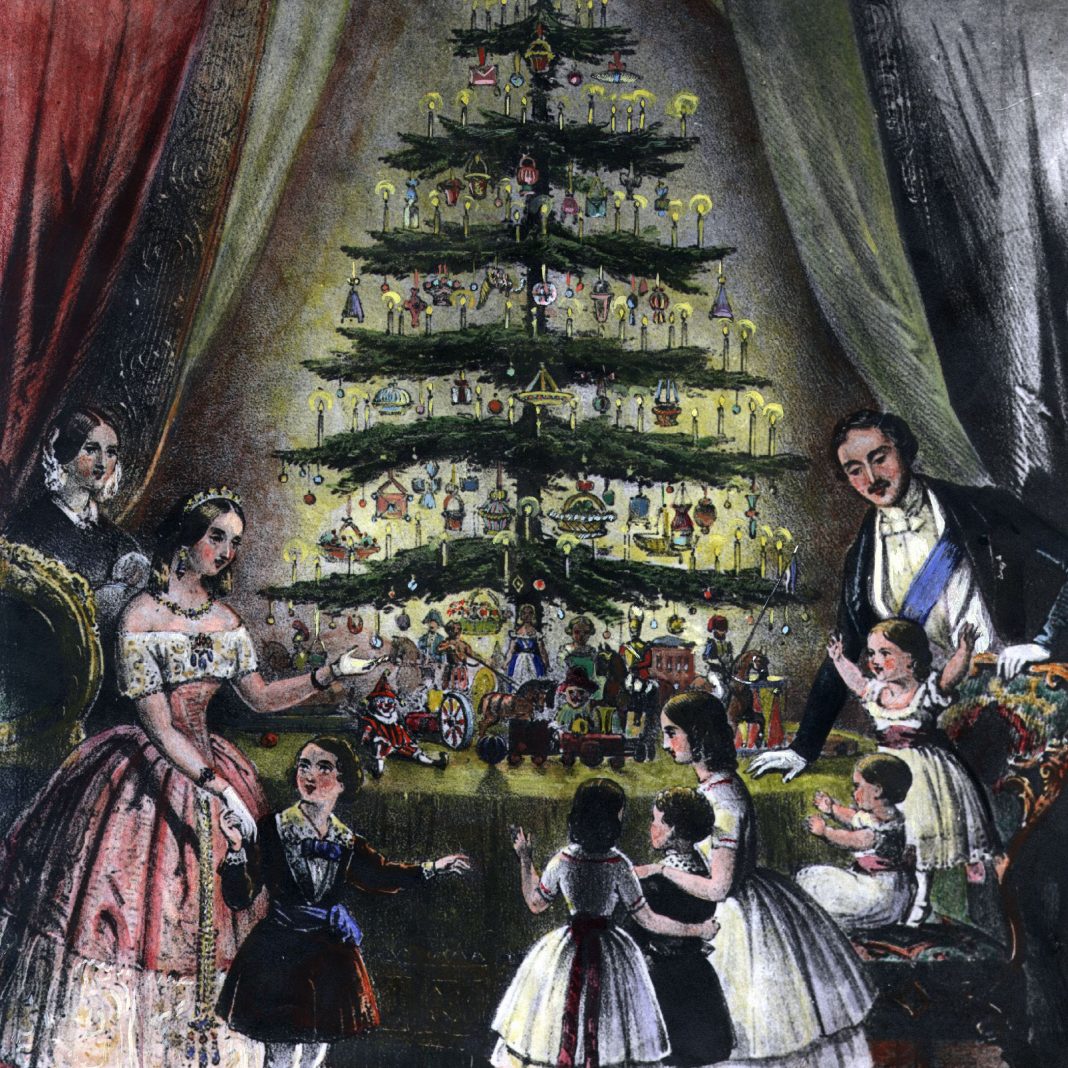 Christmas or Xmas, however you say it, is a widely celebrated festival. It is celebrated on the 25th of December annually to commemorate the birth of Jesus Christ. The word essentially means mass on Christ’s day. Customs around the world include the exchanging of gifts, watching the nativity play, completing an advent calendar or wreathe, decorating a Christmas tree and singing carols. Christmas has been celebrated for centuries and consequently, it has a vast history.

Let us look at the History of Christmas- Facts, Traditions and Origin

Ages before the arrival of Jesus of Nazareth, the middle of the winter was a time for celebration for many cultures around the world. Notably, for the pagans, it was a time to celebrate the winter solstice. For the Germanic tribes and the Norse people, the festival called Yule was celebrated on December 21 annually to honour the wild hunt, the god Odin and the Pagan Anglo-Saxon Mōdraniht. In correspondence to the current Christmas traditions, the pagans had traditions such as yule log, yule feast and yule singing.

The Ancient Romans celebrated the festival of Saturnalia in honour of the god Saturn. The festival started a week before the winter solstice and continued for the month. According to the Roman calendar, the winter solstice fell on the 25th of December. A notable aspect of the festival was role reversal. Here the servants acted as masters, thus acquiring the freedom of speech without the consequence of facing punishment. Additionally, the Romans followed the tradition of gift-giving.

3) Why is Christmas celebrated on the 25th of December?

Contrary to popular belief, for the first 3 centuries of Christianity’s existence, the birth of Jesus wasn’t celebrated at all. The most important celebrations of the religion were Epiphany on January 6 and Easter. The first mention of December 25th as Christ’s birth is in an early Roman calendar dating back to 336 A.D.

But was Jesus Christ really born on December 25th? Well, as there is no such evidence the answer is probably not. The Holy Bible doesn’t mention his birthdate and nor does the nativity story. At the end of the 3rd century, the church officials settled for this particular date, most likely because they wanted it to coincide with existing pagan festivals such as Saturnalia. Another reason the Western church settled on this date is that they ‘accepted’ March 25 as the Immaculate Conception of Jesus in Mary’s womb, hence the date 9 months later which is December 25 is of his birth.

4) The origin of Christmas eve

Christmas eve is the day before Christmas. Many churches ring bells, sing prayers and carols in the evening. Additionally, since Jesus was born at night, the churches hold a Midnight Mass to commemorate his birth. Perhaps, another reason for celebrating the evening before the big day is based on the fact that among the ancient Jews a day began at 6 in the evening and continued until 6 the following evening.

5) Christmas gained great prominence during the High Middle Ages and the nobles threw lavish feasts to celebrate the event. King Richard II of England also famously threw a feast during which 28 oxen and 300 sheep were eaten!

6) During the Middle Ages, the festival revolved around misrule, drunkenness, promiscuity and gambling. In the tradition ‘misrule’, a peasant would be crowned as ‘lord of misrule’. Consequently, presiding over the ‘feast of fools’, where eager celebrants played a part of his subjects.

7) Christmas was once banned!

Christmas soon became associated with drunkenness and disruptive behaviour. And as a result, the Puritans banned it during the 17th century. However, the ban was lifted after the restoration of King Charles II to the throne.

The pilgrims of New England shared the same beliefs as the Puritans. As a result, Christmas was not a holiday in early America. And they even outlawed its celebration in Boston from 1659 to 1681. 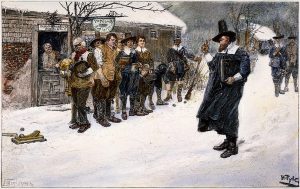 8) After the American Revolution, Christmas fell out of favour as it was considered an English custom and it wasn’t until June 26, 1870, that it was declared as a federal holiday.

9) Americans celebrated Christmas by embracing and updating Christmas traditions brought in by the immigrants. And during the following years, they built a Christmas tradition of their own with customs such as decorating trees, sending holiday cards and gift-giving.

10) The origin of Santa Claus

Santa Claus is a beloved figure for all children. He comes bearing gifts but do you know of his origins? Santa Claus is actually based on a Christian monk named St. Nicholas, who lived in Myra, Turkey around 280 A.D. He was a patron of many people and became associated with being a bringer of gifts and a protector of children. However after the reformation in the 1500s, saints like Nicholas fell out of favour in much of Northern Europe, but the Dutch colonies refused to erase the image of St. Nicholas as a gift-bearer. Hence when Dutch immigrants came to America, they brought Sinterklaas with them.

It was Washington Irving’s 1809 Knickerbocker’s History of New York which first portrayed St. Nicholas as a pipe-smoking individual who flew over rooftops in a wagon and delivered gifts to good boys and girls. However, it wasn’t until the late 19th century that the image of Santa became standardized as a man dressed in a red and white suit with fur trim who drove from the North pole in a reindeer-driven sleigh.

11) The Christmas tree originated in Germany

The Christmas tree is the evergreen fir tree. Evergreen trees and plants were a part of winter festivals long before the advent of Christianity. The Romans, for example, used evergreen trees to decorate their temples during the winter solstice as they represented new life and fertility.

The concept of the modern Christmas tree originated in Germany as many Christians brought trees in their homes and adorned them with gingerbread, nuts and apples. And during the 19th century, the custom became popular in the European royal courts and noble houses. As the Germans emigrated around the world, the custom of the Christmas tree spread as well. 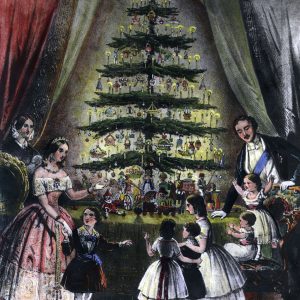 12) The official colours of Christmas are red, green and gold. Red symbolises the blood of Jesus Christ. Green symbolises eternal life and gold is associated with one of the 3 gifts of the magi.

13) One of the oldest Christmastime tradition- the nativity play

St. Francis of Assisi and his disciples in Italy performed the first nativity play in 1223 A.D. He performed the play using wooden figurines and over time his play grew popular. Soon real people starting acting in the plays and sang songs commemorating the birth of Jesus. 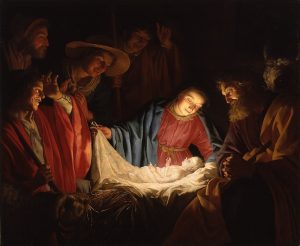 1) The usage of the term ‘Xmas’ dates back to the 16th century. The letter ‘X’ in the word comes from the Greek letter ‘chi‘, the initial letter in the word Χριστός which means Christ. Hence Xmas became an acceptable abbreviation of Christmas.

2) The first song broadcasted from space was the Christmas carol ‘Jingle Bells’. It was played by the astronauts aboard the space flight Gemini 6 on December 16, 1965.

3) The luxury hotel in Spain, Kempinski Hotel Bahia has a Christmas tree worth $15 million! Precious diamonds and ornaments adorn the tree.

Enjoyed the above article? You may also enjoy 13 Facts About The Mystical, Whirling Dervish

Previous article21 Interesting facts about the Incas
Next article110 Important historical facts that you must know!