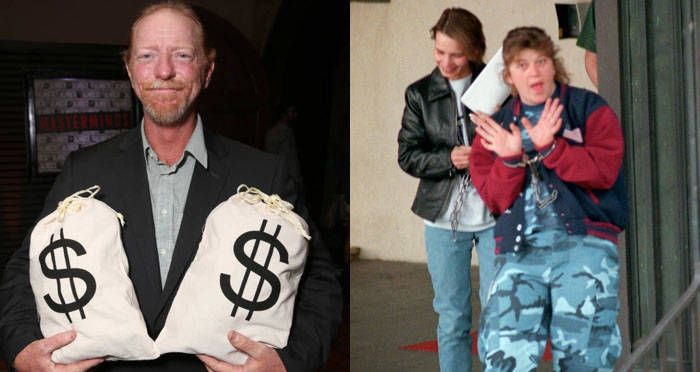 Bank heists are ideally supposed to have meticulous planning right? Well, we bring to you a bank heist so ridiculous and poorly planned, that you will think ‘I can plan a better heist!’. We are talking about the 1997 Loomis Fargo heist. It was committed by David Ghantt and the heist subsequently inspired the comedy movie ‘Masterminds’.

Let’s take a look at David Ghantt And The Ridiculous Loomis Fargo Heist.

1) David Ghantt is underpaid and unhappy

David Ghantt worked as a vault supervisor for the armoured cash vehicles at the Charlotte, North Carolina branch of Loomis, Fargo & Co. Ironically even though he worked for a company that moved millions of dollars every day, he was relatively underpaid. After years of working hard, the realisation hit him that he was working “75-80 hrs a week for $8.15 an hour” which left him feeling “unhappy”.

2) A joke that gave birth to an idea

David Ghantt struck up a friendship with Kelly Campbell, a coworker who saw eye to eye with him. They both made jokes about their work and how they would rather rob the place than continue with their underpaid job. They soon realised that their joke was not a far-fetched idea.

One day, Campbell met up with Steven Chambers, an old high school classmate and a small-time crook. He then broached the possibility of a robbery to Campbell; who subsequently introduced Ghantt to Chambers.

As Ghantt was fed up with his underpaying job, he was receptive to the idea and the three started planning a heist.

3) Ghantt, Campbell and Chambers come up with a plan

Their plan was fairly straightforward: Ghantt was to remain in the vault after his shift on the night of the heist, October 4, 1997. Subsequently, he was to take out as much cash as he could and load it up in a van. Ghantt would then take a bulk of the cash, as much as could legally be carried across the border without questions, and flee to Mexico.

Meanwhile, Chambers would hold on to most of the cash and send Ghantt small amounts of money as and when required. Once the heat from the robbery died down, Ghantt would return back to the United States and the cash would be evenly split among all of the co-conspirators.

On October 4, 1997, at about 6:40 p.m, Ghantt successfully entered the vault and according to the plan starting loading up the cash in the van. However, he had not perceived the weight of a large sum of money. In the end, he carried as much as he could and just tossed it into the van. Ultimately, the sum amounted to $17 million. Next, he went to the manager’s office and took out the tapes from two security cameras. Finally, despite a few hiccups, Ghantt successfully made his way to Mexico with $50,000 in hand.

The next morning, Loomis Fargo employees were unable to open the vault. Consequently, they called the police. As Ghantt was the only employee absent, he was marked as the obvious suspect.

The police’s suspicions were further confirmed once they viewed the security cameras. In his hurry, Ghantt had simply overlooked the third security camera. Upon viewing it the investigators saw exactly what had taken place that night.

6) An open and shut case

Within the next two days, investigators found an abandoned van with the security tapes and a staggering $3.3 million! The robbers left it behind as they simply didn’t have room for all that cash. This was all the evidence the authorities needed. Now they only had to track down Ghantt and his accomplices.

The bandits had such a sudden influx of cash that they didn’t know how to spend it. In fact, they got carried away and upgraded to a sudden lavish lifestyle. The irony is that before the Loomis Fargo heist they had all agreed to keep their spending to a minimum. However, they didn’t heed their own advice.

In less than a month after the heist, Chambers and his wife moved out of their trailer and relocated into a 7,000-square-foot, $635,000 mansion. They didn’t stop there, they then proceeded to buy luxury cars, big-screen TVs and other extravagant items.

As they had so much money, Chambers’ wife thought it would be a great idea to deposit a chunk of it into a bank. But as she didn’t want to seem suspicious, she just asked the teller, “how much could she deposit without attracting the attention of the feds”. Further stating that “it was not drug money”. The ludicrous thing was that the bundles of cash still had Loomis Fargo bands stuck on them.

8) The Federal investigators had difficulty closing the case due to the sheer number of people involved. They knew they had to act fast and 6 months later in 1998, they found their silver lining.

9) Ghantt is short of funds

David Ghantt was living an equally luxurious life in Mexico. However, he was running short of funds. He needed more money, consequently, he called up Chambers and asked him to wire him some. What the men didn’t know was that the FBI was listening to their phone call. 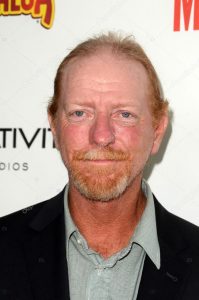 10) Meanwhile, Chambers planned to keep all the money for himself by eliminating Ghantt

Chambers essentially put a hit on Ghantt. However, the irony was that the same hitman who was sent to assassinate Ghantt ended up becoming friends with him.

11) Finally, the FBI successfully tracked down Ghantt and arrested him at Playa del Carmen. The next day Chambers, Campbell and few other conspirators were arrested as well.

Ultimately, eight co-conspirators were indicted for the Loomis Fargo bank heist. In total, 24 people were convicted and all but one of the accused pleaded guilty. Also charged with money laundering were innocent relatives and friends who had co-signed safe deposit boxes. David Ghantt was sentenced to seven years in prison and Steven Chambers was sentenced to 11. Additionally, all the stolen cash was recovered or accounted for, except for $2 million.

After Ghantt’s release from prison, he took up a job as a construction worker. He was eventually approached to be a consultant for the 2016 movie ‘Masterminds’, which is based on the Loomis Fargo heist.

Ultimately, even though the film is a slightly exaggerated version of the actual events, it is not far from reality.

Enjoyed the above article? You may also enjoy The Legend of the Green Man: Raymond Robinson