6 Dark Secrets The Vatican Doesn’t Want You To Know 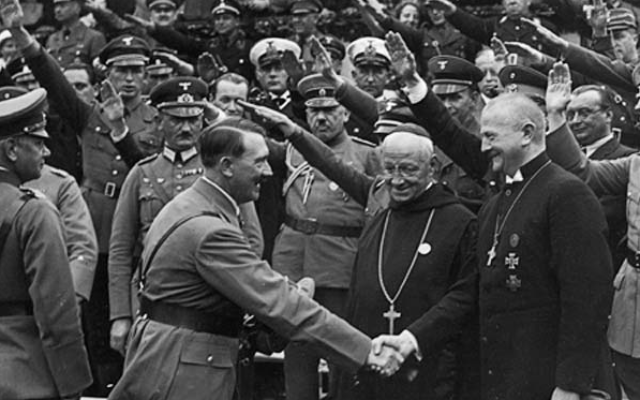 6 Dark secrets the Vatican doesn’t want you to know.

At the same time, it is a hub of controversy. The Holy See governs The Vatican and the pope rules it. Surprisingly the city has a small population and it is the smallest sovereign state on Earth. The current ruler of the Vatican is Pope Francis, the first pope in history who is from the Americas.

The Vatican has been around for quite some time and has its fair share of secrets, some dark and sinister.

1) The late Chief Exorcist of The Vatican performed 160,000 exorcisms throughout his ministry.

The first on our list of 6 dark secrets The Vatican doesn’t want you to know are the numerous exorcisms they have performed. An astonishing fact is that the Catholic church performs exorcism even in modern times. The late Chief Exorcist of The Vatican Father Gabriele Amorth states that he has performed tens of thousands of Exorcism over his sixty-plus years as a priest!

Additionally, popes have also performed exorcisms. Father Amorth states that in 2009 Benedict XIV slammed “satan” out of two guys and in 2000 Pope John Paul II attempted to exorcise a woman but failed to do so. Father Amorth later witnessed the ‘possessed’ woman crawling up the walls like a spider.

2) The Scandalous Vatican Bank- Dealings with Hitler and others!

A. The Vatican Bank’s dealings with the Nazis

The Vatican Bank, also known as the Institute for the Works of Religion (IOR) has done numerous shady deals. The most controversial is their dealings with Hitler. Yes, you read that right!

A substantial amount of tax was paid via The IOR so that it couldn’t be tracked by other western banks. It is at this point that the IOR became known as the world’s top offshore bank. The catholic church made use of the IOR to store billions of dollars and it never fully revealed the extent of these dealings to the public. Hence we will never know how much the IOR made off from the Nazis. 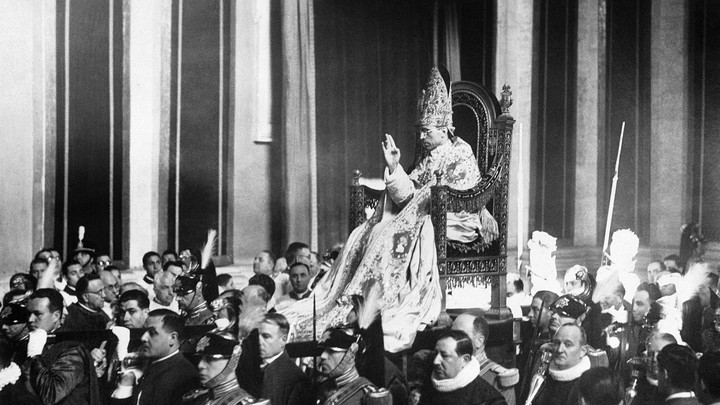 The Vatican is a sovereign state and hence they get away with a few things. One of them being the ability to withhold transaction information from authorities. Roberto Calvi took advantage of this fact.

Roberto Calvi was the chairman of the Italian Banco Ambrosiano. He earned the name ‘God’s Banker’ due to his connection with the Vatican. The IOR was its largest shareholders. During Calvi’s term, he moved the bank and The Vatican’s accounts into illegal offshore accounts. Out of which the IOR took a substantial cut.

In 1982, the authorities found a hole in Ambrosianos’ finances and subsequently the bank collapsed. The Vatican never admitted to any wrongdoings and simply paid €214m in a settlement.

C. The Vatican did a tax evasion of 13 billion euros!

The Vatican enjoys a property tax break for all non-commercial properties containing a chapel. Using this loophole, between the years 2006 and 2011, The Vatican evaded taxes that amounted to 4 billion Euros. The European Court of Justice ruled this illegal and The Vatican had to cough up 4 billion Euros as post-dated tax.

The Vatican did not entirely pay for evading taxes. It is argued that if you take into account the taxes they evaded dating back to 1992, the amount would be way over 13 billion euros!

3) The Vatican put a dead Pope on trial

Another one of the dark secrets of the Vatican is that the Catholic Church put a dead man on trial. The posthumous trial of Pope Formusos, an event known as Cadaver Synod took place in 897 AD. Pope Stephen VI conducted the trial against a man who was already dead for 7 months. Pope Formusos was charged guilty of illegal papacy. Subsequently, his body was exhumed, dressed in the pope attire and brought to the papal court for judgment. Pope Formusos was found guilty and his papacy declared null and void.

4) The secret conscience court of The Vatican.

The Vatican has a secret court for sins based on conscience. The bishops who handle such hearings are the Apostolic Penitentiary, also known as the Tribunal of Conscience. Created by Pope Alexander in 1179, it was a secret to the public until 2009. The sins judged in this court vary from spitting out or the desecrate of a communion wafer to priests breaking their vows of celibacy.

Sinners who seek absolution have to write a petition to the Holy See. They have to use pseudonyms to protect identities and submit the petition to the tribunal. The tribunal considers the matter but the decision making lies with the Major Penitentiary, if he is uncertain then he submits the matter to the pope. Additionally, up until the 18th century, heinous crimes such as rape and murder were judged by the tribunal.

The Vatican and Nazis have quite a connection! After World War II, Europe was a hostile place for the Nazis and many fled to numerous South American countries. The Nazis fled from Europe using routes known as ratlines. The Vatican knowingly gave them a helping hand. A researcher at Harvard Gerald Steinacher states that the Vatican’s aid was based on the factor of the revival of European Christianity and fear of the Soviet Union.

Additionally, The Vatican was behind creating false identities for numerous Nazis. The Vatican declines to comment on this.

There is a lot of mystery and speculation surrounding the Vatican Apostolic Archives until recently called the Vatican Secret Archives. The 6th dark secret that The Vatican doesn’t want you to know already has the word ‘secret’ in it! The archives contain all the documents The Church collected throughout the centuries. Contrary to popular belief, the word ‘secret’ in the former title denotes private and not confidential. Most of the archives are accessible to the public. Although some documents truly remain confidential.

We wonder what The Vatican is hiding!?  I guess some things are meant to be kept secrets.