15 interesting facts about Machu Picchu that you need to know 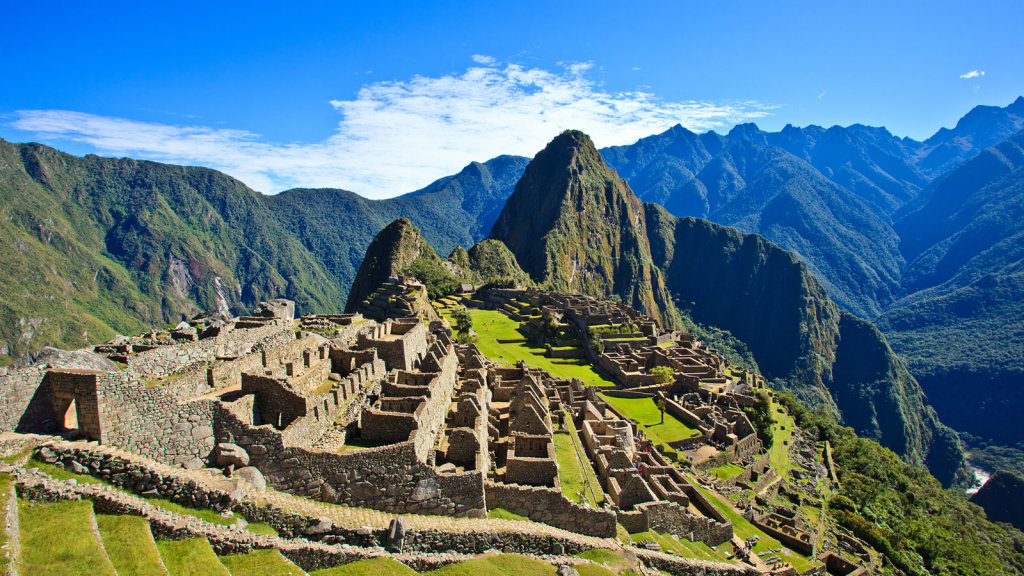 Machu Picchu is one of Peru’s most famous archaeological sites and an icon of the Inca Civilisation. Built-in the 15th century, it is an Inca Citadel located in the Eastern mountain range of Southern Peru. The Incas built it around 1450 but later abandoned it. The site remained unknown to the world and only the local peasants knew about it. American Yale historian Hiram Bingham discovered it and brought it to global attention in the year 1911. Additionally, UNESCO designated it a World Heritage Site. And since 2007 it is one of the New Seven Wonders of the world. With such a unique history Machu Picchu has a lot of interesting facts surrounding it.

Read 15 interesting facts about Machu Picchu, the icon of the Inca Civilisation!

1) Contrary to popular belief, Machu Picchu is NOT the Lost City of the Incas

Gene Savoy, an American Explorer is behind the discovery of the ruins of Vilcabamba in the year 1964. Its ruins are located near the Chontabamba River.

2) The Incas abandoned it 100 years after its construction

The question on everyone’s mind is why was Machu Picchu abandoned after 100 years after its construction? Historians still debate over the reason. The most widely believed reason is that after the capture of the last Inca Rebel Tupac Amaru there was no need to stay at the site. Another belief is that people began abandoning the site due to an epidemic of smallpox while some believe the reason was a shortage of water.

The Inca civilisation performed human and animal sacrifices to either appease the Gods or for a better harvest. So it isn’t surprising that altars were built at temples of Machu Picchu where these rituals were held. Machu Picchu has four temples which are the Temple of the Sun, the temple of the Condor, the Temple of Three Windows and Principle Temple.

A disturbing fact is that the Incan priests used children as sacrifices. Children were taken to high mountain tops and were sacrificed there!

Another interesting fact about Machu Picchu is that Earthquakes do not affect it. Peru is very prone to Earthquakes and it’s no surprise that so is Machu Picchu. Despite not using mortar, iron tools or the wheel, the architecture of Machu Picchu stands tall and that’s the beauty of it. The key to this feat lies in the rocks themselves.

The rocks used were extremely heavy and some weigh even over 55 tonnes! These rocks were pushed up the mountain using wood beams on Earth ramps. This would have required exceptional manpower. This extraordinary manpower primarily came from the fact that the Incans paid a tribute to the empire in the form of labour. This tribute is Mit’a which requires all men between the age of 15-50 to work on large construction projects.

Additionally, the engineers of the masterpiece made sure that the rocks used for construction were trapezoids and fit perfectly. Hence, when earthquakes hit the region, the stones would shake and simply fall back into place together.

Without this meticulous engineering, the Incan wonder would have fallen into rubble!

There are spooky stories of ghost hauntings surrounding the place. The ‘spooky hauntings’ usually involve Incan ghosts dressed in ceremonial robes. These ghosts are seen around the temples and on the trail towards the site. To shield themselves against the spirits, porters around the area sleep with a piece of mirror or shiny metal under them.

7) Peru VS Yale University: The battle of the Machu Picchu Artefacts

Between the years 1911 to 1915, Yale Explorer Hiram Bingham collected thousands of artefacts from the archaeological site. Taking them under a special governmental decree so that they could be studied at Yale University.

Peru officials stated that they loaned these artefacts to Yale for research. After World War I, Yale returned some of the artefacts but kept the rest, insisting that by current laws they are theirs to keep.

The Peru government simply couldn’t accept this and filed a lawsuit against Yale in 2008. The alumni of Yale had to step in and urge their alma mater into returning the artefacts. After a series of negotiations, Yale yielded and returned the remaining artefacts to the Peru Government by the end of 2012.

8) An ad shoot damaged a part of its astronomical clock

Another interesting fact about the Machu Picchu is that an ad shoot damaged one of its structures, the Intihuatana. It means ‘the hitching post of the sun’. Essentially it is a ritual stone and an astronomical clock or calendar of the Incas. It is an instrument that measures the time to celebrate the winter solstice. This celebration was one of the most important rituals of the Inca Civilisation.

9) No entry for Helicopters

An interesting and unknown fact about Machu Picchu is that it is in a no-fly zone. However, in the 1900s, the Peruvian government allowed flyover tours but banned them due to their harmful effect on the flora and fauna of the place.

10) Nudity trend at the Machu Picchu

In 2014, the trend of ‘nude tourism’ was popular at the historic site; with several tourists detained for taking nude pictures in front of the ruins. Subsequently, several Peruvian cultural ministers and directors had to make statements that such actions were inappropriate at the sacred site.

The Bollywood industry is known for its grand musical numbers in movies. So it isn’t surprising that the song ‘Kilimanjaro’ from the movie Enthiran was shot at the historic site. An interesting fact is that the Indian government had to get involved to get the appropriate permissions.

12) According to historians, the site housed around 300-1,000 people. These were known as the ‘llactas’, the highest social class of the Incas.

13) Additionally, the site comprises 150 buildings which range from temples, sanctuaries, baths and houses.

14) When translated from Quechua to English, the historic site means ‘Old Peak’ or ‘Old Mountain’.

15) The last interesting fact about Machu Picchu is that you can get your passport stamped at the entrance of the site.